Just wanted to plug another guest spot I did on the Gentlemen's Guide to Midnite Cinema this week. The regular hosts, Rick and Will, couldn't record together due to some scheduling issues, so me and Will ended up reviewing the Euro-crime flick BEAST WITH A GUN, and Rick got together with a fellow podcaster Scott to review ISLAND OF DR. MOREAU. Will and I were supposed to record a second review for WHO'LL STOP THE RAIN, but some unforeseen issues came up that prevented us from doing so. We hope to get together over the weekend or next week to record it and probably put out a bonus episode. I'll be sure to post an update here if we do. Hopefully those of you who don't normally listen to the show will check it out and let me know what you think. I wasn't sick this time, like when we did the HOWLING episode, so hopefully I sound better! 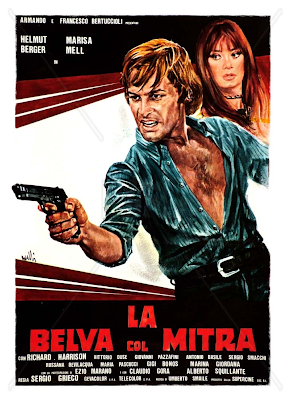