A love story (of sorts) set against the backdrop of a zombie outbreak caused by a meteorite that crashes into a small Japanese town. There's a rock n' roll twist, in that real-life band Guitar Wolf appear in the film to play a few songs and partake in some of the zombie-killing. Aside from the meteorite business (as well as an establishing scene of UFOs zooming towards Earth), shit kicks off when, after a gig, Guitar Wolf have a run-in with a sleazy nightclub owner that turns violent, resulting in said club owner losing a few fingers. One of the band's fans, Ace, somehow gets mixed up in the chaos, and as a result the band's vocalist (also named Guitar Wolf) initiates him into their circle and gives him a rape whistle to blow if he ever needs help. You see, not only are the band too cool for school, but they're also portrayed as these larger than life characters who have the ability to do extraordinary things, which is why the idea of them randomly showing up to help Ace if he blows a whistle seems believable. 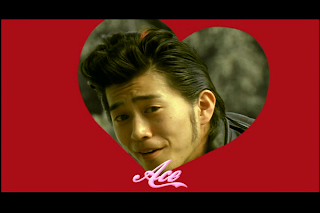 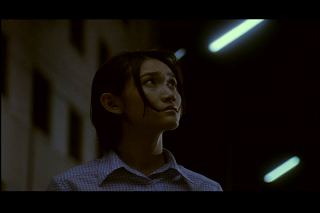 The band takes a backseat for most of the film, occasionally turning up when the movie cuts to one of their crazy live performances, and the focus turns to Ace as he meets a shy young woman named Tobio, whom he suddenly falls in love with. There's an unexpected reveal in regards to Tobio that derails Ace's plans to be with her, resulting in him having a moral dilemma of sorts and eventually distancing himself from Tobio. The vocalist of Guitar Wolf occasionally appears as the angel on Ace's shoulder (figuratively speaking), encouraging him when he's down and teaching him the importance of rock n' roll. The zombie outbreak gradually becomes more of a focus, going from a small group of the living dead randomly appearing to a full-blown zombie apocalypse by the end of the film. A few extra characters are thrown into the mix, Ace finally blows his special whistle, Guitar Wolf shows up to save the day, and certain characters bond and come to realizations about themselves in the midst of the zombie plague, all set to a loud rock n' roll soundtrack of various artists. 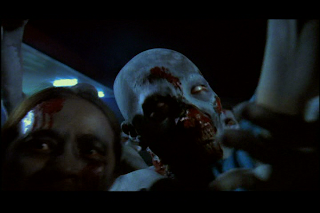 WILD ZERO is basically a cross between a genuine attempt at a splattery Zom-Com and a showcase for Guitar Wolf. There's hardly any signs of a traditional musical score in the film, if any, as the soundtrack is comprised of music by a number of bands who I'm honestly not familiar with. And if you're like me and not familiar with Japanese rock and punk, it's not the kind of music you'd be accustomed to. Their shit is fast, loud, and louder. Heavily distorted surf rock mixed with loud indie rock that sounds like it's being played through a boombox with blown-out speakers. When it comes to Guitar Wolf in particular, there's an emphasis on guitars, screaming, and volume (the drums sound like they're being played in the distance and the bass is inaudible amidst the noise). While the movie didn't necessarily sell me on the band's music, I liked their presence in the film, both as a live band and as characters. 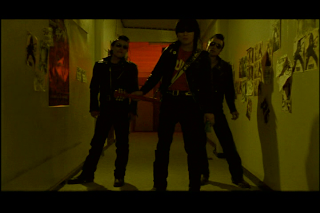 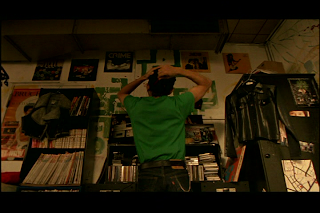 For being such an absurd and crazy film, I didn't find WILD ZERO to be all that entertaining or as fun as I'd hoped. Perhaps if I had played the WILD ZERO drinking game (see the Special features on the Synapse DVD for details), it would have been more enjoyable, but seeing as I'm not much of a drinker, I probably would have been shit-faced way before it was over.

If you're looking for gore, you'll get your typical zombie gore in WILD ZERO (exploding heads, throat rippings, and stretchy skin). There's some really bad CGI, but this is something that should be overlooked because of when the movie came out, and also because it borders on parody at times. One annoying thing about the film worth mentioning is that it keeps fading to black throughout, as if it were going to commercial or something. Even though I wasn't blown away by the film as a whole, I found WILD ZERO to be an enjoyable watch and a movie that I'm glad to have seen, but it's not something I'll watch again in the near future. As far as the music, regardless of whether you like it or not, the relentless soundtrack is used to great effect and helps the film maintain an appropriately chaotic atmosphere. While the horror and comedy aspects were pretty average to me, I loved the characters and thoroughly enjoyed seeing them band together during the film's climax to kick some zombie ass, leading to a fun feel-good ending in which Guitar Wolf himself slices a UFO in half with a sword.