Yes I am taking a brief hiatus from The Death Rattle, but, more importantly, I will be attending my first ever horror convention next month. I will be at HorrorHound Weekend in Indianapolis during the September 7-9 weekend. If you're gonna be there and you want to meet up for ice cream, or to talk about how amazing Elvira's boobs are, shoot me an e-mail at aarond_0999 at yahoo and we'll work something out! I will be posting another reminder right before the weekend of the convention as well. I would love to meet up with anyone and everyone during that weekend, so hit me up. 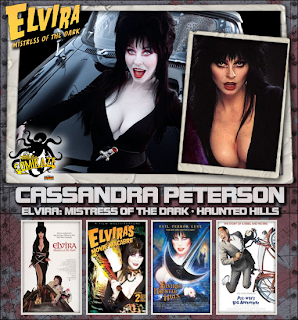 So, about this hiatus. I've actually been planning it for a few weeks now and it has nothing to do with a lack of interest on my part. Well, actually, that's a lie, but it mostly has to do with the fact that I have recently started dating someone and have a social life now, so I'm turning my back on The Death Rattle and the three people who actually read this. No, that's a goddamn lie too. Me dating someone? Yeah, and THE AVENGERS bombed at the box office. All kidding aside, I have a lot of shit going on and I simply don't have as much free time these days as I'd like to, so I'm taking some time off to focus on other less interesting things in my life. The plan is to take at least a month off, but we'll see how that goes. Chances are most of you won't even notice anyway.

Before I take a leave of absence, I'd like to leave you with some assorted linkage. The last couple of months, I've been recording some bonus material for the Gentlemen's Guide to Midite Cinema podcast that I haven't really talked about on here, so I'd like to take this opportunity to share some of these little endeavors of mine with you. 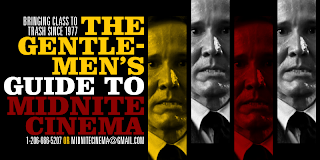 First and foremost, I had the opportunity to sit down and shoot the shit with one of the coolest bloggers around and someone who's been a friend and supporter of The Death Rattle for a long time, and that would be Richard Glenn Schmidt of the blogs Doomed Moviethon and Cinema Somnambulist, and hopefully some of you may also know him from his excellent podcast Hello! This is the Doomed Show. This interview was a lot of fun to do and we probably could have talked for hours and hours about random movies. Hopefully we get to do something like this again, but for now you can check out our interview by clicking the picture below.

Speaking of Richard, he returned the favor by inviting me on his show to review the insane French pregnancy-horror movie BABY BLOOD. You can check out our episode of Hello! This is the Doomed Show by clicking on the picture of the lovely gap-toothed Yanka below.

Richard wasn't the only blogger I interviewed for the Gentlemen's Guide to Midite Cinema. Taking a page out of Rupert Pupkin's book, I wanted to interview people who weren't necessary involved with the film industry but had a strong passion for it nonetheless, so I asked James Gracey from Behind the Couch to come on the show and talk about his Dario Argento book and his love for Italian horror films and Gialli. We also recorded a bonus review of the movie SPIDER LABYRINTH which is included on the same episode. You can download my episode with James by clicking the picture below!

A while back I had the pleasure of interviewing Simon Rumley for this blog. Since Simon was pretty cool while we corresponded for the blog interview, I asked him if he'd like to do another interview, except this time we could talk to each other and record it! Being the good sport that he is, he obliged and the results are available for your listening pleasure. I thought it would be fun to review a movie with him as well since it would be interesting to hear a filmmaker critique another film, and we did just that. He picked ANOTHER EARTH and we reviewed it together, which is also available on the same episode as the interview. You know the drill.

Lastly, me and some friends of mine got together and recorded a bonus episode where we reviewed the POLTERGEIST trilogy. There's a story behind this, which I talked about on the opening segment of the episode. Me, James McCormick from CriterionCast and CineAWESOME, and our mutual friend Ghetto Tim had so much fun talking about these classic horror movies (and movies in general) that the episode turned out to be three-and-a-half hours long! The feedback for this episode has been very positive, so who knows, this may eventually turn out to be a regular thing. I guess we're just gonna have to wait and see.

Also, I'd like to take the opportunity to plug some projects of a guy who I've gotten to know in recent months, and someone who's been a big help with things that I never publicly gave him credit for (getting legendary indie wrestler Mike Quackenbush to take part in my 13 Questions segment for one!), so I'm taking it upon myself to give you guys the scoop on what he's got going on. This mystery person that I'm talking about is Dynamo Marz of the band The Deadites, who was actually the first person to partake in 13 Questions (which you can read HERE). First of all, you can check out his band at their official website TheDeadites.com, and they also have an EP available on iTunes called "The Big Scary Monster Hunts at Midnight". If Lovecraft-themed electronic music with sexy female vocals is something that sounds like it would be of interest to you, The Deadites got you covered, boss. 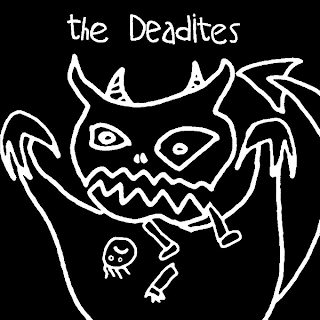 Finally, Dynamo and his partner-in-crime Johnny Wolfenstein just recently launched a podcast of their own called Trick or Treat Radio, where they talk about everything from music to horror movies to indie wrestling to comic books. The show is in its infant stages at the moment, but, from what I understand, they'll be putting shows out on a regular basis from this point forward, so subscribe to their show on iTunes and stay... uh... tuned! iTuned? Whatever. And, if podcasts aren't your thing, they also do a video show called the Cryptocast, which you can find on The Deadites YouTube Channel. It's a fun show with tons of guests and interesting segments, so check it out! 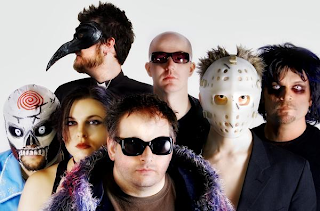