Gregory S. Burkart, along with myself, appeared on Trick or Treat Radio's 2012 Extra Special Halloween Special, albeit on different parts of the show. He's immersed in the world of music, be it writing about it on FEARnet.com or composing songs of his own. Once you're done getting to know Mr. Burkart a little more, you can follow him at the links below! 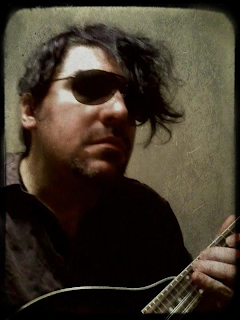 1. Who are you and where are you from?
I'm Gregory S. Burkart, and I'm more interested in where I'm going than where I'm from.

2. Where might people know you from?
I get around, but most people know me as the music reporter for FEARnet.com. I'm also a composer on feature films, shorts, ads, web series, lotsa stuff.

3. When it comes to what you do, who or what are your major influences?
I have many influences, since I do many different things for a living, but my first and most important would be the movies. My love of film got me into music and writing, and music and writing brought be back around to movies. Now they're all one and the same in my life.

4. What four peoples' faces would you put on your own personal Mt. Rushmore?
I'd keep Jefferson up there, but replace the rest with Carl Sagan, Werner Herzog and Mozart.

5. What's the last album you bought?
I think the last one was Claudio Simonetti's soundtrack to DRACULA 3D. I'm avoiding the movie itself because I know it won't live up to the music.

6. What are the last movies you saw in theaters and on DVD/Blu-Ray?
I saw a Halloween screening of YOUNG FRANKENSTEIN, which was fantastic. I watched EXCISION on DVD and wasn't that impressed... but I also streamed BEYOND THE BLACK RAINBOW on Netflix and thought it was incredible. Probably everyone else feels the exact reverse on those two. Fuck 'em. 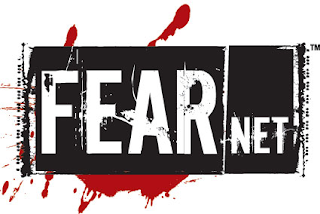 7. What's the last podcast you listened to?
Trick or Treat Radio, and not just because I was a guest on the Halloween show. You guys have me hooked on it now, you evil bastards.

9. What's the last book you read?
FLOATING DRAGON by Peter Straub. I think it's actually better than GHOST STORY, and it would make a kick-ass movie.

10. What are your favorite sports teams?
I'm a racing fan, so not so much teams as drivers: Fernando Alonso, Tom Kristensen, Danica Patrick (not just because she's hot), and Brandon Bernstein. 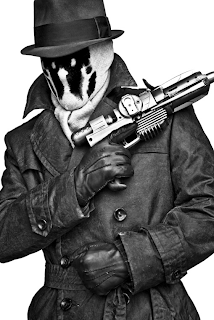 12. Create a playlist of ten songs that give people an idea of your musical taste.
Damn... well, here goes, and not in any particular order:

13. If you could spend the day at an amusement park with one person from the entertainment industry, who would it be and why?
Werner Herzog, no question about it. We'd get drunk, eat corn dogs and talk about how dreams are the only thing humans are any good at, then we'd pretend that that big swinging-boat ride is the ship from FITZCARRALDO and ride that fucker until we puke.