13 Questions: Brad of Hello! This is the Doomed Show

This week's 13 Questions guest is a cool dude, an occasional comment-leaver here on The Death Rattle, and co-host of one of my favorite Horror/Exploitation podcasts out there. Read up, get to know Brad a little, and please check out his great podcast, which you can find a link to at the bottom of the post! 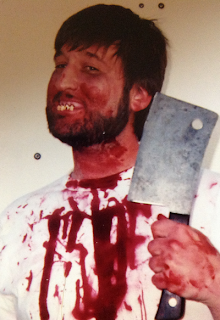 1. Who are you and where are you from?
My name is Brad Hogue and I live in Bowling Green, KY.

2. Where might people know you from?
I am the co-host for Hello! This Is The Doomed Show, a horror film podcast and an occasional contributor to doomedmoviethon.com and cinemasomnambulist.com

3. When it comes to what you do, who or what are your major influences?
Without Naschycast- The Podcast About The Films Of Paul Naschy (pitofrod.blogspot.com) I wouldn't be doing a podcast much less listening to them. Rod and Troy do an informative, entertaining show that takes an in-depth look at the films of Paul Naschy and various related Spanish Horror films. That led me to other great shows like B Movie Cast, GGTMC and others. I used to send them a thousand emails and they were kind enough to read them on the show and then Richard and I decided to start a podcast. Rod and Troy played our promo and gave us a lot of encouragement. So I love those guys.


4. What four peoples' faces would you put on your own personal Mt. Rushmore?
Edwige Fenech, Baghead Jason, Lucio Fulci and Richard Glenn Schmidt.

5. What's the last album you bought?
Wild Nothing's Nocturne. 80's flavored college rock. I like that sort of thing.

6. What are the last movies you saw in theaters and on DVD/Blu-Ray?
I saw the Evil Dead remake in the theater and it was far better than I was afraid it would be. The last bluray I watched was The 36th Chamber Of Shaolin, which I couldn't pass up for $9.99 on rare trip to Best Buy. 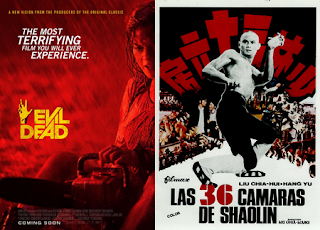 7. What's the last podcast you listened to?
Fatman On Batman. Kevin Smith brings the enthusiasm in conversations with folks various and sundry related to Batman. I highly recommend it. 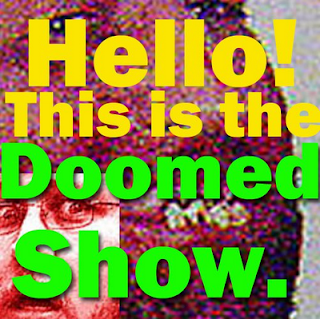 9. What's the last book you read?
The Burning Court by John Dickson Carr. I'm into locked room mysteries/impossible crimes at the moment and Carr is the master. And this one has a supernatural twinge to it.

10. What are your favorite sports teams?
The Kentucky Wildcats men's basketball team. I bleed blue. A wildcat would eat a cardinal. 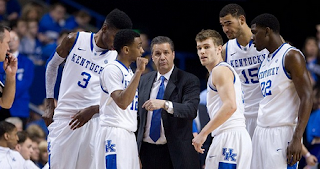 11. What cartoon or comic book character can you relate to the most?
I'd have to say Spiderman because I am a scientific genius and I was bitten by a radioactive spider that gave me super powers. I also married a redhead. So I suppose there are some similarities there.

12. Create a playlist of ten songs that give people an idea of your musical taste.
1. And Your Bird Can Sing- The Beatles
2. In Context- Field Music
3. Ease Your Feet Into The Sea- Belle And Sebastian
4. Telephasic Workshop- Boards Of Canada
5. Paris 1919- John Cale
6. Always A Relief- The Radio Dept.
7. Chasing Heather Crazy- Guided By Voices
8. Heaven Sent- Josef K
9. Vordhosbn- Aphex Twin
10. Telegram Sam- T.Rex

13. If you could spend the day at an amusement park with one person from the entertainment industry, who would it be and why?
John Carpenter. He directed my favorite film ever and he is my favorite director. He grew up in Bowling Green so that's a bonus. I figure we could just smoke cigarettes. I think I can outsmoke him. 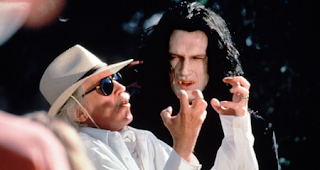