A chemist, who works for a company that knowingly produces diet pills with grotesque side effects, plans to contact the company's test subjects in a suburban neighborhood and warn them. He's halted permanently, however, when one of his colleagues drugs him with something that essentially melts his body from the inside out before he gets a chance to expose the corporation. The film then follows the oblivious test subjects as they individually meet the same fate as the fallen chemist. 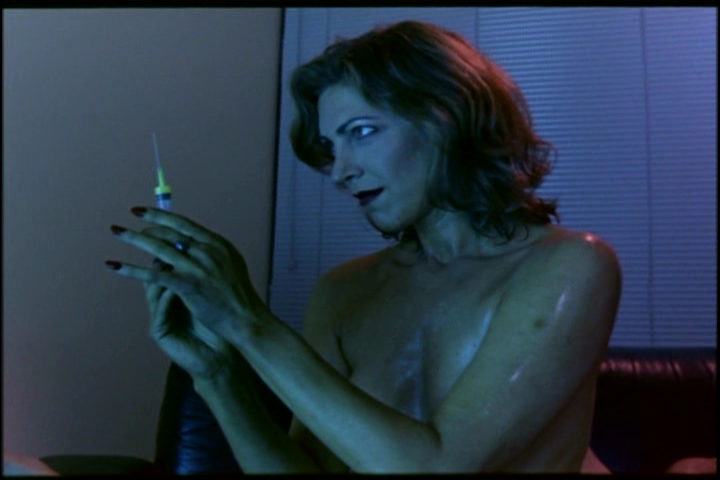 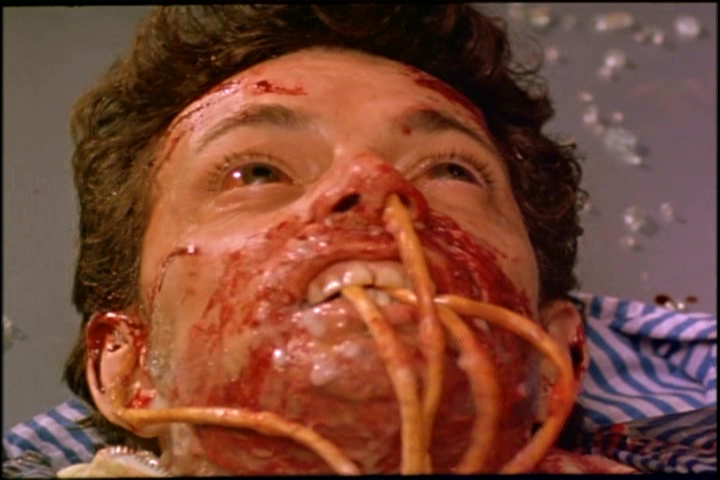 Among the many test subjects introduced are two horny teenagers who go on a road trip to meet up with some chick but end up getting lost and meeting a family of deformed people in the middle of nowhere. There's also a guy who seems to be a traveling salesman or some sort of businessman. Whatever the case, he undergoes a slow deterioration, beginning with intense hallucinations, particularly of a woman who looks like she was viciously assaulted by someone. Later we meet a family of four and a married couple expecting a child, so on and so forth. The only safe people of note are the two detectives who investigate the death of the chemist. Like I said: there are many. Which is both a good and bad thing. Good because it allows for more of the inevitable death scenes in which people implode or explode (or both). Bad because shit gets a tad confusing. 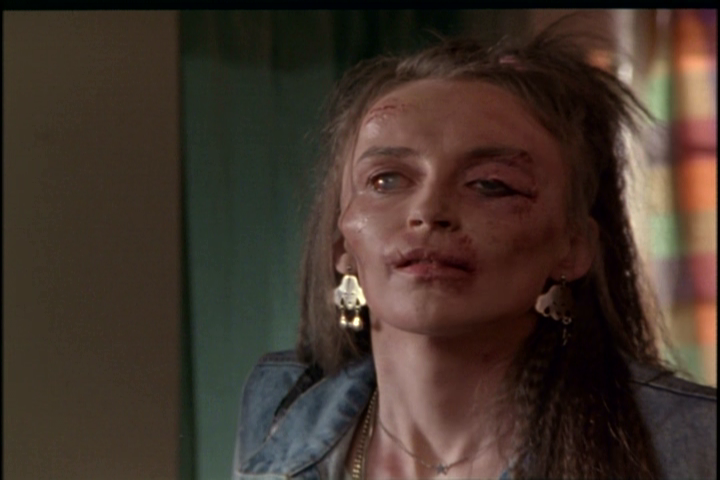 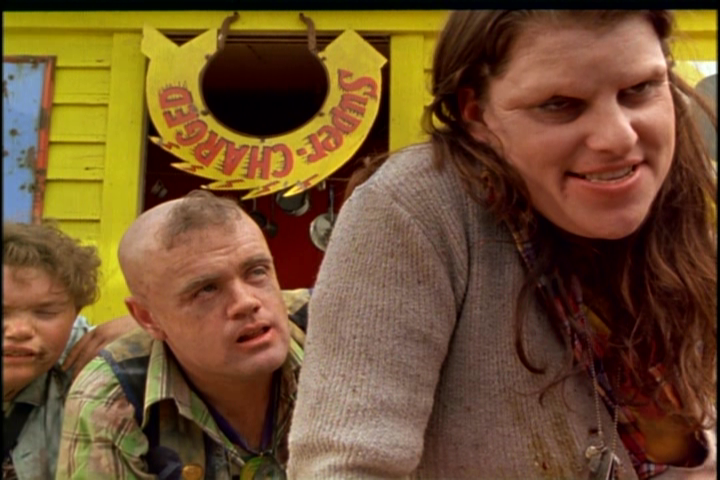 When it comes to storytelling in films, you have movies that over-explain things and leave nothing to the imagination, and you have movies that do a good job of giving you just the right amount of information to let you use your common sense and figure things out on your own. Well, this film does neither of those things. The story is pretty basic, but I honestly lost count of how many times I had to go back and re-watch scenes or exchanges of dialogue so I could get an understanding of what was what and who was who. I think one of the main problems goes back to what I said about there being too many characters who are introduced throughout the film, especially in the beginning. 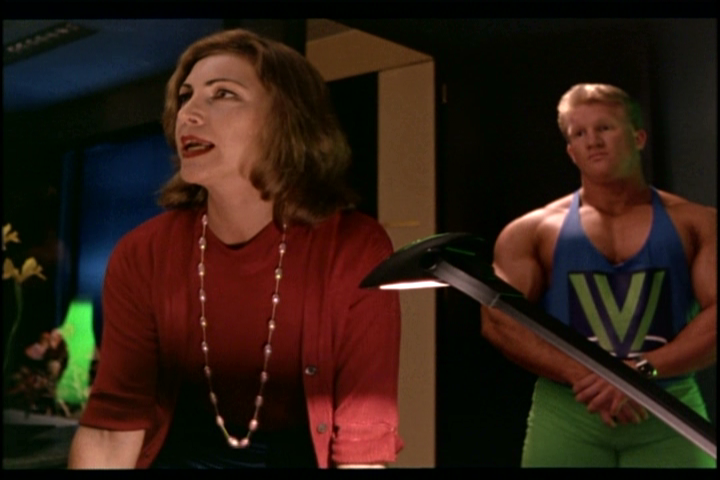 BODY MELT has a very obnoxious but quirky style. A lot of bright colors, dated fashion, and a goofy-ass electronic score. As a whole, it's not very cinematic. But, we do get a lot of gore sequences. If anything, the film delivers in that respect and lives up to its title. While disgusting (which is the point) and designed to make the viewer as uneasy as possible, the side effects I mentioned earlier are varied, so each "body melt" is sort of unique and quite the spectacle if you're into absurd Body Horror and exploding body parts. And trust me, if there's a body part capable of exploding and shooting projectile fluids in every direction, BODY MELT exploits them. Exploding penis? Check. Exploding womb? You betcha. 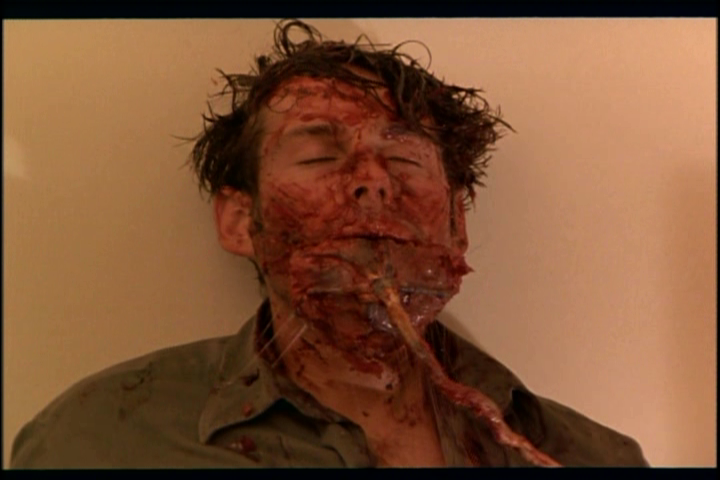 Ultimately, BODY MELT is a showcase of makeup effects with a weak story and ineffective comedy. I'm assuming a lot of you have seen already this, but, if you haven't and you're on the fence about it, I'd personally recommend this to Body Horror completists only. Otherwise, stick to John Carpenter's THE THING if you want creative gore sequences, outstanding makeup effects, and a solid story, or check out the various films that BODY MELT is inspired by instead. Apparently the director and his collaborator/co-writer Rod Bishop were inspired by Peter Jackson's early films, but, to me, it felt more along the lines of STREET TRASH or Frank Henenlotter's BRAIN DAMAGE.