An American couple traveling in Russia get caught up in some illegal activity. Paranoia ensues.

Because he made one of the best psychological horror movies of all time and easily one of the best movies of the last decade, director Brad Anderson will always be approved for a loan in the Bank of Death Rattle. In other words, I won't hesitate to see anything he does. TRANSSIBERIAN is one of the more recent films he made in between directing episodes of various television shows, including one of the few shows that I watch, FRINGE. The weird thing is, I didn't even know he directed it until, like, the day before yesterday. While I do regard him as an important filmmaker, he's not someone who's career I follow closely. It's nothing personal against Anderson, but it just comes down to me not giving a fuck about what so-and-so's making and what's coming out. I like to be surprised.

Roy and Jessie are an American couple traveling from China to Russia on a train after doing some volunteer work. Roy is the more enthusiastic of the two, and when he's introduced, he's established as an extremely optimistic God-fearing man, whereas Jessie just seems to be along for the ride, so to speak. In a way, they're complete opposites in terms of personality and their respective outlooks on the world, with the one thing they have in common being their love for each other, and even that's questionable. Jessie's loyalty, however, is put to the test once they meet another couple traveling abroad: the handsome Carlos and the quiet, nervous-looking Abby. 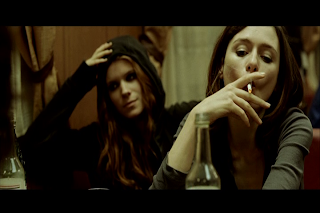 The first half of the movie, give or take, pretty much consists entirely of the two couples on a train and getting to know each other. Nothing particularly interesting happens until about a quarter of the way into the movie (a nearly two-hour movie, mind you), which is fine because it's obvious right from the start that this is goinna be a very subtle film. The subtlety can go either way, but in the case of this film it doesn't quite work. My personal belief is that, as a viewer, it's a movie's obligation to at least give me SOMETHING in the first act to grab my attention, or at least give me an idea of what the movie's gonna be about, and this film does neither of those things. It isn't until around the 52-minute mark that the ball gets rolling in terms of actual developments in the plot. 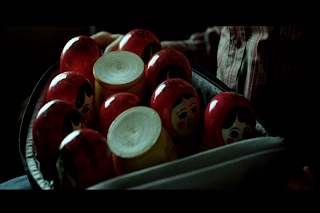 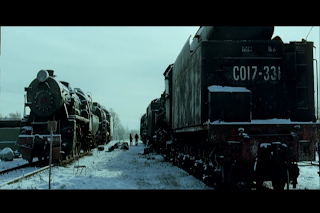 So what exactly is TRANSSIBERIAN about? Surely there's more to it than just two couples who we don't know a lot about on a train. As the movie progresses, slowly but surely, more and more is revealed about the mysterious second couple, Carlos and Abby. It's obvious as soon as you see them that there's something shady going on, but whether or not it plays out how you expect it to is another story. Somehow Jessie gets sucked in to whatever is they have going on, which leads to a sudden event in the story that later comes back to bite her in the ass. That's about the gist of it without spoiling anything. The strange thing is, a quick search for the film's synopsis tells you everything that the film takes over an hour to establish, which, in a way, spoils certain things about the plot.

Once the film takes a turn at about the half-way point, the pace picks up significantly and the otherwise slow film becomes a solid Hitchcockean thriller that borders on black comedy and, at one point, horror. Suddenly, everything that was once vague about the storytelling suddenly becomes crystal clear, and this is where the initial subtlety pays off. Everything that was established in the first hour, and even little things that were mentioned in passing that the casual viewer probably wouldn't have paid much attention to, are all tied up rather nicely. Was it enough to completely make up for how slow the first half was? Not quite, but it certainly saved the film from big a huge disappointment. 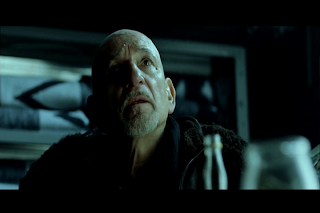 I failed to address a lot of things about the film that are worth mentioning, like Ben Kingsley's character, Emily Mortimer's performance, the great camerawork and score, and how much Eduardo Noriega looks like Eli Roth, but I think I've said enough about this film. When it was all said and done, I found this to be a worthwhile thriller and an achievement on a technical level, but was still pretty annoyed at how long the movie took to get going.