The wrestling promotion CHIKARA (home to previous 13 Questions guests Mike Quackenbush, Chuck Taylor, and The Batiri) has a serious ant problem, and this week's guest plays a big part in that. AssailANT, along with other members of the GEKIDO stable, invaded CHIKARA earlier in the year and still continue to make an impact despite being targeted by their arch rival and CHIKARA patriarch Mike Quackenbush. Having recently captured the NWA DAWG tag team titles with partner Joey Spades and quickly gaining a large following through social media, things are looking up for The Blue Ant. Once you get to know "The Biggest ANT in all of Pro Wrestling", be sure to follow him on Facebook via the link provided below! 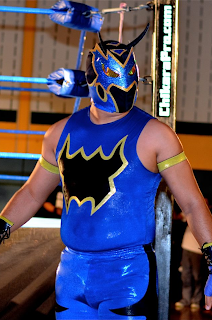 1. Who are you and where are you from?
My name is AssailANT and I'm from the Ant Hill! To find out more, go to http://www.facebook.com/blueantgekido for more Info.

2. Where might people know you from?
People will know me from when I (along with my Brothers) Invaded Chikara Pro as a member of Gekido!

3. When it comes to what you do, who or what are your major influences?
My Major influences are Rey Mysterio Jr., Eddie Guerrero, Shingo, Yamato and Kane.

4. What four peoples' faces would you put on your own personal Mt. Rushmore?
The Shard, CombatANT, AssailANT and DeviANT

6. What are the last movies you saw in theaters and on DVD/Blu-Ray?
In Theaters, The Dark Knight Rises. On DVD/Blu-ray, Kill Bill Vol.2 (Blu-ray)

7. What's the last podcast you listened to?
Colt Cabana's The Art of Wrestling 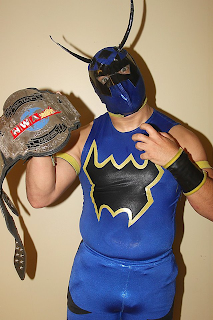 8. What's the last video game you played?
The Walking Dead, Fire Pro Wrestling and Borderlands 1 (All on Xbox 360)

9. What's the last book you read?
Secret Identity- Essay From Both My Lives by Mike Quackenbush

10. What are your favorite sports teams?
Sorry but Sports are Boring to me 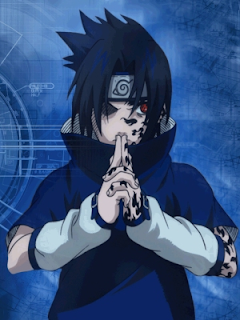 Sasuke Uchiha from the show, Naruto. He's Bad to the Bone, doesn't give a explanation why he does things and He and he alone knows why his clock works the way it does!

12. Create a playlist of ten songs that give people an idea of your musical taste.
Ant's Marching- Dave Matthew's Band
Billie Jean- Michael Jackson
When They Come For Me- Linkin Park
Invincible- Machine Gun Kelly
We are Young- Fun.
Enter Sandman- Metallica
Kill Everybody- Skrillex
Mayor que Yo Part 1(Older than me Prt. 1)- Mas Flow (Spanish Reggae Song)
Medicine Ball- Eminem
The theme of The Legend of Zelda- Orchestra


13. If you could spend the day at an amusement park with one person from the entertainment industry, who would it be and why?
Masashi Kishimoto (The Creator of Naruto) because I never read a comic book that reeled me in like Naruto! I would love to spend some time picking his brain to understand what his thought process is on what he's doing and maybe get some tips that can be turn into things I can use for wrestling.