With a new year comes a new beginning for this week's 13 Questions guesssst. Ophidian is a longtime roster member of the wrestling promotion CHIKARA. Once a fan favorite as a member of The Osirian Portal with former tag team partner Amasis, Ophidian has now aligned himself with the Batiri and is slithering through the competition. It's only natural (but a huge honor nonetheless) that a Cobra would sit down with The Rattle to let everyone know what he's into and what inspires him, so please read on and check out the links below to see where you can keep up with the Master of Snake Style. 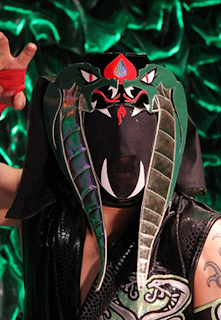 1. Who are you and where are you from?
I am the Venomous and Vile Serpent from the Nile, The one and only Master of Snake Style, Ophidian the Cobra. I originally hail from the 26th Egyptian Dynasty by way of the Portal of Osiris. Nowadays, I reside in the Isle of Snakes. Sometimes I hang out at Bled Island in Slovenia with The Batiri.

2. Where might people know you from?
For the fans of Independent Pro Wrestling, I’ve been a mainstay in CHIKARA for almost 6 years. I’ve also appeared in other promotions like CZW, Zero1 and DG USA.

Last Year, I was in a Viral Video called “The Most Illegal Move in the History of Pro Wrestling”. That ended up on those kind of TV shows that cover stuff like that and all over the internet. HE’S USING HYPNOSIS!!!!

3. When it comes to what you do, who or what are your major influences?
My influences come from all over! I’m not going to go too in depth about my influences from the wrestling industry. When I was a younger snake, performers like RVD and Rey Mysterio inspired me. As I got older, Chris Hero, Claudio Castagnoli and Mike Quackenbush got me off my ass to pursue Lucha Libre.

My major influences come in the form of Kung Fu films, Cartoons and Video Games. Shaw Brother’s Movies like 5 Deadly Venoms, House of traps, and 5 Element Ninjas are current sources of inspiration. I cannot forget to mention Tony Jaa and his crew for films like The Protector and Raging Phoenix. You can sprinkle a bit of Pinhead from “Hellraiser” and Alex from “A Clockwork Orange” in there. Every young reptile wants to be a Ninja at some point in their life. The palette swapped warriors from Mortal Kombat have molded my look. Scorpion and Sub Zero are bad dudes. Then there's GI JOE. I have only one thing to say about that..... CCCOOOBBBRRRAAA!!!! 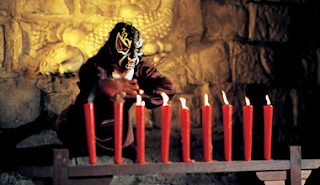 4. What four peoples' faces would you put on your own personal Mt. Rushmore?
Wes Craven. Gordon Liu. Frank Talon. Osiris.

6. What are the last movies you saw in theaters and on DVD/Blu-Ray?
I had SUPER HIGH HOPES for “The Man with the Iron Fists”. It wasn’t a bad movie at all. Given RZA’s history with Kung Fu(He is from the Slums of Shaolin!), I expected this to be Kung Fu’s revival in the mainstream. Its not opening doors for a new generation but it was a fun flick.
Who buys DVDs or Blu-Rays? I maybe know one person with a Blu-Ray collection.

7. What's the last podcast you listened to?
Colt Cabana’s “The Art of Wrestling” 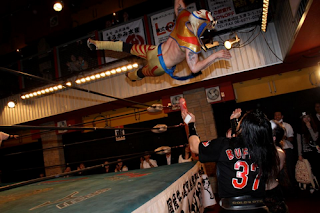 8. What's the last video game you played?
Mortal Kombat 9. FREDDY KRUEGER IS A PLAYABLE CHARACTER! Yeah, I know its the lame Freddy from the remake. His Fatalities and attacks are inspired by the Freddy of old. He summons a boiler from the Depths of Hell and stuffs you in it as one of his fatalities. Sold!

9. What's the last book you read?
Just a few weeks ago I started reading “Patient Zero” by Jonathan Mayberry. Being a huge fan of Zombie Lore, this is a must read.

10. What are your favorite sports teams?
The only team that matters in any sport, The Batiri. 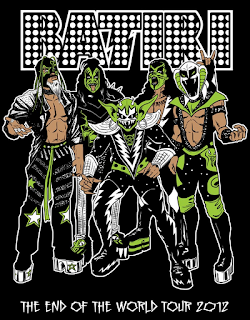 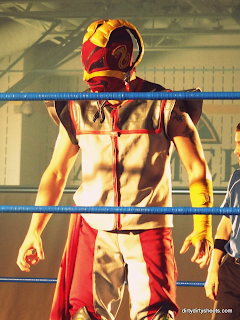 I don’t know who I relate to most out of the comic world. I can tell you who my favorite comic character is... Spawn.

13. If you could spend the day at an amusement park with one person from the entertainment industry, who would it be and why?
JeeJa Yanin. I’d hire a small army of ninjas to attack us while enjoying the sights and sounds. She’d then proceed to use the the place as a jungle gym to kick a lot of ass. I’d want to live that day for the rest of my life. Or until the ninjas throw her off the top of the log ride. I doubt I'd allow that to happen. I am The Master of Snake Style after all. 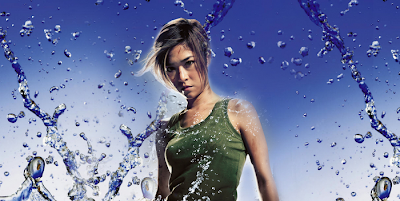