Through unfortunate (and shocking) circumstances, a brother and sister are taken out of upper-class Australia and dumped in the outback, where they're left to fend for themselves and endure the harsh terrain. The siblings eventually meet up with an aboriginal boy, who they bond with despite the language barrier and drastic cultural differences. What ensues is a quest back to civilization for the siblings as their new acquaintance guides them. I'd love to say that there's a lot more than that going on, plot-wise, but I'd be lying. I know I say this a lot, but to me this is an "exercise in filmmaking" more than a film that thrives on narrative. Director Nicolas Roeg himself, I believe, stated that the original script was only fourteen pages long, and some of it was even written by hand, which is pretty much unacceptable by mainstream standards.

The film features a lot of comparisons between aboriginal culture and "white people", for lack of a better term, as well as a commentary on prejudice - both in the racial sense and simply judging people before you get to know them and understand their cultural practices. WALKABOUT opens with a title card describing just what exactly a "walkabout" is, which is the term for the rite of passage for aboriginal males. Before they become men, they have to distance themselves from their tribe for a few months and survive completely off the land. Whether or not the aboriginal boy in the film is in the midst of his "walkabout" when the siblings meet him isn't clarified, but it would be safe to assume it's the case. The siblings, meanwhile, are obviously going through a similar experience, albeit through different circumstances. 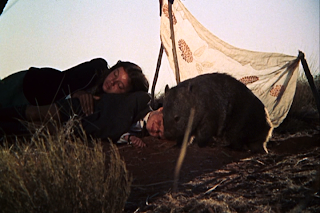 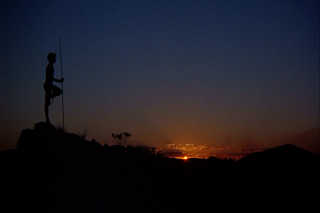 There are a number of scenes of animal cruelty in the film, mostly involving kangaroos and lizards. For a Westerner like myself, the images of animals being killed in this particular film are initially jarring, which is one of the points that the film tries to make. It's an eye-opening experience. The average person reading this isn't exposed to that sort of behavior unless they purposely expose themselves to it. The film shows you these things not for the sake of exploitation, but to remind you that these things happen everyday and are a means of survival for many cultures. The film drives the point home by showing you the comparison of the aboriginal boy killing a kangaroo and a butcher prepping a chicken to be cooked, but yet the butcher cutting up a chicken isn't shocking because it's something that Westerners are universally aware of.

The character interactions in the film are interesting. Despite Jenny Agutter's character being the eldest of the siblings, it's her younger brother who seems to have a better grasp on how to communicate with the aboriginal boy and transcend the language barrier. It's also the boy who immediately accepts the outsider, because he's too young to have preconceived notions about someone whose skin color and race differs from his. It's not to say that the sister is a racist, which she isn't, but she's a bit more cautious when dealing with the aboriginal character at first. As the film goes on, there's some obvious sexual tension between the sister and the aboriginal character. There was at least one moment in the film where I expected them to hook up. Whether they do or not, you'll have to see for yourself. 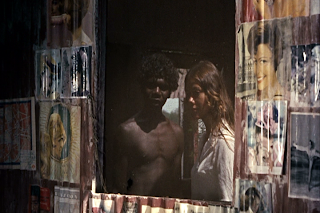 So, what you'll get with WALKABOUT is top-notch cinematography, unorthodox editing, and wonderful sound design. Not mind-blowing from a technical standpoint, but still pretty solid. Nicolas Roeg keeps it cinematically interesting to make up for the fact that most of the film basically consists of the three central characters "walking about". Certain technical aspects of the film are similar to PERFORMANCE, which Roeg co-directed with Don Cammell just before making this movie, namely the editing, the music, and the manner in which the film is shot. There were times in WALKABOUT, because of the assortment of exotic creatures that were shot with great detail, where I felt like I was watching a nature documentary. Speaking of exotic creatures, there were none in the film shot more beautifully than Jenny Agutter. 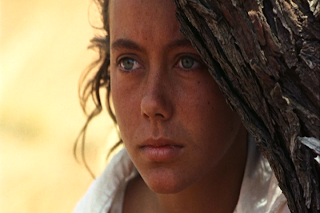 And now comes the predictable part of the review when I say "If I have a complaint about the film." If I have a complaint about the film, it's that perhaps a certain event that takes place towards the end of the movie doesn't pack as much of a punch as it maybe should have. In fact, this certain event, which I won't spoil, is presented rather vaguely, and subsequently dealt with nonchalantly by the other people involved. Which leads me to another gripe I have with the film: the siblings seemed to be very unconcerned with everything in general. They're obviously aware of the predicament they're in, but for the most part they don't behave in a believable manner - in my opinion, anyway. A solid film otherwise, if a bit boring at times.