Aubrey Fleming is a high-school student and aspiring writer who's suddenly abducted and tortured one night by the same person who apparently killed another teenage girl just a few days earlier. Aubrey survives the ordeal and is found laying in a ditch with one of her legs and arms missing, only to persistently claim to be someone else entirely when she awakens in the hospital. "Dakota Moss", as she refers to herself, is the complete opposite of the ordinary Audrey: promiscuous, ill-mannered, and she strips for a living. Stupid cops and a clueless psychiatrist come into the picture and an investigation ensues, but they prove to be mostly irrelevent to the story, as does the serial killer who seems to be nothing more than a catalyst for the film's psychological elements - namely the theme of duality. Dakota, with her bionic hand and prosthetic leg (which she has to plug into a wall!), spends the remainder of the film searching for the truth. 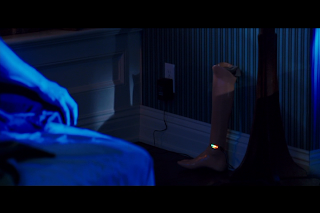 There are a few theories that can be applied to the relationship between Aubrey and Dakota. Perhaps a traumatic experience brought to surface a split personality that Aubrey's been harboring, and it's also possible that they could be twins who were separated at birth (which is addressed in the film, but would also suggest that Dakota is an underage stripper). Or maybe - I dunno - the whole thing is just a figment of Aubrey's imagination, her being a storyteller and all. Just sayin'. If the latter were in fact the case, it would explain how much of a fucking mess the story is, because it's evident during certain scenes in the film that Aubrey's writing could use some improvement.

I KNOW WHO KILLED ME has gained a bit of notoriety since its release for being laughably bad. I already knew this going into it, which would suggest that I'm purposely reviewing it only to bash it, but it's not the case. In fact, I'm here to defend this film. OK, well, not really, but I do have a slight issue with people saying that this film doesn't have anything redeemable about it. Don't get me wrong, I certainly understand why people would exaggerate and spew venom at the film (I'm pretty sure it was the case with me once upon a time), but I don't think of it as a complete and utter failure. From a storytelling and acting perspective, yes, it's horrendous, but the technical aspects of the film are decent.

I wouldn't go so far as to say that the film is "shot well", but I like some of its visual aspects. The sharp blue and red color scheme in particular is visually pleasing, and it works as being a stylish indication of the film's running theme of "opposites". It's apparent, though, that the people who made the film (I don't know whether to blame the director or cinematographer) were trying to create a Lynchian atmosphere with the visuals, flourishes, and mood, but it failed in that respect. The end result is a whole lot of nightmarish visuals on top of a silly film. 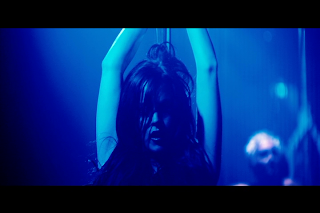 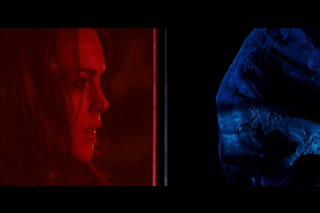 That all sounds really pretentious, but don't worry: that's about where I draw the line with praising I KNOW WHO KILLED ME. The casting of Lindsay Lohan in the lead role obviously had nothing to do with her acting and was more or less an attempt to cash in on her stardom at the time, or perhaps Lindsay pursued the film because it was dark compared to what people were accustomed to seeing her in. I don't know and I don't care. All I know is that she's one of the reasons that the film is as bad as it is, and she's not given much to work with in terms of the script either. At one point, Dakota is visited by an otherworldy figure who proceeds to tell her: "People get cut up. That's life." Really? Is that the best they could come up with? "People get cut up"? Speaking of which, the word "cut" comes up a lot. This may have to do with the the theme of people being split apart, but it just comes across as rather dumb. Apparently, in the universe that this film exists in, to be murdered or tortured is to be "cut". Whatever.

Another hilarious moment comes when, during a high school football game, an announcer comes over the PA system to address the crowd and refer to the victim who preceded Aubrey, who had yet to be abducted by that point: "You know Jennifer Toland's body was found", at which point the announcer asked for a moment of silence before getting the crowd riled up once again for the football game. Sorry, but is that how you remind a crowd of high-school students that one of their own has tragically died? "You know Jennifer Toland's body was found." Get the fuck outta here. Another great line is when Dakota says "Hospitals are for rich people." Uh, no. Hospitals are for people with medical insurance. If paying a monthly fee to have medical services provided to you is "rich", then you, ma'am, are a fucking idiot. 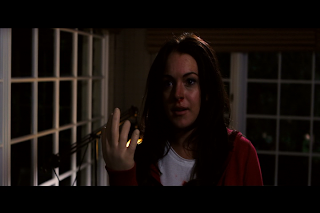 Overall, I KNOW WHO KILLED ME is a stylish but incoherent mess with occasional moments of gruesome body-horror and scenes of Lindsay Lohan pole-dancing shoe-horned into the film. It's like really bad, drunken poetry translated into a movie. The acting is terrible, not just from Lindsay but from pretty much everyone (Julia Ormond in particular is horrible), and what little there is of a plot builds to an anti-climactic conclusion. But, that's totally fine, because I KNOW WHO KILLED ME is truly a sight to behold. A cinematic trainwreck with unintentional hilarity and inherently high replay value if viewed in the right setting (ie. with friends or drunk - or both).