I've been waiting years for this. MUTE WITNESS was a movie I saw back in high school, and it's been on my mind ever since. Something about it really stuck with me, but that "something" has been getting foggier and foggier in my memory as the years have passed. I couldn't wait to revisit it, but going back and watching movies that you remember fondly and haven't seen in years can be a gamble. Sometimes your memory of a film can be better than the movie itself because of how you perceived it however many years ago, and over time it could have turned into something completely different altogether because of how your brain and imagination have preserved those memories. But then again, in some cases, a movie can turn out to be everything you remembered and then some, which can be a great feeling. Was it the case with MUTE WITNESS? We'll see about that. 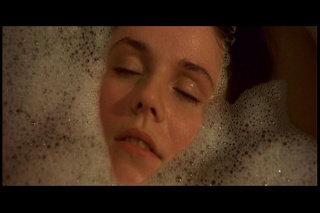 Aside from the premise of a mute woman witnessing a snuff-film in the making and subsequently being pursued by the makers of said film, my memories of the details of the film were vague prior to watching it just now. I remember a few well-earned and unexpected jump scares, but that's about it, so watching it now was quite the revelation, especially with the knowledge of film that I have now as opposed to when I was a teenager. MUTE WITNESS owes a lot to Brian De Palma, but I'll get to that later.

When it comes to movies-within-movies, there's always the possibility that things will get self-referential at a certain point, even if those "meta" moments are subtle. In MUTE WITNESS, the lead character and titular mute Billy (a woman, mind you, and a lovely woman at that) works on the special effects crew for a film being produced in Moscow by a young American filmmaker named Andy Clarke. The director of the movie also happens to be the boyfriend of her sister, Karen, who also works on the film, and the three of them keep a close relationship since they're basically the only Americans on the film crew (although it's worth noting that Billy is played by a Russian actress). After wrapping one night following a disastrous death scene thanks to a scenery-chewing actress, Billy leaves Andy and her sister and heads back in the studio to retrieve a prop that needs to be prepped for the following day. It's then that she witnesses a couple of Russians from the film crew making a movie of their own with a prostitute: a snuff movie. 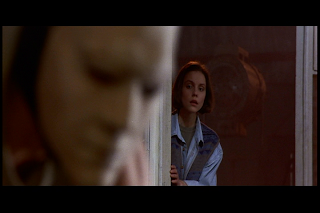 A chase ensues, Billy gets away, and she subsequently becomes a target for obvious reasons. As the cops come into the picture, there seems to be a large-scale cover-up that goes way beyond a couple of extra hands making their own snuff movie. Turns out they're working for a mysterious client who everyone refers to as "The Reaper" (played by "Mystery Guest Star" - a fairly shocking cameo). Not much is known about this person other than the fact that he has ties to the criminal underworld, so you can imagine the extent of the hunt that ensues for Billy. That's about where I put on the brakes when it comes to the plot. MUTE WITNESS isn't a horror movie or a "slasher", which is how I seemed to remember it through the years, nor is it much of a mystery film. It's a thriller with, surprisingly, bits of black comedy thrown in. Picture a bunch of homages to Brian De Palma that, in my opinion, are on par with some of his better works, and that's essentially MUTE WITNESS. 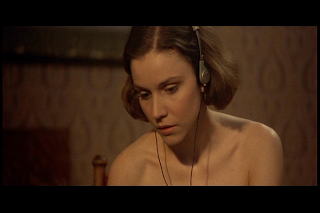 There's a reason I brought up movies from your past sometimes taking on a life of their own while existing in your mind and being somewhat tweaked by your imagination, and it's because there's a recurring element of misconception and deception in MUTE WITNESS, which also ties into the inherently self-referential atmosphere. I can't get too much into details because I don't want to ruin certain surprises in the film, so I'll just say that there are a few moments where the character of Billy seems to be an extension of the viewer. Like her, we're tricked into believing that we're seeing certain things, only to have the curtain pulled back and have those "certain things" explained to us, but even those explanations are unreliable. Does that make sense? On many occasions throughout, MUTE WITNESS seems like a film that was made solely to see how many times it can mislead viewers and get away with it, but it's not done in an insulting way, and it's done while still being an effective thriller. 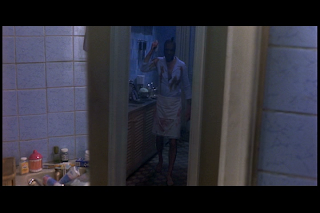 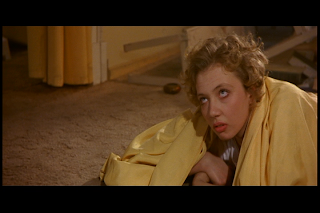 More often than not, the expectations of both the viewer and the lead character are simultaneously molested, which is probably one of the unconscious reasons that this movie has stuck with me through the years. It's also possible that MUTE WITNESS is a statement on how violence in films is perceived and interpreted by the people who watch them, but who knows. It should also be said that this film takes place over the course of a single night, which results in a very frantic pace and eliminates any chance of meandering. Things are constantly happening because the characters aren't given enough time to take a breather or solve a mystery.

All pretentious talk aside, MUTE WITNESS is just a fun little film and a gem that doesn't nearly get the praise it deserves as one of the truly great thrillers of the last few decades. There are enough twists and turns to maintain a consistent level of interest, and the subtle comic relief provided by Billy's sister and her bumbling boyfriend only add to level of enjoyment rather than take away from the film. Most importantly, actress Marina Zudina is wonderful and does a great job of carrying the film without saying a word. The issues I have with the film are so minor that they aren't even worth mentioning. Never mind that the guy who directed this also made AMERICAN WEREWOLF IN PARIS; do yourself a favor and check this one out if you haven't seen it.