If I had a choice to live in any state, I'd choose Alaska, and I say that for a number of reasons. For most of my life I've lived in heat and ridiculous humidity, and I'm assuming I wouldn't have to deal with that if I lived in Alaska. It's not a case of me taking my surroundings for granted either. I've lived in places with extremely cold weather and I absolutely love it. Another reason I'd want to live in Alaska is because I picture it as being a place full of isolated little towns with small populations. Seeing as I hate being around lots of people and being stuck in traffic, I think that sort of setting would suit me well. After watching these two movies, however, I'm not sure Alaska would be the wisest choice. Both films make it pretty clear that Alaska is not the place you wanna be, but I guess as long as I don't choose to live in a ridiculous place like the town in 30 DAYS OF NIGHT or go drilling for oil like the characters in THE LAST WINTER, I should be alright. Maybe one day I'll get a chance to move there and find out for myself, but until then I bring you this week's Double Feature of movies that take place in Alaska.

30 DAYS OF NIGHT is a movie I saw a few years ago and wasn't too fond of at the time. So much time had passed, however, that I forgot why I disliked it as much as I did, so I figured now would be an opportune time to revisit it. The film is set in the town of Barrow, which isn't just the northernmost town in Alaska but the northernmost town in the United States as well. Because of where they're located and how our planet revolves, they treated to 30 wonderful day-nights of harsh weather and no sunlight each year. So, basically, it's really depressing and not somewhere you wanna live, unless you're one of those weirdos who's allergic to sunlight or something. I've always been and always will be a night person, but I'm sure thirty straight days of it would make me lose my mind. Anyway, on the particular year that the film takes place in, a group of vicious vampires raid Barrow not too long after the sun sets and leave piles of bodies in their wake, which, of course, means that they're free to walk the earth for thirty days and not have to worry about that pesky sunlight burning their skin off. A cop named Eben (Josh Hartnett) leads a small group of locals as they struggle for survival through not only the harsh weather conditions but through a vampire apocalypse. 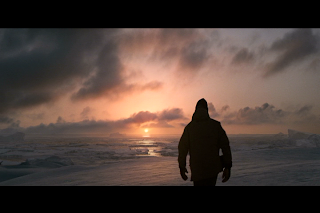 I know I'm not alone in this, but I've always loved violent movies set in places where there's lots of snow. The contrast of the white snow being covered with blood is such a striking cinematic image. Well, if there's one thing that 30 DAYS OF NIGHT has in spades, it's blood on snow. The vampires in this movie are amongst the deadliest and most aggressive of bloodsuckers to ever grace the screen, and they absolutely go on a tear once they set foot in Barrow, pretty much eliminating most of the town's small population in the first couple of days. They strike so fast that these Alaskans don't even have time to realize what the fuck hit them. To say that they pose a major threat for the protagonists is a huge understatement. And the set up of having thirty days of no sunlight is brilliant for a vampire movie for obvious reasons, but it's also a great set up for a horror movie in general because it fucks with the heads of the protagonists; not only are they being menaced by a small army of vampires, but their sense of time is screwed up as well. 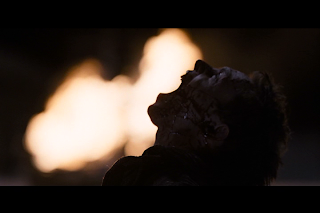 So we've already established that 30 DAYS OF NIGHT is violent, but what about the other important elements of the movie? As far as the cast, everyone is pretty solid for the most part, except for a rather unorthodox but intense performance by Ben Foster as a "Crazy Ralph" type of character who shows up and warns everyone of impending doom. I'm not sure what Ben Foster was trying to go for here, and perhaps there's an Alaskan dialect that I'm not familiar with, but he has this weird accent in the movie and sounds sort of like a Cajun from Louisiana or something. Weird. Josh Hartnett is good, but he's one of those pretty boy actors who I've never had a problem with. He picks decent roles and, while he's no Daniel Day-Lewis or anything, he can act. Melissa George co-stars as Hartnett's ex-girlfriend who's stranded in town while doing some work as a Fire Marshall. They manage put their differences aside for the sake of, well, not getting their throats ripped out, but you get the feeling that they're both sort of glad to be stuck with each other despite the circumstances. Their relationship is one of the elements of the film that I like because it adds some depth to the characters. What's not good, however, is Hartnett's bogus beard in later parts of the film, which looks like he went to a barber shop and swept up the floor with his face. 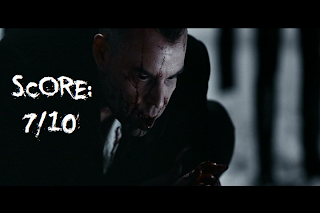 While watching 30 DAYS OF NIGHT this time around, it became clear to me what I disliked about it when I originally saw it, and that would be how the vampires communicate with each other. They have their own language and a lead vampire who basically calls the shots and has power over the others, which is cool and all, but I don't understand what the point of them having their own language was. Not only that, but it's this weird combination of baby-talk and clicking noises. I definitely got an ENEMY MINE vibe from the vampires whenever they spoke. It sounds really goofy and, in my opinion, makes them considerably less scary. Another issue I have with the movie is a certain decision that Josh Hartnett makes towards the end of the film that makes very little sense and is seemingly only there to set up an emotional conclusion. It sort of comes across as the writers of the movie running out of ideas or not knowing how to end it, so they just made their lead character do something really far-fetched and stupid on the eleventh hour of the 30th day. The whole ending just feels very desperate in my opinion. Aside from that, though, 30 DAYS OF NIGHT is a pretty well-done, well-acted horror movie that gets major bonus points for having one of the gnarliest decapitations ever put to film. For reals.

If that movie didn't make you want to avoid Alaska for the rest of your life, this one... well, it probably won't make you fear Alaska itself, but it's a good movie nonetheless. Plus, it was filmed in fucking Sweden anyway.

THE LAST WINTER is a movie I'd been meaning to see for a while now after hearing some good things about it. Larry Fessenden, admittedly, is someone who I'm way more familiar with as an actor than a director. In fact, this is his only directorial effort that I've seen thus far, but - not to jump ahead of myself here - I'll surely be seeking out more of his films from this point forward. The film revolves around a group of environmental experts and representatives from a corporation known as "Northern Industries" who work (and knock heads) with each other in a very isolated part of Northern Alaska as they do some of the grunt work necessary for the corporation to drill for oil. Right off the bat, there's a bunch of commentary on the environment and oil-drilling that kind of turned me off to the film, not because I support the environment going down the shitter at the hands of mankind, but because I just don't like heavy-handed commentary in films in general, whether I agree with what it's trying to say or not. Strike one. 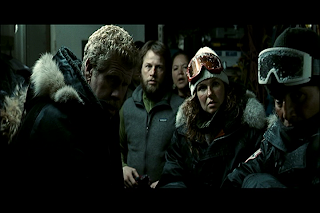 I don't know if I'd call THE LAST WINTER a "slow burn", but it's not the most eventful movie at first and it takes a while for anything of note to happen. If you were to go into this movie blind, there's a good chance you wouldn't even know it was a horror movie until about an hour into it. For example, the only thing interesting that happens in the first 40 minutes of the movie is that it starts raining. The climate changes and it's a big deal. In the meantime, we're just watching characters interact with each other and Ron Perlman being an asshole. Strike two. 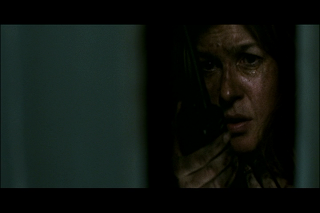 So, less than an hour into the movie and it has two strikes against it. Luckily, once things pick up and "shit gets real", it turns into a psychological horror movie that almost rivals some of the greats like SESSION 9 and other films of its ilk in which something simple goes horribly wrong because of unseen forces that cause everything and everyone to implode. To say much more than that would be doing this film a huge disservice. While I was let down by the movie to start with, the back end truly made up for everything and then some. It starts with something small, leading to a series of bizarre, unexplained occurrences as everything spirals out of control and builds to an unexpected and rather unique conclusion. 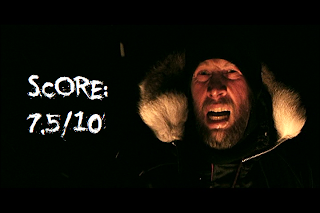 There's tons of character development in this during the film's first half when not a whole lot happens, but it ultimately benefits the film greatly because of how everything pays off. The character-building is also a plus because the people here seem real as opposed to being the usual stereotypes and politically correct group of characters that you get in these sort of movies. A lot of the credit also goes to the film's ensemble cast. Ron Perlman, of course, is well-known, and now most of you who watch this (assuming you haven't already seen it) will quickly recognize lead actress Connie Britton from the first season of AMERICAN HORROR STORY amongst other things, but the rest of the people in the movie are character actors who have turned up in all kinds of shit over the years. If this were a Hollywood movie, you'd probably have Chris Evans, Scarlett Johanssen, and a bunch of pretty faces in it, which is visually appealing but drop-kicks the believability of a movie like this right out the window. The group of actors here are solid, and, even despite the recognizability of Ron Perlman, everything about them looks and feels legit. Overall, a very solid psycho-horror movie that isn't overshadowed by its ecological message, and one that certainly surprised me in the end.