It's a Block Party on The Death Rattle! The 13 Questions guest this week is Suziey Block, who recently played the lead in the indie horror/thriller ENTRANCE. I was a big fan of the movie, personally, but when I listened to the DVD commentary track and learned how much of a horror fan Suziey was, I knew I had to reach out to her about being a 13 Questions guest. Read up, Death Rattlers, and be sure to check out ENTRANCE (currently streaming on Netflix until September 2014). 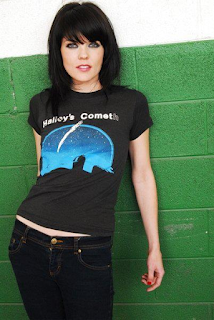 1. Who are you and where are you from?
I am Suziey Block, actor and lover of pitbulls, the desert, camping, sour patch kids, and whiskey. Born and raised in Fenton, Michigan I now live in Los Angeles, California.

2. Where might people know you from?
Probably mostly from IFC's film Entrance, but also from USA's Monk.

3. When it comes to what you do, who or what are your major influences?
I do a lot of horror films and I love the genre as well, favorites are The Exorcist, Scream, House of 1000 Corpses, Texas Chainsaw, and Pet Semetery just to name a few. Favorite actor is Drew Barrymore, loved her as a kid and love her still. As for who I am influenced by I think it changes a lot I will see different movies and be like Oh my god so and so was so good I want a role like that, but on a more personal level I think my mom, she believes in me so much and she is such a strong and independent woman.

4. What four peoples' faces would you put on your own personal Mt. Rushmore?
My mom, my grandmas, and my Aunt Suzie.

5. What's the last album you bought?
The Lumineers and the soundtrack to the original Footloose.

6. What are the last movies you saw in theaters and on DVD/Blu-Ray?
In the theater Mama and I rented The Godfather (I had never seen it) 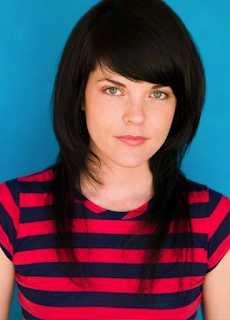 7. What's the last podcast you listened to?
Radio Lab, Colors.

8. What's the last video game you played?
Rockband, I am really bad at video games, like terrible I have yet to ever get to the second level in the old Mario Brothers game on Nintendo.

10. What are your favorite sports teams?
I hate sports, I never watch them but since I come from Michigan I guess I gotta say the Lions and Tigers. 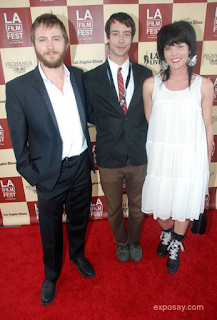 I feel like I am a mix between Bobby from Bobby's World and Julia from Fart Party.

12. Create a playlist of ten songs that give people an idea of your musical taste.
Oh boy...okay.
Janie's Got a Gun - Aerosmith
You Shook Me All Night Long - ACDC
Ballad of a Well Known Gun- Elton John
You Know What I Mean - Cults
Ring of Fire - Johnny Cash
I Fall To Pieces - Patsy Cline
So What - Pink
Grinnin' In Your Face - Son House
Christmas Card From A Hooker in Minneapolis - Tom Waits
Joe D - Restavrant

13. If you could spend the day at an amusement park with one person from the entertainment industry, who would it be and why?
Drew Barrymore duh. ;-) bc I think she would be so much fun and would go on all the rollercoasters!! 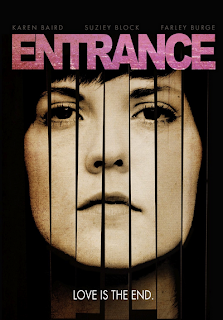