Being the sucker for dark fairy-tale adaptations that I am, this has been on my radar for quite some time. But instead of being a variation of the original fairy tale, South Korea's HANSEL AND GRETEL simply references it while telling its own story. The original story is a bleak cautionary tale in which two children are victimized, but in this film it's the children who are doing the victimizing. 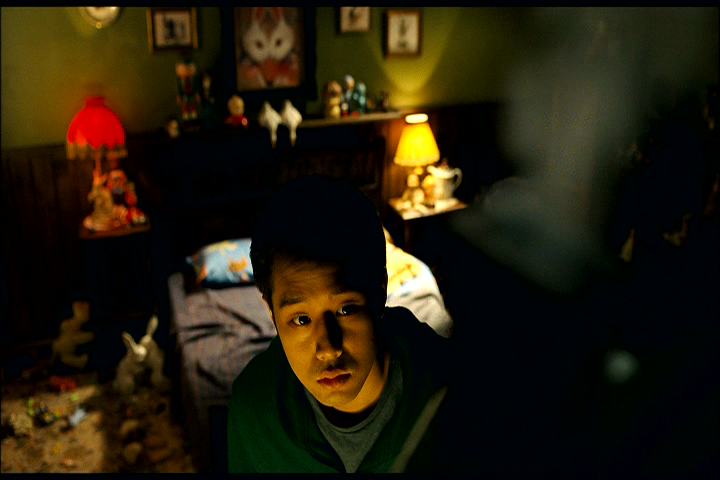 En route to see his dying mother in the hospital, Eun-Soo gets into a car accident and wakes up in a forest. He's immediately greeted by a curious little girl who guides him back to her house way out in the middle of the woods. For being located in what appears to be a long way from society, the house is rather nice-looking and well-maintained, like a brightly illuminated oasis in the middle of a sea of trees that stretch out as far as the eye can see. While at this "House of Happy Children", Eun-Soo meets the little girl's parents, her older brother, and her little sister. Exhausted and obviously discombobulated from the accident, Eun-Soo spends the night at the request of the family.

One night turns into two, and so on. Every time Eun-Soo makes an attempt to excuse himself from the house and leave, something keeps him there. An initial trek out into the woods and back to civilization is cut short when he gets lost and it suddenly grows dark. Future attempts at trying to pursuade the family to take him back into town are met with excuses about how they can't leave. Long story short, Eun-Soo makes some startling discoveries about the family during his stay, with each revelation unlocking a new secret that leads him down a maddening path of the darkness and tragedy. 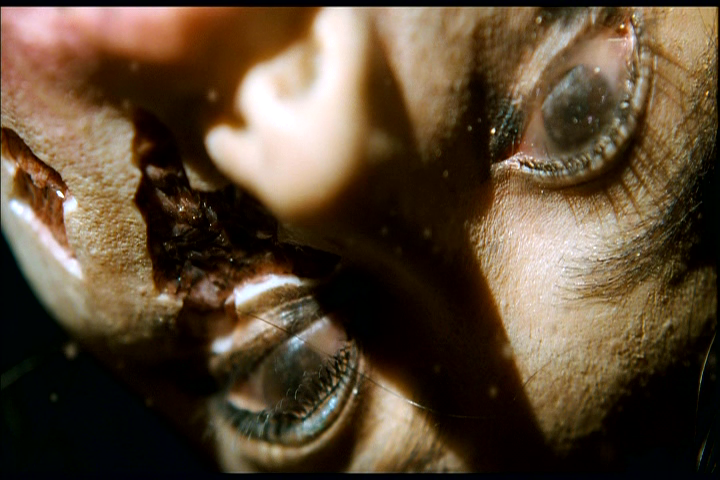 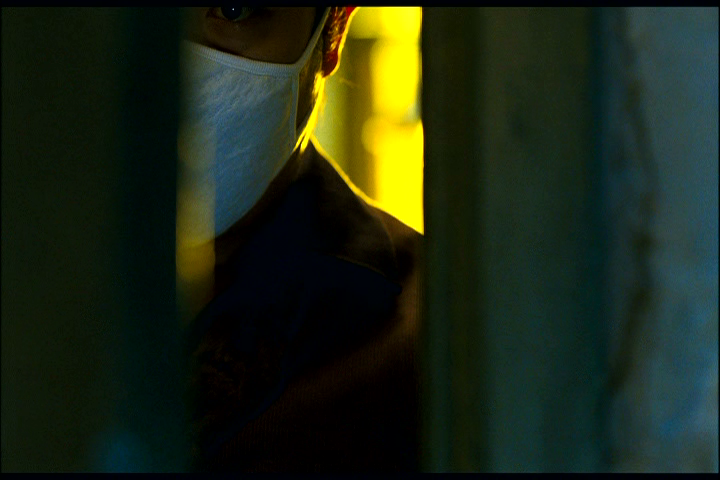 Storywise, HANSEL AND GRETEL isn't the most interesting or complicated film of this type that I've seen, but it's definitely a winner in the style department. This movie really nails the dark fairy-tale aesthetic. I've read some reviews comparing it to PAN'S LABYRINTH (which some would consider to be the ultimate cinematic dark fairy-tale). The only fair comparison, in my opinion, is that both films deal with some heavy subject matter. Stylistically, PAN'S is untouchable, but it's not to say that HANSEL AND GRETEL is without its share of eye candy. And not just eye candy but a deceptively bright and colorful appearance to contrast that dark material of the story.

There's a lot revealed early in this nearly two-hour film as far as the children, the parents, and the house itself, but I can't get into that without spoiling anything. Let's just say that certain residents of the home are permanent fixtures, while other residents come and go. And if you go back and re-read the first paragraph of this review, therein lies the answer. 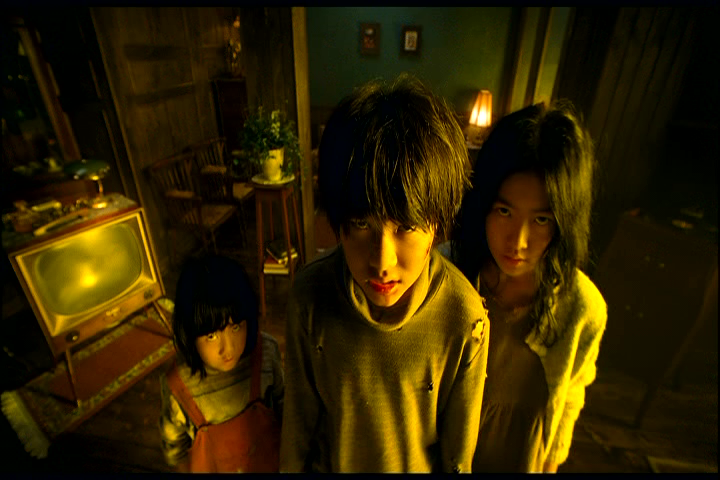 The most bad-ass moment in the movie; if you see it you'll know why.

Like another South Korean film that I recently covered, SORUM, this one has a strong third act that changed my perception of the movie as a whole. While nice to look at, the first two acts didn't do much for me. It tells a twisted story and plays out as an interesting spin on the original fairy tale, but the final act (and especially the final minutes) of this movie floored me. The only thing I can say about the back end is that there's essentially an origin story that's told in regards to some of the characters. It's an odd place in the film (or any film for that matter) to stop the main storyline dead in its tracks and introduce something else, but it ultimately helped with the psychological effect of the film and totally flips the perspective of everything that led up to that point. It's also the part of the film that explains the "HANSEL AND GRETEL" title.

I don't have much more to say about this movie because it's a tricky one to talk about. Worth noting before I wrap this up are the three main child actors, all of whom are great. The real standout, though, is the kid who plays the eldest of the siblings (the brother). If any of you out there get a chance, check this one out. I picked up the DVD/Blu-Ray combo online for only $7 plus shipping and YOU CAN TOO!