In the midst of a series of unexplained cattle mutilations and a tanker suddenly crashing, the depressed and alcoholic sheriff of a small New Mexico town investigates. This all coincides with a number of drifters passing through and getting stuck. This odd group of people hole up at a nearby gas station owned by an old Native American. The young and incredibly hot sheriff, Annie, teams up with some scientist chick (also her cousin), only to discover that an ancient creature has somehow unearthed and is about to wreak some serious havoc. Seriously though, Annie makes me wanna move to New Mexico and break some laws up in this bitch! 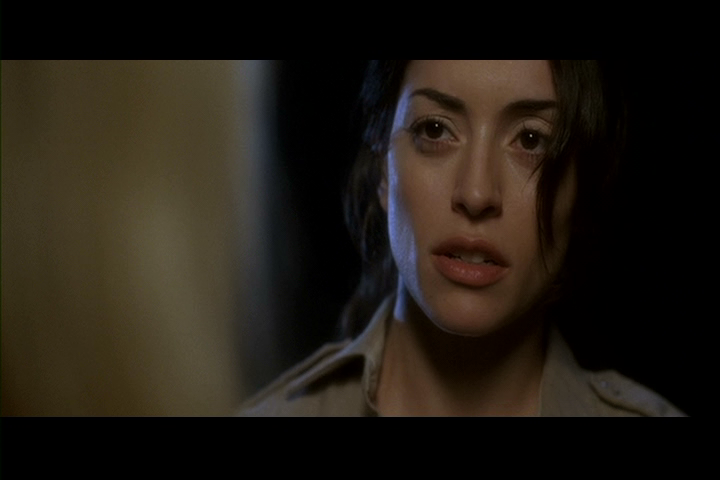 UNEARTHED is a creature flick that was released as one of those After Dark Horrorfest movies years back, and - of course - it's one that I've been meaning to see and kept putting off. But when I recently saw that Luke Goss was in it, I thought I'd finally check it out. I'm a big fan of Luke Goss, who most of you may know as Prince Nuada from HELLBOY II and/or Nomak from BLADE II. Apparently Guillermo del Toro likes to cast him in sequels. But personally, I like some of Luke's lesser, straight-to-DVD type of films, like the incredibly fun sequels to DEATH RACE that saw him replace Jason Statham as Frankenstein. He's one of those actors who I wish would star in more mainstream Action stuff, but at the same time, as a fan of lower-budget genre fare, I'm glad he's an actor who pops up in those types of movies. Here, he plays some crazy Native American survivalist/archaeologist with a tribal tattoo on his face. 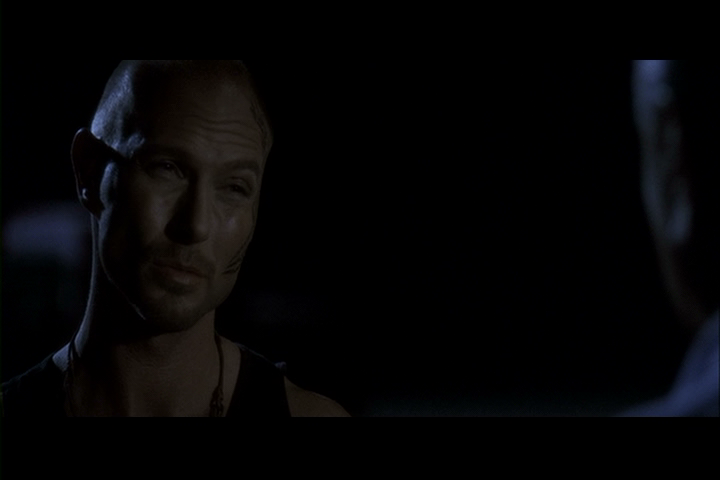 It doesn't take long before the bodies start hitting the floor in this one and the creature upgrades from cattle to humans by killing off the town's citizens in gruesome fashion. One of the early victims in particular gets absolutely mauled in a bathroom by something we don't really see, before the creature is visually revealed in all its CGI glory. Once the blood-thirsty monster is established and it wipes out a small group of people, it turns its attention to the gas station where the group of drifters I mentioned earlier are holed up due to the fact that the aforementioned tanker is blocking the road and just so happens to be carrying the fuel that's lacking at the small gas station. From there, a fight for survival ensues as the characters are terrorized. 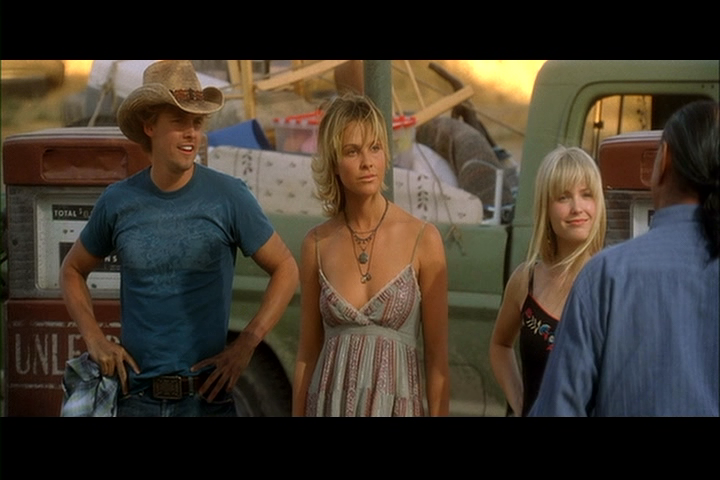 The cool thing about UNEARTHED is that it takes its time introducing and establishing the large group of characters that are thrown at you in the beginning, only to gradually kill most of them off when the shit hits the fan towards the end. And even through all the boring character development stuff, the film delivers some establishing kills to seemingly keep the viewers satisfied. One big problem, though, is that UNEARTHED is a dark movie. And I don't mean dark as in the content, I mean dark as in "I can't see shit!" Whoever was responsible for lighting this movie did a piss-poor job. 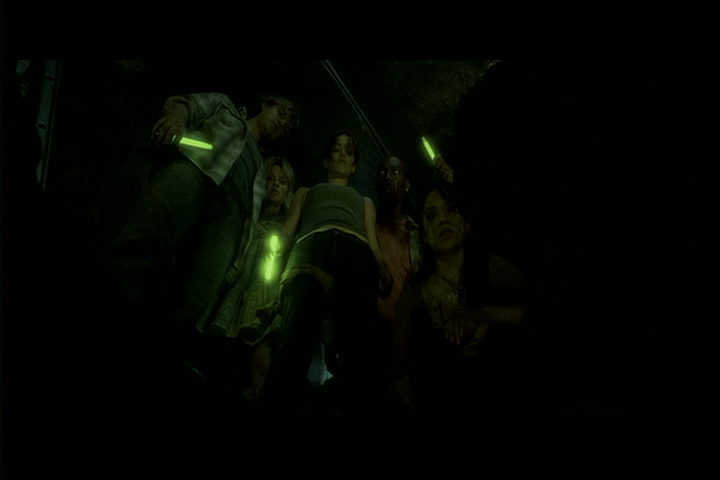 I alluded to the creature in this being CG, which it mostly is, but some of the close-up shots of it are practical. And, to be honest, the CGI only looks bad when the creature is running or hopping around. Overall, I liked the design of the creature. It's like a cross between a Velociraptor and a Xenomorph from the ALIEN universe, mixed with a little bit of Pumpkinhead.

As far as the cast, everyone is pretty good. Emmanuelle Vaugier does a good job of playing the bad-ass heroine with a personal redemption arc. Is she believable? Not really, but she's a hot sweaty chick carrying a shotgun in this, so who cares? Beau Garrett (who'll be making another Summer of Blood appearance on the blog in two days) is great eye-candy and Charlie Murphy is just kinda there as the token black guy. Storywise, UNEARTHED is nothing groundbreaking. This type of survival horror movie has been done to death, so this type of story depends on the quality of the filmmaking, the cast, the gore, the set-pieces, etc.; in this case, the goods are delivered for the most part.