THE COLLECTION is sort of a proper sequel, picking up after the gruesome events of its predecessor, THE COLLECTOR. When THE COLLECTION starts, it's revealed that the masked killer of the first movie (the eponymous "Collector") is still at large and the protagonist, Arkin, is missing. Since then, a string of other disappearances have been linked to the killer and they've gotten a fair bit of mainstream media coverage.

Meanwhile, there's a hot rich chick named Elena who lives in a ginormous mansion with her father. Much like some of the unfortunate victims in the first movie, Elena discovers a large red box (one of the killer's calling cards) that most likely contains bad news, except this time its placed in a back room of an underground dance club. I won't get into specifics, but let's just say that the inevitable opening of this box leads to a nice gory surprise that allows the film's body-count to reach a very high number in a short amount of time. It's one of the most glorious spectacles of mass murder I've witnessed since the FINAL DESTINATION movies hit the scene and set the standard. 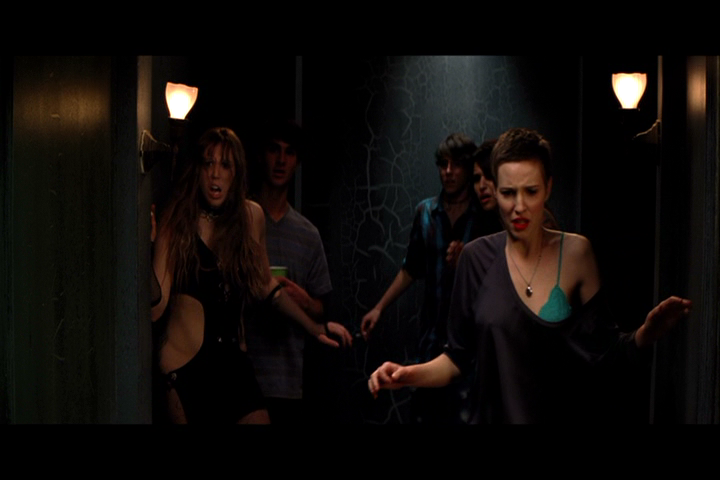 Bearing witness to the mayhem mentioned above is Elena, who went out for a night of fun with her friends and ended up traumatized and eventually abducted by the elusive Collector instead. Right around this time, Arkin comes back into the picture and reluctantly agrees to help a team of mercenaries rescue Elena and kill the Collector in the process. If successful, Arkin's name will apparently be cleared of whatever crimes he committed in the past (or the crimes the public thinks he's responsible for). Mainly, though, they just want to use him as a human shield and exploit his knowledge of the killer's way of operating as they infiltrate his lair, which is no doubt boobie-trapped like a motherfucker. 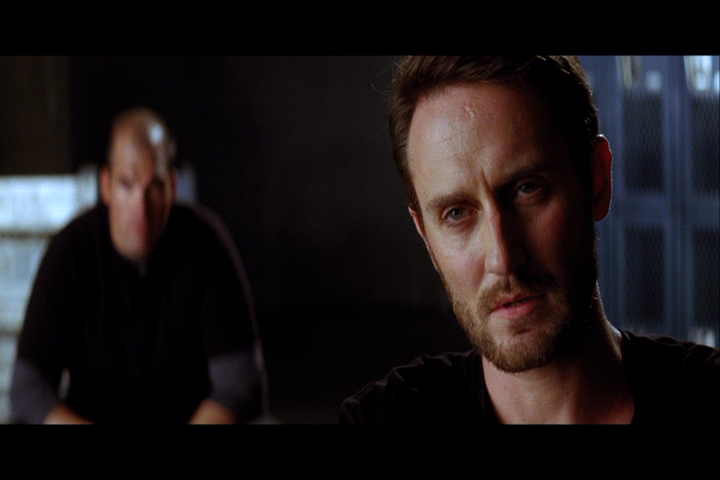 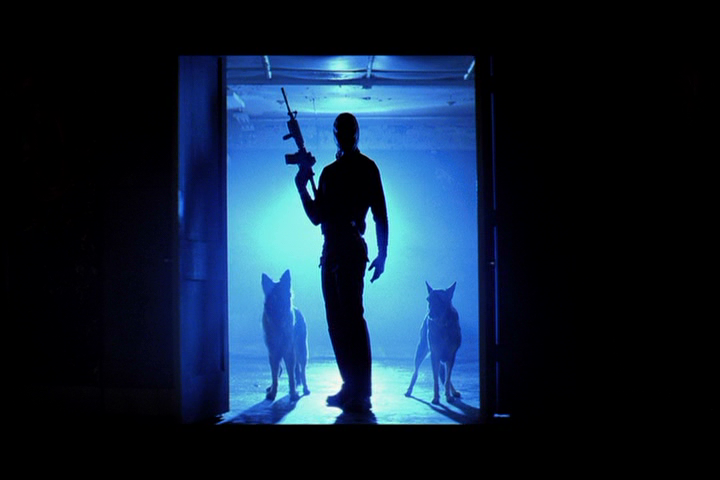 Yeah, so I don't have a ton to say about this one. It's set in a warehouse full of traps and it's sort of a double cat-and-mouse kinda thing; the good guys are trying to rescue the chick and kill the Collector, but the Collector is stalking and killing them too. Speaking of which, even though the film takes you inside the killer's dwelling area, I still wasn't quite sure what hes all about. I mean, he collects humans, but why? And what does "collecting" them entail - keeping them alive, enslaving them, or killing them? All of the above judging by what we're exposed to once inside his warehouse. Whatever the case, he seemingly puts in way too much time and effort into what he does. Think back to the first movie, for example... Imagine all the time it took to rig the house with traps and haul his equipment and gear around. I guess it's safe to say that the Collector is not one to take the path of least resistance. 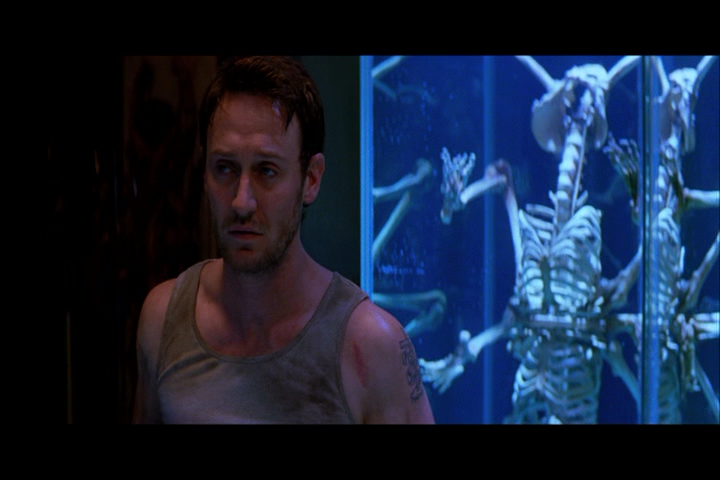 One thing I do like is the look of the film. Much like THE COLLECTOR, this one has a lot of vibrant colors that pop, and the overall appearance of the film is very neat and crisp. The look of the warehouse is also really cool. The set decorators really went nuts with the gruesome props and overall look of the place. Overall, it's an enjoyable and gory film that doesn't overstay its welcome. But, if writer/director Marcus Dunstan was trying to create an iconic killer, he obviously didn't do a great job. Over the course of two movies, there's not much revealed about the guy and he's seemingly overshadowed by the manner in which he kills and tortures people. In other words, the violence steals the show. Whether you like the SAW movies or not (which Dunstan worked on as a writer), there was a lot of psychology and morality when it came to establishing the mastermind behind the evil in those films and his logic. Not that every antagonist in a movie of this type needs an over-explained back story, but the lack of information about the Collector in both films, in my opinion, is what prevents him from being a memorable and marketable character. Still, though, I can't really complain too much about a horror movie that delivers such rapid-fire violence as THE COLLECTION. As far as how it compares to the first one, I like them both equally for different reasons.