SQUIRM is directed by the guy who did BLUE SUNSHINE, JUST BEFORE DAWN, and SATAN'S LITTLE HELPER, and it's shot by the guy who directed NEON MANIACS, which pretty much makes this the EXPENDABLES of horror filmmaking, right?

In SQUIRM, a thunderstorm rocks the fictional town of Fly Creek, Georgia. And by "town" I mean a dirt road, a diner, and some houses. The film introduces us to a bunch of characters right off the bat. There's the pale-skinned, redhead Geraldine (or "Geri" as she's called), her mother, and her sister Alma, who's one of the greatest characters I've ever seen in a horror movie. There's also the worm farmer Roger Grimes and his dad Willie, and the lazy old cop who seemingly makes up the entire police department himself. There's the jaded waitress with the amazing hairdo too, as well as an assortment of locals who seem to be played by genuine country folk. Rounding out the characters is Geraldine's boyfriend from the city, Mick. Don't let Mick's nerdy exterior fool you, though. He's a smooth operator. For example, when he's hassled by the aforementioned cop, who asks "What business do you have in Fly Creek?", Mick, without skipping a beat, replies with "No business. Just pleasure." YEAH BOY! GET YOU SOME GERALDINE! 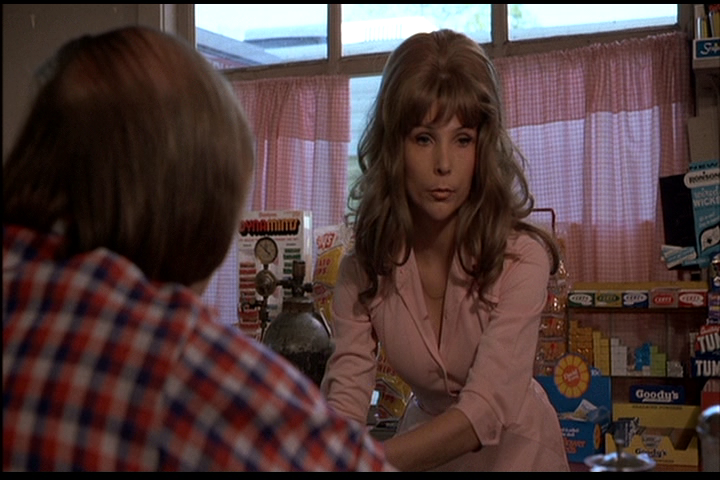 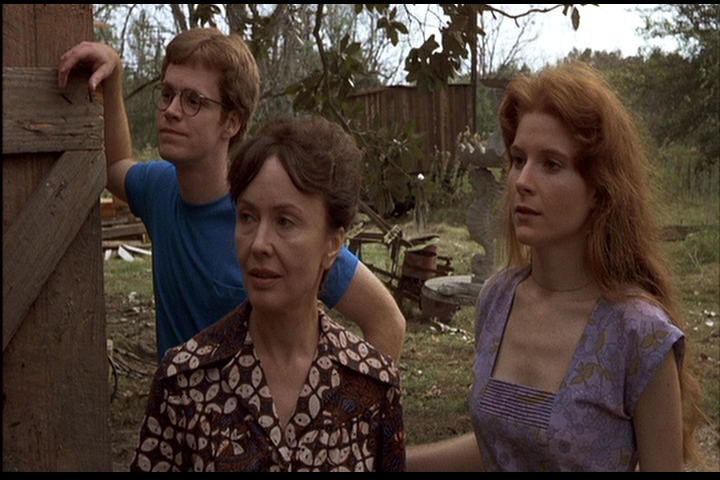 The thunderstorm comes into play when the seeds are planted for a massive worm attack. A "hundred thousand" worms mysteriously disappear from containers on a truck, which coincides with mentions of electricty being pumped into the ground due to the damaged power lines and whatnot. Seeing as the worms live in the ground, it's only natural that the electric soil would turn them into vicious predators. That's usually how it works, right?

Mick and Geraldine eventually catch on to the fact that there's a serious infestation of deadly worms. The town's one-man police department is sort of eliminated from the picture, mainly because he's a lazy fuck who doesn't care. In the meantime, the initial worm-attack victim is roaming the woods and behaving like an escaped mental patient. This "worm face" character also adds another - and arguably much needed - element of danger to the proceedings. 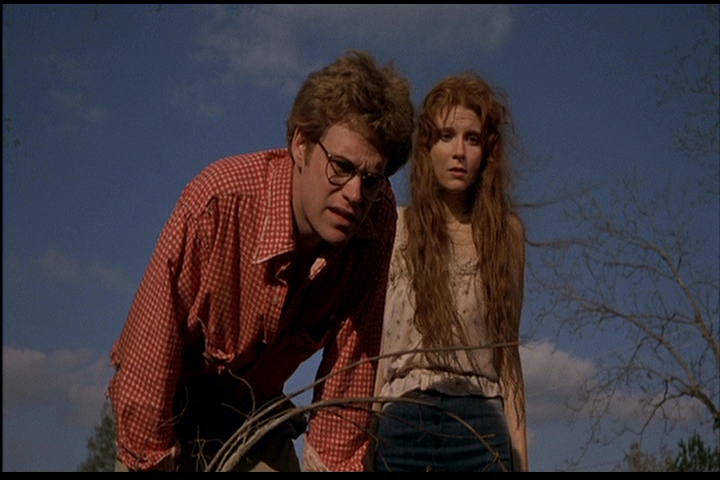 The film has a slow build-up appropriately enough (you know... 'cause worms are slow and stuff). The first worm attack doesn't happen for quite a while and everything prior to that is character development and setting the stage for The Great Wormocalypse. That said, it's hard to imagine creatures such as worms posing a serious threat to the existence of humanity. Well, it turns out they're about as intimidating as you'd expect. In order to be harmed by the worms, you basically have to fall on them or be underneath them as they fall on you. What makes them dangerous isn't so much what they can do but rather the sheer volume of them. It gets to the point where worms are pouring out of ceilings and plumbing. As far as the worms, sometimes actual worms are used and, at other times, there are what look like thousands of rubber spaghetti-looking things. I don't recall if there was an explanation as to why the characters didn't just get the fuck out of Dodge when they had the chance, but whatevers. 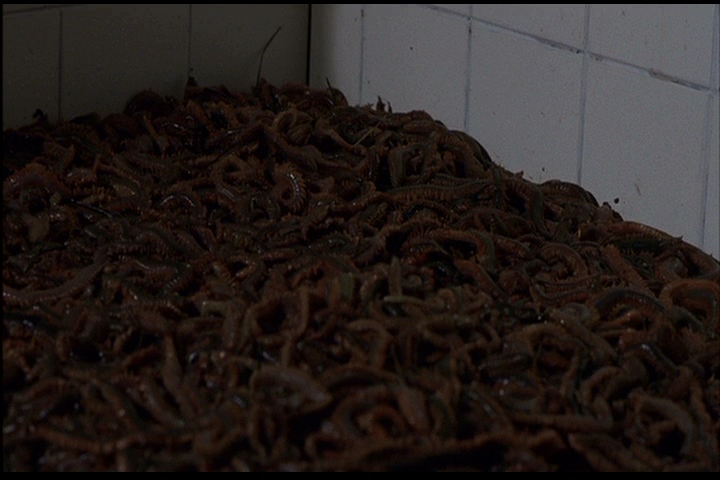 The leads (specifically Don Scardino and Patricia Pearcy) are surprisingly good and are part of what keeps this movie from being nothing more than a silly creature-feature. There are moments of camp, but the weird subject matter is played with a straight face for the most part, which I sort of appreciate. Overall, this is a fun little B-movie that should ideally be watched with a group. One of the highlights for me is definitely the character of Alma, played by Fran Higgins (pictured above) in her only film role sadly. She's GOLD. One of my favorite Alma moments is when she hits a joint so hard it knocks her backwards.