Frank Pierce is a New York City paramedic who works the graveyard shift. When he's not patrolling and responding to calls on the city's most dangerous streets and transporting victims of various ailments to the absolute worst, overcrowded and unsanitary hospital I've ever seen, he's haunted by the ghosts of the people he couldn't save. The people who died on his watch. As much as he hates his job, he's determined to save as many lives as he can - if anything, for selfish reasons and to maintain what little amount of inner-peace he has. On the other hand, being surrounded by death has transformed Frank into a wreck of a human being who drinks on the job and suffers from insomnia. BRINGING OUT THE DEAD follows Frank as he descends further and further into a world of darkness, but alas there's a glimmer of hope when he meets Mary - the daughter of a man who's life he saved and a damaged person in her own right. 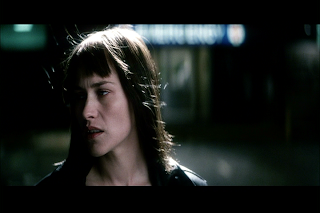 BRINGING OUT THE DEAD is written by Paul Schrader, who adapted the screenplay from a book written by a former NYC paramedic and the man who's basically the real-life version of Cage's character. Schrader is one of those rare examples of a filmmaker who's just as amazing a screenwriter as he is a director, and some would argue that you can't go wrong with a Scorsese/Schrader collabo. BRINGING OUT THE DEAD would be their last film together and Schrader's final screenplay for almost a decade. This film can almost be seen as an alternative to TAXI DRIVER, which was the first collaboration between Scorsese and Schrader.

Cinematically and stylistically, BRINGING OUT THE DEAD is arguably Scorsese at his most dizzying and horrifying. As the film progresses (and to reflect the mental state of Cage's character), it becomes much more overwhelming in terms of how it presents a dark, depressing, and otherworldly aesthetic that stems from pain and despair. However, it's still undeniably Scorsese. Prominent throughout is Scorsese's "interrogation room lighting". Also present is the director's love for incorporating pop songs into his films. BRINGING OUT THE DEAD features an amazing soundtrack for the most part, including songs from the Stones (of course), The Clash, and UB40 to name a few. The inclusion of 10,000 Maniacs' "These Are the Days" and some of Elmer Bernstein's jazzy musical cues, however, feel very out of place. 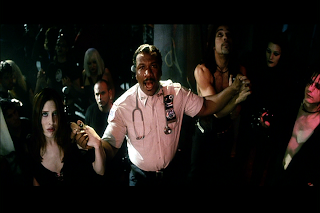 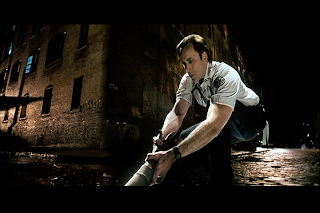 What an amazing cast. Cage plays the role to perfection and gradually throws subtlety out the window in favor of his over the top mannerisms. He Cages it up. Fortunately, considering the nature of the story, the Cage-isms are actually appropriate. Patty Arquette is as fascinating (and adorable) as always, and I could write an entire article on how great the supporting cast is alone. John Goodman, Ving Rhames, and Tom Sizemore play fellow paramedics who partner up with Cage's character throughout the duration of the film (it takes place over the course of three nights, and the aforementioned supporting actors come into play on each of the three nights - each character more absurd and ill-behaved than the previous). Marc Anthony convincingly plays a crazy homeless man. 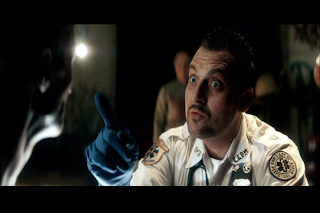 Despite focusing on the darker and seedier sides of New York City, Scorsese manages to humanize the dregs, the vagrants, and the derelicts that litter the streets. In a weird way, BRINGING OUT THE DEAD is very much another one of Scorsese's love letters to NYC, and this is most apparent during a scene where a drug dealer exclaims his love for the city despite being impaled on a fence and in excruciating pain.

I bore witness to some stellar filmmaking and was entertained by quotable dialogue, fascinating characters, and great acting, but otherwise I didn't get much else out of BRINGING OUT THE DEAD. Technically that doesn't leave much to complain about, true, and it sounds like I'm being nit-picky. It's just that it had a lot going on underneath the surface and it attempted to say so much more than it ultimately did. The film builds and builds and gradually spirals out of control, but when it finally ends, it's like "That's it? It took two hours just for that to happen?" Either that or a lot of it just went over my head. I suppose you could look at the film as being symbolic of Cage's character trapped in his own personal Hell. Whatever the case, BRINGING OUT THE DEAD is an excellent and highly rewatchable film that exists in a frightening but fascinating universe. A must-see.