Rounding out Fernando Di Leo's Milieu Trilogy (which also consists of CALIBER 9 and THE ITALIAN CONNECTION) is THE BOSS (also known as WIPEOUT!), which is basically a mafia soap opera. Henry Silva, who appeared as one of the antagonists in Di Leo's ITALIAN CONNECTION, gets a chance to shine here as lead character Nick Lanzetta - the only American in a powerful Italian crime family and the strongarm for Don D'Aniello, who Nick thinks of as a father. For me to really get into the plot and talk about the characters would be quite tedious since this is a rather dense film, and it would also be complicated due to the fact that there are twists and turns throughout the film, all the way up to the very final scene. The best way that I can sum it up is like this: a mass murder of a crime family causes a major shake-up in the organized crime world, and a struggle for power involving rival crime families ensues; a bunch of sleazy stuff that you'd come to expect from an Italian genre film happens in the meantime. 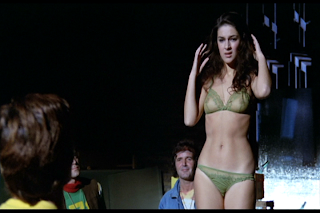 Now that I've seen the entire Milieu Trilogy, I can easily say that this is the weakest of the bunch, but that doesn't necessarily mean it's bad. I disliked THE BOSS for a few reasons, but it's not so much a comment on the quality of the film as it is what I personally got from it. For one, I found it extremely hard to follow. This is a movie that requires your undivided attention; otherwise you're not gonna know what the fuck is going on, and this is partly due to the vast amount of characters - some of whom are important people but get very little screen time, if that makes any sense. Just to give you an idea of how cluttered it is, THE BOSS feels like an entire season of a television show crammed into a 110-minute film, and I don't mean that in a good way. Certain aspects of the storyline were brushed over, and you don't really know enough about some of the characters to care about what's going on. But, to be fair, you do get the gist of what everyone's about.

On the bright side, the cast is great. Gianni Garko, who's mostly remembered for playing the recurring Spaghetti Western character Sartana, appears in THE BOSS as a corrupt police comissioner. Garko has a great presence, so it's unfortunate that Di Leo didn't really use him too much in this. He has a decent amount of screen time and plays an important character, but I wished he would have been featured more prominently. One of Garko's mannerisms that I like is that he talks with his hands when he acts, and when he does, it looks like he's conducting an orchestra. It's quite funny. The star of the show, however, is Henry Silva. He's actually restrained throughout most of the film because of the silent, no-bullshit type of character he plays, but there are a few moments where he goes a little over the top and Silvas it up. My favorite Henry Silva moment in the film didn't even involve him delivering any dialogue, but rather him blowing up a room full of mannequins with a modified grenade launcher. 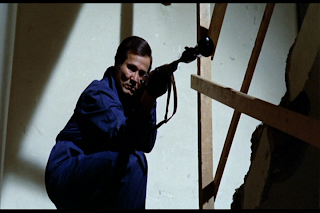 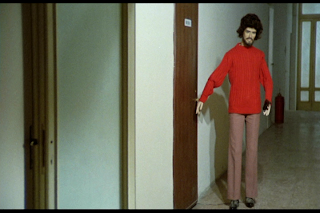 As with some other Eurocrime films, this one makes a commentary on corruption and how the mafia has a choke-hold on seemingly every aspect of society. What I do like about how Di Leo approaches the subject of the mafia with this film and creates a narrative out of it is that there are no "white hats" or good guys. Everyone in the film is corrupt in some way, which keeps things interesting in terms of the viewer not knowing who to trust. THE BOSS alludes to there being one person remaining as the last man standing once the struggle for power and the mafia war reaches its end - it's just a matter of who it is and by what means. To the film's credit, things don't exactly turn out the way you expect, but, as I said earlier, I found it really hard to care when that time came. However, I have a feeling that, with repeat viewings, I may hold this one in higher regard that THE ITALIAN CONNECTION, but CALIBER 9 will always be my personal favorite of the three.