PATRICK is considered to be one of the most important Australian horror movies of the "Ozploitation" era and a noteworthy mark in director Richard Franklin's filmography. The film begins with the eponymous character apparently reaching his breaking point and killing both his mother and her lover by electrocuting them in the bath tub. For reasons that are never made crystal clear, Patrick falls into a coma and subsequently winds up in the very hospital where the remainder of the film takes place. 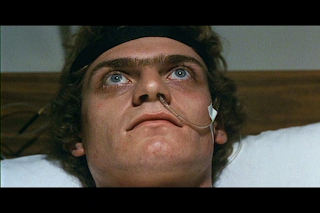 Looking over the unconscious Patrick is a young nurse named Kathy, who works under the supervision of the domineering Matron Cassidy. As the film goes on and Kathy's curiosity gets in the way of her job performance, she gradually notices strange things while taking care of Patrick - behavior that defies his symptoms and things that no one else besides her witnesses. Long story short, Patrick somehow falls in love with Kathy despite his vegetative state and uses telekinesis to communicate with her through a typewriter and cause harm to the people in her life. 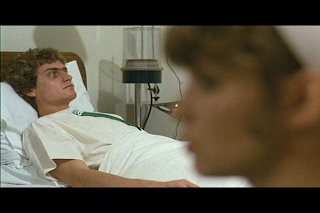 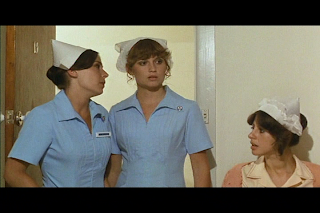 There's a sub-plot involving Kathy and her estranged husband going through a separation as she begins dating another man. Of course this new love interest of hers comes into play as the film draws closer to its conclusion and the seemingly brain-dead Patrick somehow grows jealous and aims his mind-rage at the bloke. On top of that, Patrick is essentially being used as a test subject by a doctor who's obsessed with the separation of the body and its "essence". Besides the point, but the placement of this doctor - a man of science - in a Catholic hospital is interesting in that it creates a very subtle commentary on religion versus science that doesn't really play a role in the overall plot.

The late Richard Franklin was said to be inspired greatly by Alfred Hitchock, and in PATRICK it shows. The main source of influence here seems to be PSYCHO, as evidenced by the similar font used during the opening credits sequence, as well as a number of ambitious camera shots used throughout the film that resemble scenes from the aforementioned Hitchcock thriller. Some could argue that PATRICK is a slow-burn, or that it's overlong and takes far too long to get to the "good stuff", but anyone with an appreciation for creative and aspirational filmmaking will have enough decent cinematic moments to chew on in the meantime. And speaking of Hitchcock, I'm sure it's no coincidence that Richard Franklin ended up as director of PSYCHO II. 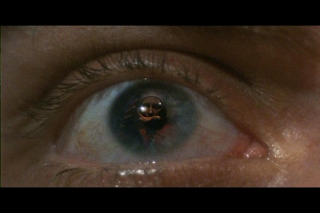 I noticed a lot of comparisons to Brian De Palma's CARRIE going into PATRICK; understandable because of telekinesis being incorporated into the story, but that's pretty much where the similarities end as far as I can tell. Personally, I think a more interesting comparison would be to THE EXORCIST. The antagonists of both films are bed-ridden. Both antagonists have people who are trying to help them. The protagonists of both films eventually bring in some sort of specialist to assess the situation and are greeted with hostility for their troubles. Also, both antagonists release bodily fluids onto unsuspecting standers-by, although one is obviously a lot more extreme than the other.

I agree with anyone who finds PATRICK to be slow, but there's a difference between slow and boring, and I don't particularly find this film to be the latter. The plot moves along at a good pace for the most part, and it's about as interesting as a movie about a guy laying in bed can possibly be. There's a great "Oh, shit" reveal well before the film's conclusion that should, in theory, grab your attention. Aside from the its cinematic strengths, I really dig the film's ambiguity - the paranormal element, Patrick's back-story, so on and so forth. The actor who played Patrick, Robert Thompson, began his career with this film and didn't really do much afterwards; he had a small role in the Aussie vampire movie THIRST and also appeared in Richard Franklin's ROAD GAMES before doing a couple of television projects and apparently moving on to other things. Stage, maybe? In any case, PATRICK was generally well-regarded from what I can gather, and its legacy is covered in Mark Hartley's extensive NOT QUITE HOLLYWOOD documentary. Unfortunately the documentary spoils one of the film's frightening pay-offs, but oh well.

Drink every time someone says "Matron" or "Jacquard". You're welcome.