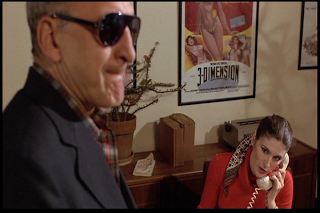 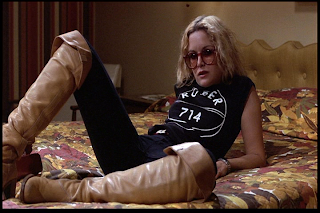 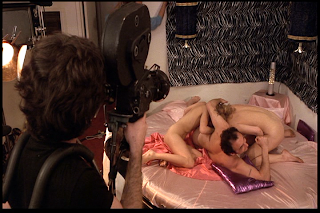 While portrayed as a serious film for the most part, one can't help but laugh at how ridiculous some of the characters and set-pieces are. While staging a fake casting session with hopes of finding one of the actors who appeared on screen with his daughter, Scott dons a wig and fake mustache, looking like Tom Savini's dad. The cast of characters who show up at his motel room hoping to audition include a bi-sexual male prostitute who insists on showing his cock despite not getting "the role", and a large black man who goes by the name of Dick Blaque and pulls the race card when he's told he's not the type that Scott's character is looking for. 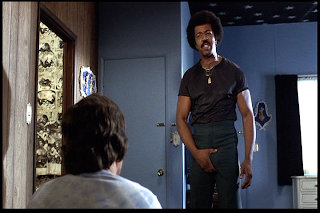 Another laughable moment takes place during a scene in which Scott's character is understandably crushed as he sees his daughter being double-teamed on film by men who look like they have AIDS. As Scott gets emotional in one of his more powerful scenes in the film, one can't help but howl at the atrocious Prince Valiant haircut of one of the threesome participants. There's another hilarious moment when Scott walks into a club called Les Girls and notices two women - one in a cape and bootleg Darth Vader mask and another rockin' the Princess Leia buns - engaging in a light-saber duel as what sounds like the STAR WARS disco theme plays in the background. Perhaps even funnier than this sight is the fact that people are actually sitting around the stage and paying attention to it. 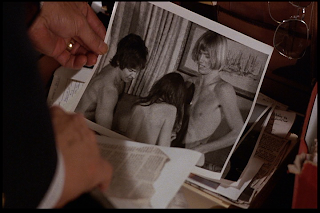 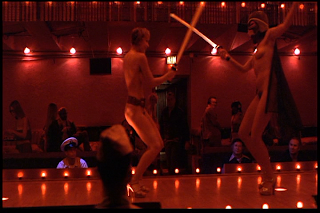 If you want to see what is quite possibly the largest collection of scumbags and ugly naked women assembled for a single film, look no further than HARDCORE. I was genuinely amazed by all of the absurd characters sprinkled throughout the film. I was also quite fascinated by the aesthetic, despite the style and the fashion, etc. being rather ridiculous. Fascinated because I'm so used to the modern-day ironic retro '70s trends that seeing the real deal in HARDCORE - and in such an over-the-top manner - was an eye-opening and almost surreal experience. I often forget that what would be considered purposely bad fashion today was hot shit once upon a time.

I haven't seen as much of director Paul Schrader's films as I'd like to admit, but for what it's worth he has a good track record with me so far. HARDCORE isn't a film that packs a punch, but it's a well-done and consistently interesting film full of great characters and memorable moments. The porn industry and the varying sex clubs provide a fascinating backdrop. Scott's performance is subdued for the most part because of the type of character he plays, but, when required, he really brings it. Primo score by Jack Nitzsche as well. Overall, a very solid film.