DAY OF THE REAPER is an obscure 80s slasher that was recently given a limited edition release by SRS Cinema on VHS, DVD, and Blu-Ray, and it's also the debut of director Tim Ritter.

The film immediately sets up a backstory that revolves around a young woman named Jennifer who survived the wrath of a deranged, cannibalistic killer. All of her friends were murdered and she remains the traumatized sole survivor. DAY OF THE REAPER is almost structured like two slasher movies that intertwine with each other: the original and its sequel. The original plays out through flashbacks and nightmare sequences while the sequel is the current storyline. As Jennifer goes about her recovery and grieving process, the masked killer breaks out of an asylum (or something like that) and returns to stalk her. 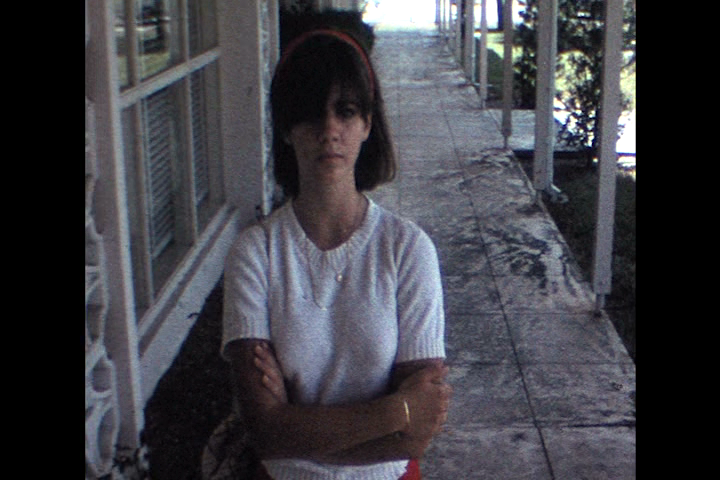 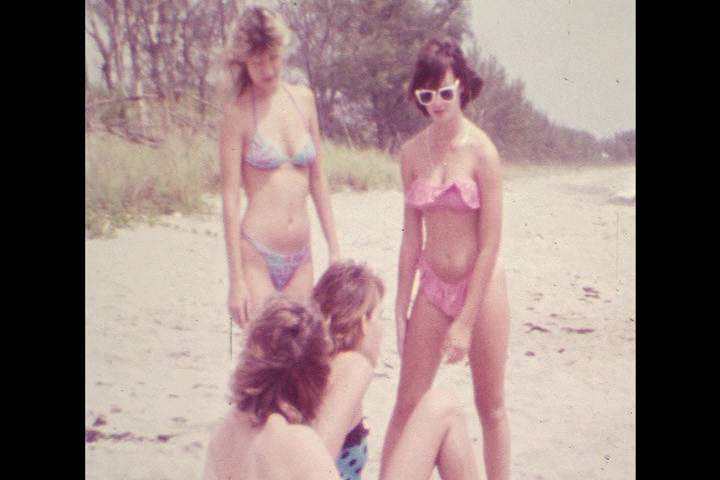 DAY OF THE REAPER is about as low-budget and amateurish as it gets. It makes DEADBEAT AT DAWN look like a Michael Bay movie. And I say that not as a criticism but as the truth. This was basically a movie that director Tim Ritter was determined to make, and he did so independently and with a small crew and very little resources. The intention was to simply bring an idea to life, not produce a film for mass consumption. And the final product is definitely reflective of someone who just made a movie with some friends and gave zero fucks in the process. 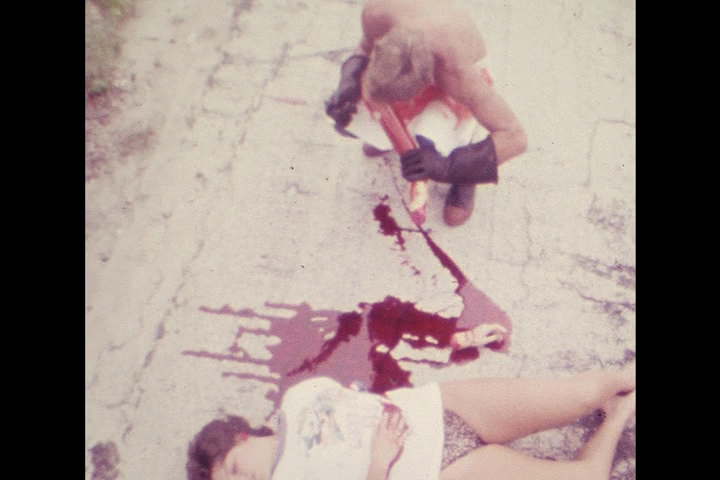 According to the DVD's commentary track with Ritter, the cast is basically made up of kids from the Drama class at his local high school - most of whom also doubled as crew members. Even Ritter himself plays a character - specifically the most unconvincing detective I've ever seen. The actor who plays the killer looks like some young surfer kid. Speaking of the killer, sometimes he appears unmasked but most of the time he wears an executioner-type hood. He also wears big black rubber gloves, like he just got done washing dishes at a local diner. But then again, Ritter did work as a dishwasher to finance the movie, so perhaps the gloves aren't a coincidence. 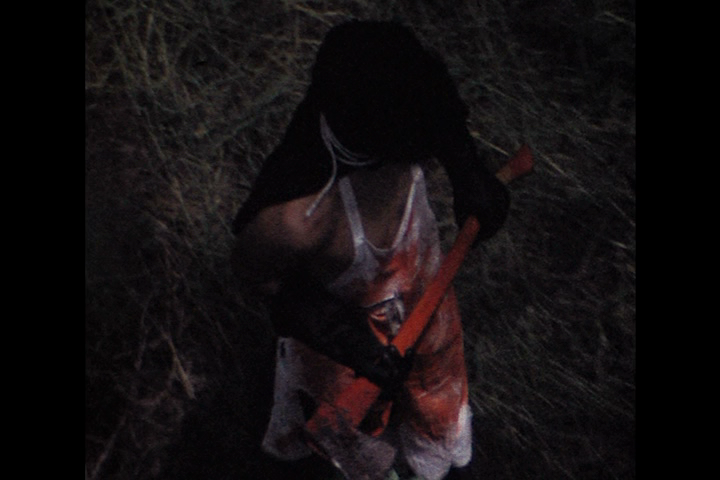 I love the Super 8 look of the film, which gives it the appearances of a fucked-up home movie, as if you searched the attic and discovered your siblings and/or parents made a gory slasher movie and never told anyone about it. The dubbing and "ADR" (if you can even call it that), however, is pretty bad. It sounds like a bunch of people who had nothing to do with the movie just recited the script with the enthusiasm of having to read an entry from a history book out loud to a classroom. The voiceovers do add to the entertainment value but are undeniably and glaringly bad. Most of the film doesn't even have dialogue anyway. Many scenes are accompanied by synth music that ranges from ominous to grating, and by grating I mean it sounds like the composer would just get bored and slam his head on the keyboard from time to time. On the plus side, the music-only scenes (combined with the unorthodox and fairly sloppy editing) result in a very nightmarish feel at times. In particular, there's a surreal and dreamlike sequence where Jennifer is being chased by the killer through the woods as what sounds like a hysterical rendition of Goblin's SUSPIRIA theme serves as the aural backdrop to the chase. This sequence ends with even more weirdness when the killer proceeds to climb a tree for some reason while his prey remains on the ground.

It should be said, all of my criticisms and observations are backed by respect and admiration. Ritter wanted to make a movie and he did, fueled only by his enthusiasm, friends, and a camera. Quality be damned! But, technical shortcomings aside, this is a pretty fun movie, especially once the final act kicks into gear and the killer faces off with another masked maniac. And the gore effects are good, too, all things considered. If you're interested in picking up some copies from SRS Cinema (if available), you can do so HERE. The DVD comes with a commentary track and a 20-something-minute slideshow of production photos.