Set in a rural area of Stephen King Kountry, Maine, ALMOST HUMAN opens in 1987 and lead character Seth is freaking out; his friend Mark suddenly vanished in the woods after a mysterious, blinding blue light flashed before their eyes and was accompanied by an ear-piercing high-pitched frequency. This incident turns into a big mystery that goes on to receive media attention. Ultimately, Seth emerges from this bizarre incident as the prime suspect regarding the disappearances of his two friends because of his far-fetched story and sketchy details of how it went down. He remains free due to a lack of evidence but is nonetheless haunted by what happened. 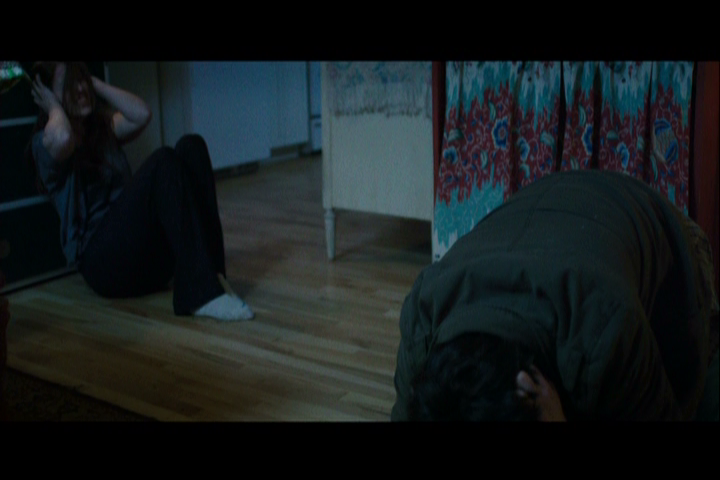 Fast forward to 1989 and Seth finally reaches out to Mark's wife, Jen, who's since settled down with another man. This coincides with new sightings of the mysterious blue lights and Mark suddenly being found by hunters 100 miles away, butt naked and covered in white slime. The film primarily focuses on Jen and the paranoid Seth, occasionally going to Mark, who's focused on getting back to his home town and, in the process, kills pretty much everyone he comes in contact with. 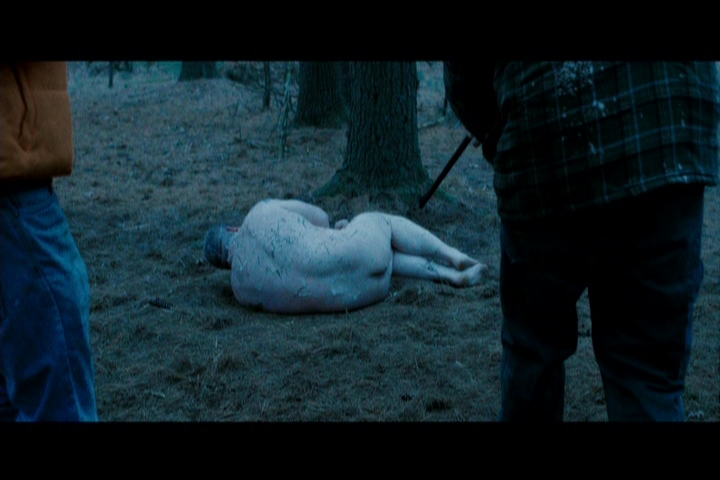 Yeah, so this is basically a slasher movie with a Sci-Fi backdrop. Mark goes on a killing spree with a specific goal in mind. Speaking of which, the actor who plays Mark is pretty intimidating. Must be the beard. In fact, I'm scared to criticize this movie because I'm worried he might hunt me down and make me his bitch. But then again, I can't lie to you and tell you I loved this movie. ALMOST HUMAN lost me early on, pretty much right after the prologue, mainly because of how boring it is. I'm not sure how this got IFC distribution. It feels very amateurish in both the filmmaking and acting departments. Not that everything horror-related IFC puts out is necessarily good, but they have a tendency to put out films that are of decent quality. So when you take that into consideration and throw in some awesome retro artwork for the film, hopefully you can understand why I was disappointed with how amateurish and plain this ended up being. It also features cute references for horror fans to pick up on. For one, Jen's last name is Craven (seriously, have you ever known someone with the last name "Craven"?!), and part of the film takes place in Derry, Maine, which is a fictional town created by Stephen King. 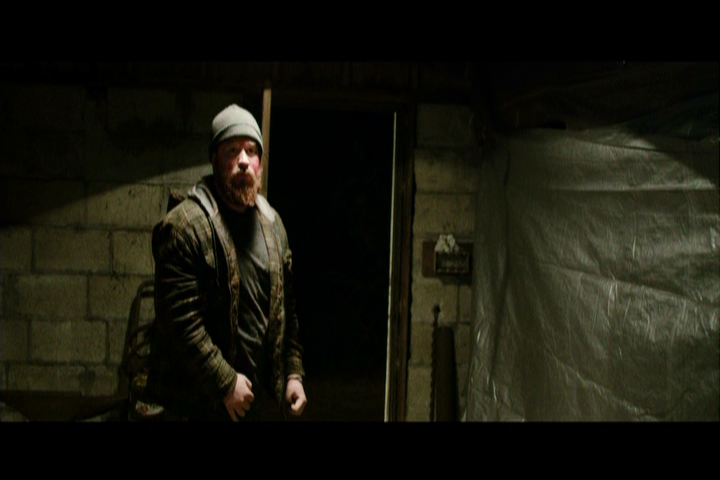 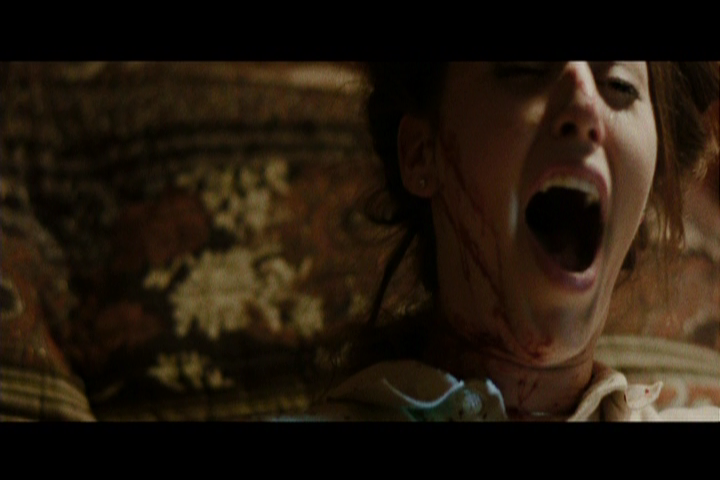 On the plus side, one of the things the filmmakers did right is incorporate as many practical gore and creature effects as possible, which is surely done in the spirit of the 80s horror movies that ALMOST HUMAN fails to capture for the most part, aside from the obligatory ominous synth music. Speaking of which, things do get pretty goddamn bonkers towards the end in terms of the gore effects and whatnot. If I were to watch this again (doubtful), I'd just jump right to the end and witness the splattery goodness that it brings to the table as opposed to sitting through the entire movie. Oh, and this also features one of the weirdest/amazingest rape scenes I've ever seen in a movie, which definitely counts for something. It's like XTRO levels of weird.