I'd heard very little about DEATH BED: THE BED THAT EATS going into it, but I do recall the word "weird" being thrown around. Yeah... "weird" is a fucking understatement. How about mind-fuck? Watching this movie made me feel like I was laying on an actual death bed. But before I get into my thoughts on the film, it should be said that there's an interesting story behind it and how it eventually got released on DVD. Director George Barry originally started production back in 1972 and didn't complete it until five years later. He apparently had trouble selling the movie, so he put it aside, moved on with his life, and "forgot about it." Turns out someone released the film in Europe back in the day, which Barry wasn't aware of until way after the fact. Barry then hooked up with Cult Epics and the rest is history. This information is courtesy of Barry's own mouth during an introduction on the DVD, which, sadly, is the only supplemental material on the DVD. The Blu-Ray however, which was released just last month, has a decent amount of extras on it, including a commentary track that I can't wait to hear.

The bizarre opening of the film, which is titled "Breakfast", sees a young couple trespass on what appears to be an abandoned property and break into a large home. Prior to this, we're introduced to a man who will serve as the film's narrator and lives behind a wall in what looks like a mausoleum. Turns out this room is actually the home's cellar, which appears separate from the rest of the house, and it contains a rather spacious bed that supposedly eats, sleeps, and breathes - with an emphasis on "eats". 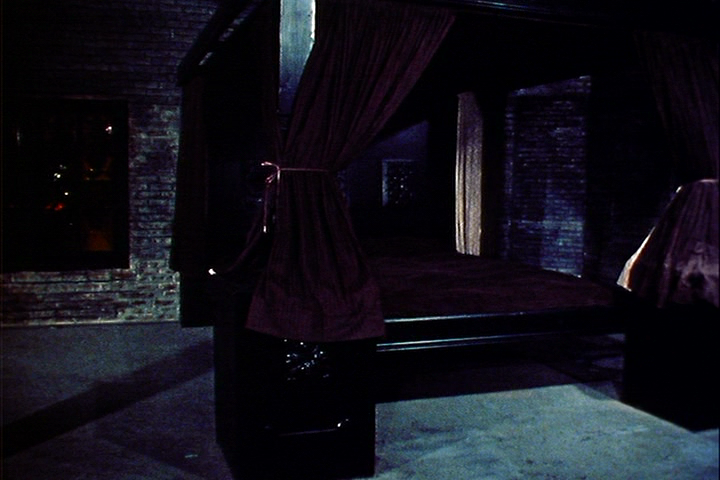 Yes, as if the title didn't make it clear enough, this film features a bed that's essentially a living being. As the young couple I mentioned earlier lay on this bed and engage in foreplay in between debating on whether or not they should eat their lunch first, they're consumed by it. It's at this point, for the first of many times during the movie, that we get to see the bed's digestive process, which is bizarre to say the least. 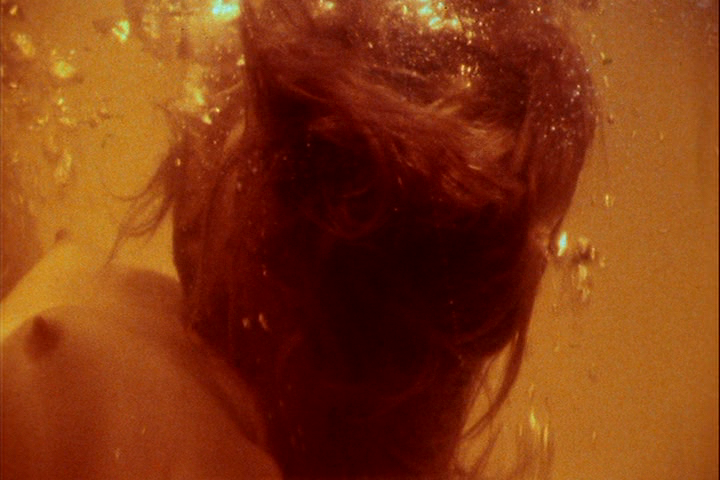 Basically other people come along throughout the movie and become food for the bed, with the film broken up into four different chapters: Breakfast, Lunch, Dinner, and The Just Desserts. The narrator (the guy who lives behind a wall) is essentially the host who guides us through this unusual narrative. Speaking of which, there's a shit-load of narration and ADR in general. The only characters who actually speak, from what I recall, are the two unfortunate victims at the beginning of the movie. The rest of the time, it's either narration or ADR. In some cases, it's like some of the characters are speaking to each other telepathically; they're exchanging dialogue but their mouths aren't moving. 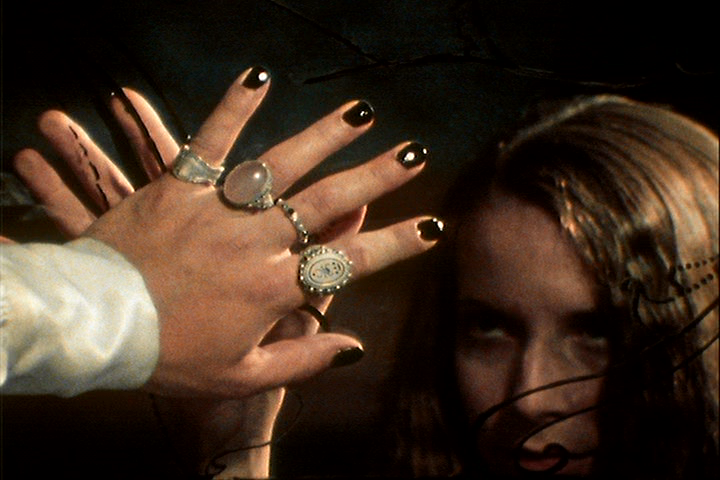 We also get an origin story about the bed, which was the most interesting part of the movie to me. The bed's back story involves a shape-shifting demon who sits on a tree and turns into the breeze. He brushes across a young woman who he becomes sitten with and takes on a human form and created the eponymous bed as a means of trying to seduce her. However, he underestimated his demonic powers and ended up killing her, which "saddened him". His bloody tears then soaked the bed, which were absorbed by it over time, turning it into a living being. Seriously, who thinks of this shit?! George Barry, that's who. Yet another reason I'd like to learn as much as possible about this film: I'd mainly like to know what was going through his head when he wrote this and what types of drugs he was on. 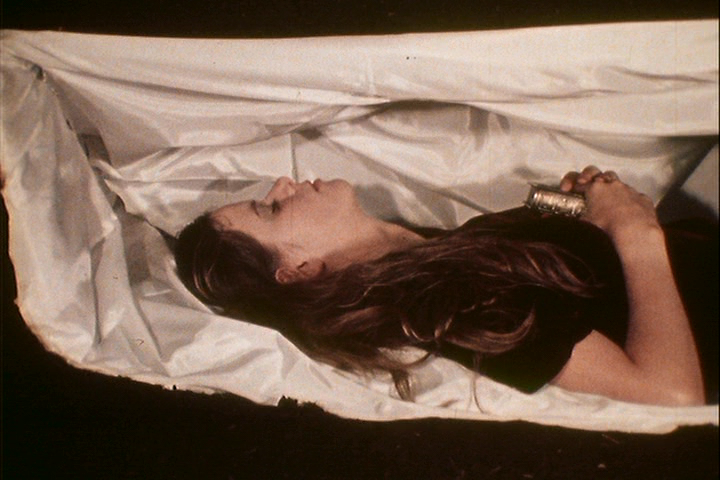 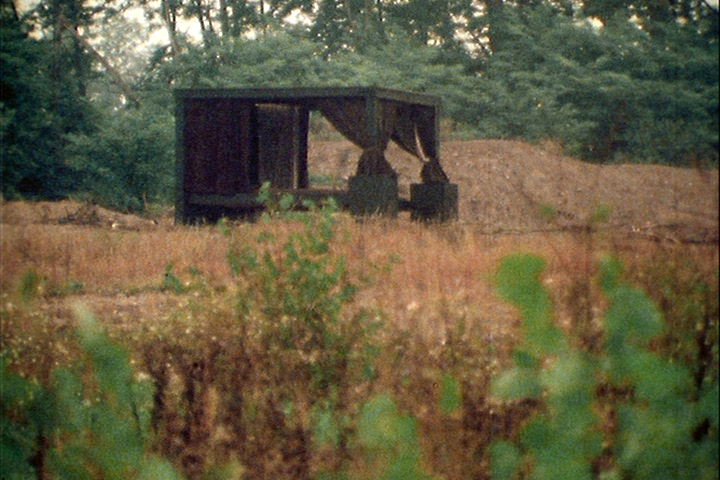 As mesmerizing as it was, DEATH BED was also a struggle to get through. For me anyway. The 77-minute running time felt like an eternity. But, despite how boring it was, it's also strangely fascinating for a myriad of reasons, not the least of which is because of how unique it is. One way I can describe DEATH BED is that it's like when someone has a vivid dream and they try to describe it to someone; they might think it's the most amazing thing ever but, when put into words, it doesn't necessarily translate well. In fact, "dreamlike" would be one way of describing this movie, from the visuals to the way the characters speak to the nonsensical structure of the story. 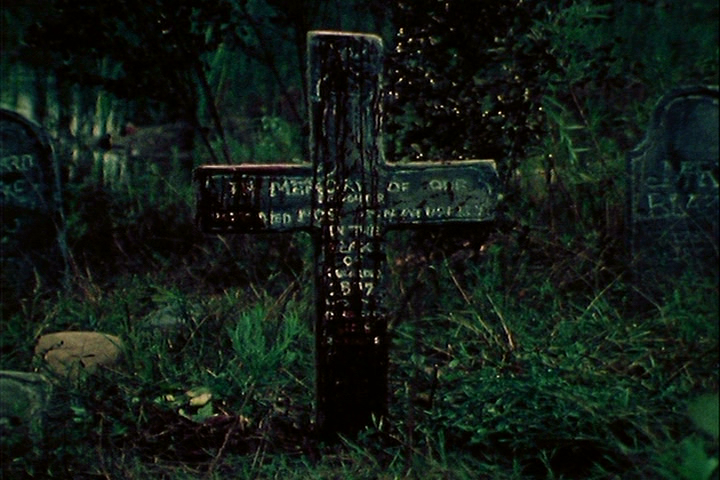 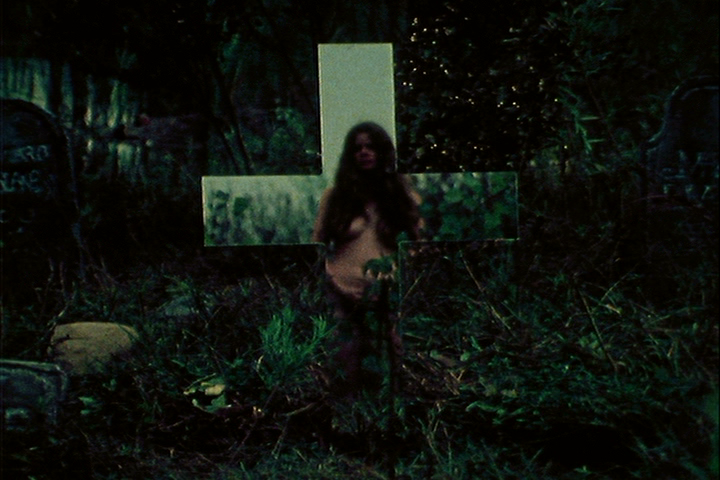 The special effects (if you can call them that) in regards to the bed consuming and digesting people are actually pretty good and very creative. Pending a viewing of the Blu-Ray, I'd be curious to know how the director pulled off the illusion of the bed eating people. Just to paint a picture for you, it's basically just yellow suds rising up from the bed's linen and surrounding whatever it wants to eat, be it people or inanimate objects. It then sucks its food down into what appears to be a container full of acid and digests them. Thankfully the bed's bowel movements weren't elaborated on. Overall, DEATH BED blurs the line between art-house and low-budget backyard horror. Regardless of my mixed feelings about it, I can honestly say that DEATH BED is one of the strangest and most original horror movies I've ever seen, and I think it's up there with the films of Chester N. Turner as one of the bigger curiosities of horror cinema.