I haven't hosted a giveaway in a while, so I think it's about time for one! 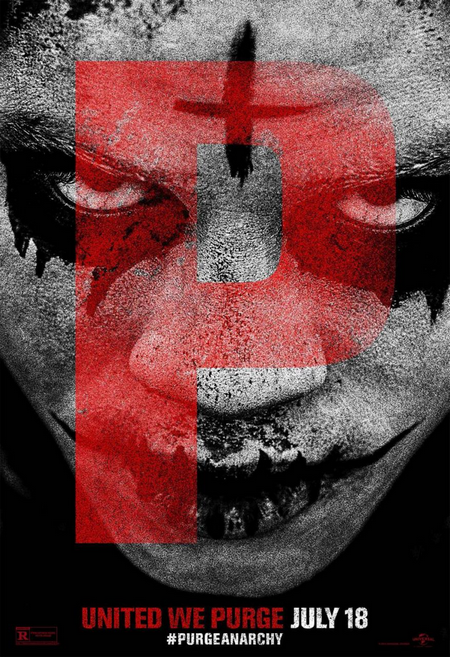 In anticipation of the upcoming release of THE PURGE: ANARCHY this Friday, the folks at Universal are giving away a cool prize pack consisting of: 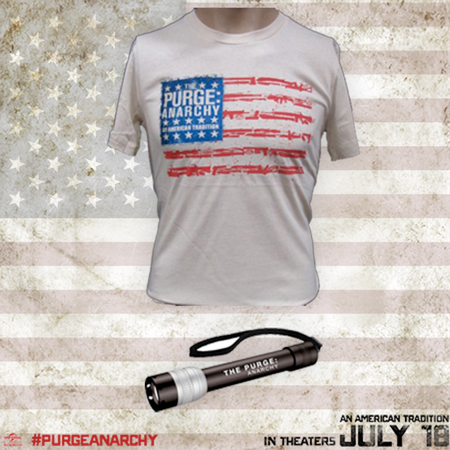 The rules are simple:
1. Check out the 5 Things To Know Before You Watch The Purge: Anarchy Interactive GIFs below and move your cursor across the GIFs to control each scene.
2. Leave me a comment with two things: 1) your e-mail address, and 2) Tell me what you would do to survive if the Purge night really went down and all hell broke loose!

The person who leaves my favorite response to step #2 will be the winner, so be creative!
Deadline is Tuesday July 22 at 11:59 PM. Only U.S. residents are eligible (sorry - not my rules). 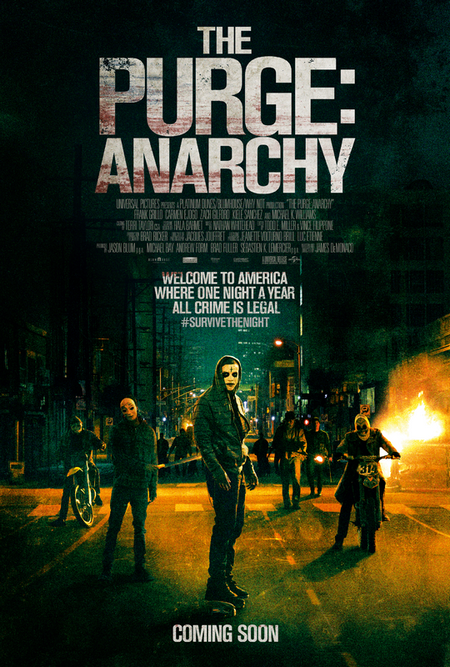 "On July 18th, prepare for Anarchy by checking out the “5 Things To Know Before You Watch The Purge: Anarchy” Interactive GIFs. Move your mouse across the GIFs to control the scene!
The New Founders of America invite you to celebrate your annual right to Purge. The Purge: Anarchy follows an unlikely group of five citizens who, over the course of the night, are hunted across the city in a kill-or-be-killed series of survival scenarios during the annual Purge."
#PurgeAnarchy
#UnitedWePurge