As with any actor or director who I'm a fan of, I tend to be a completist when it comes to watching their films. Such is the case with Amber Heard, who stars in the film I'm reviewing right now. I don't think she's an amazing actress or anything, but OMG she sexy. That said, there I was looking through Amber's filmography on Netflix when SIDEFX stuck out like a sore thumb. Just reading the synopsis, which alluded to a drug that turns people into vampire-zombie things, I knew this was gonna be bad. So naturally my dumb-ass added it to my queue and the rest is history. 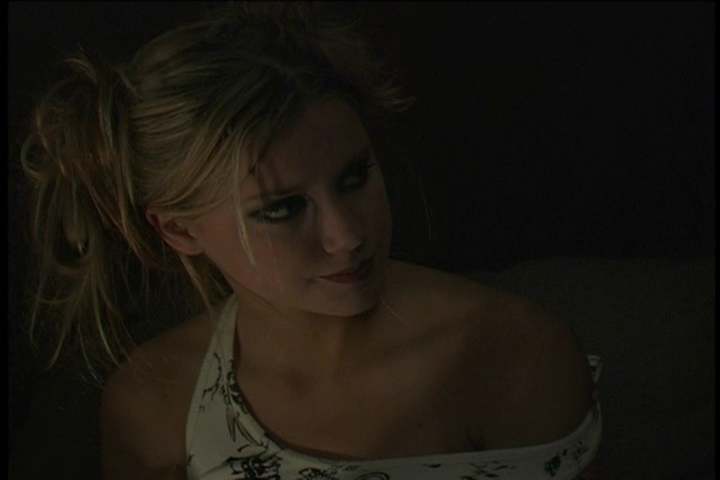 The film opens as sort of a reverse cautionary tale. Some dirtbag goes to a club and spikes a chick's drink. Whatever he put in her drink made her super horny, so they go back to her place and she ends up eating his flesh. Twist! The next day, when the people who would go on to be the film's lead characters are exiting a diner, an incredibly fake newspaper's front page reports that the scumbag from the club was eaten by a dog, which is kind of rude. I mean, the chick who killed him was no Victoria's Secret model, but to call her a "dog" is pretty harsh. *rimshot* 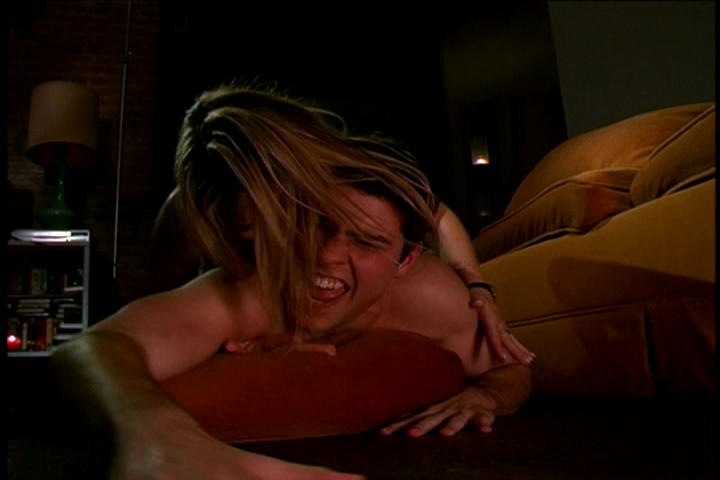 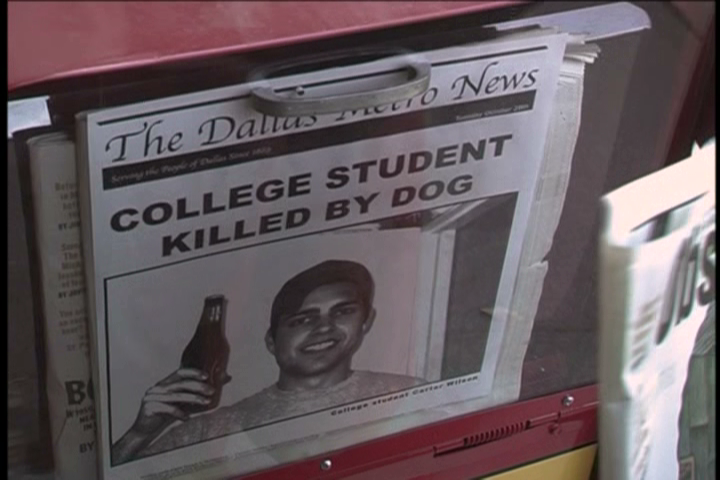 Back to the diner, SIDEFX opens on the days leading up to Halloween. Some dude named Matt, who looks like Jake Busey, is planning a huge party. His selling point is that he's got some new drug called Ace that's "ten times stronger" than extacy. But then he totally cancels out his own pitch by being super annoying. And it's this same dummy who later drugs his gorgeous roommate, Tuesday, who ends up being the main person that the film revolves around. Much like the girl from earlier who got drugged, Tuesday begins to sweat profusely and get uncontrollably horny once the drug kicks in. Alas there's no man to be found, so she lays in bed and rubs one out. Meanwhile, a few blocks away, two more people are attacked by "a dog" - one is torn to pieces and the other escaped unharmed but got hospitalized nonetheless. Considering Tuesday's whereabouts during incident are unknown, all signs point to her being the one responsible, which presents a Jekyll and Hyde type of scenario, or even something similar to a werewolf movie where someone sporadically becomes a monster and has no recollection of it. 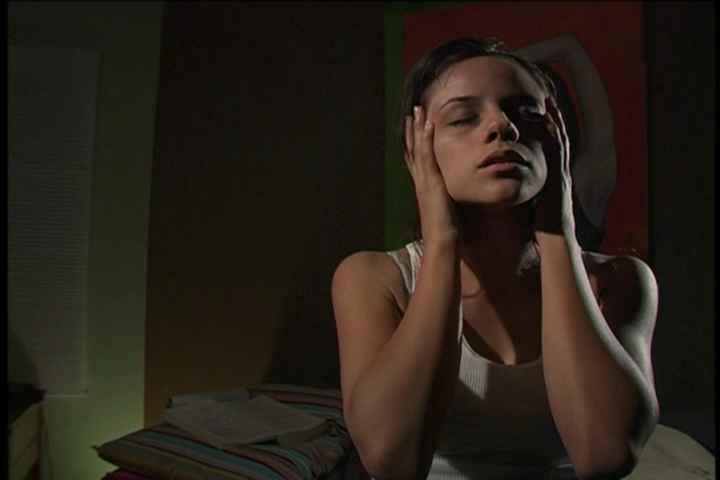 Throughout SIDEFX, the drug remains in Tuesday's system and causes her to experience changes, both mental and physical. She mainly has a bunch of hallucinations. Some Crazy Ralph type of character comes into the picture as well. Apparently this crazy old person has knowledge about the drug's origins and tries to warn Tuesday about it. At one point this character drops an info-dump about the drug's creation and I had no idea what his senile ass was talking about. During this rambly piece of dialogue, the film transitions to a flashback scene that takes place during the medieval ages, which makes things even more confusing.

Basically everything culminates at the Halloween party, where Matt passes the drug around to a bunch of people who have no clue what they're in for. Before Tuesday and her sidekick Shay (that's Amber Heard!) can do anything about it, it's too late. The drug circulates at the big Halloween party and it's only a matter of time before some of the unfortunate party-goers go ape-shit and start eating people. 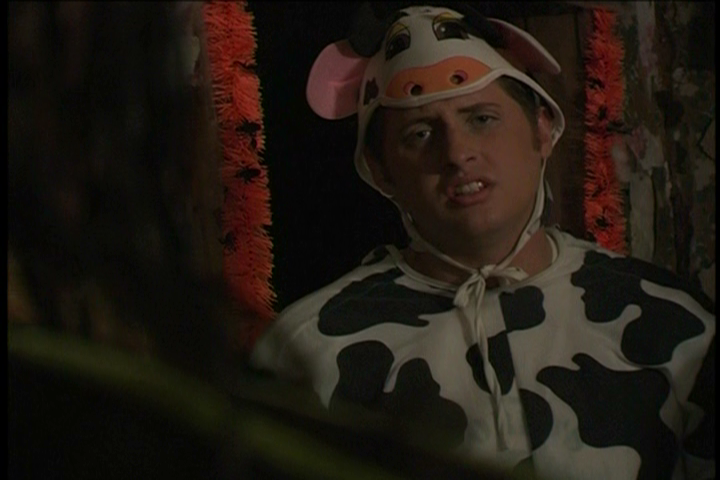 It's pretty evident right off the bat that SIDEFX is a super low-budget independent film. It just has that look about it, like it was shot with one of the worst cameras you could acquire. And, clearly, zero fucks were given judging by the visible microphone packs attached to Amber Heard's pants for pretty much the entire movie. Parts of this movie are so bad that it borders on grating. Personally, I sort of enjoyed it though! As I mentioned earlier, I only watched this because it features Amber Heard early in her career, so it's cool to see her in a cheesy horror movie like this. At the very least, Amber and lead actress Amanda Phillips made this watchable because of how amazingly gorgeous they are, but I suppose that means jack shit to anyone reading this who doesn't find women attractive. 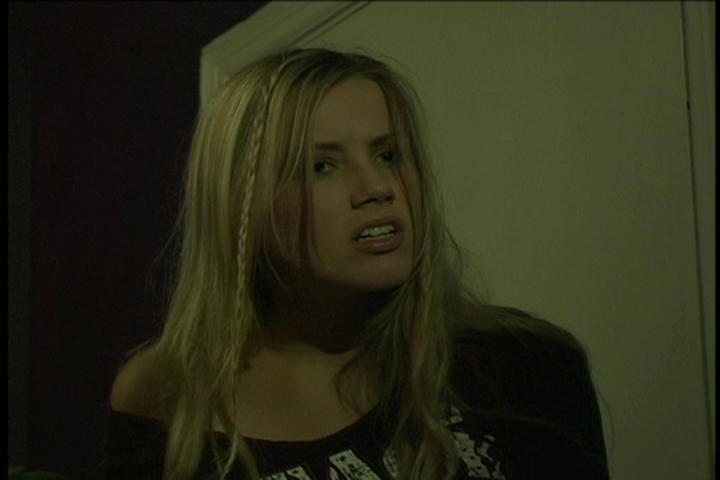 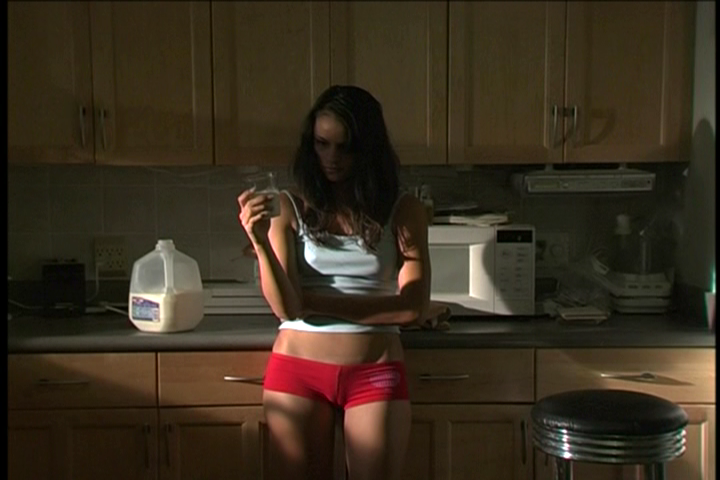 For the most part I couldn't tell if SIDEFX was purposely campy or if it was unintentional. Either way, it had a charm about it. It's the type of movie that would make for a perfect viewing on a Saturday night when the booze is flowing and you're in the mood for something shitty but entertaining. The back end of the film gets pretty gory, to the point where everyone is covered in blood, so there's that too. There's also some decent atmosphere towards the end thanks to the Goblin-esque piano score. Trust me, I'm as surprised as you are that I name-dropped "Goblin" in a review of SIDEFX. So yeah, in the right mindset I think this could be enjoyable for a lot of people. Proceed with caution though.