So it turns out that this is a name-only sequel to WHISPERING CORRIDORS, and apparently it's the case with the other films in the series as well. I'm relieved by that. I don't think I could handle re-experiencing the first one a handful of times. The common thread with the films in the series is that: A) they all take place at schools for girls, and B) the lead characters are all students of said schools. I assume all of the films in the series deal with the paranormal or supernatural, but I guess that remains to be seen in the coming days. One thing I can say for sure is that it's definitely the case with this one. 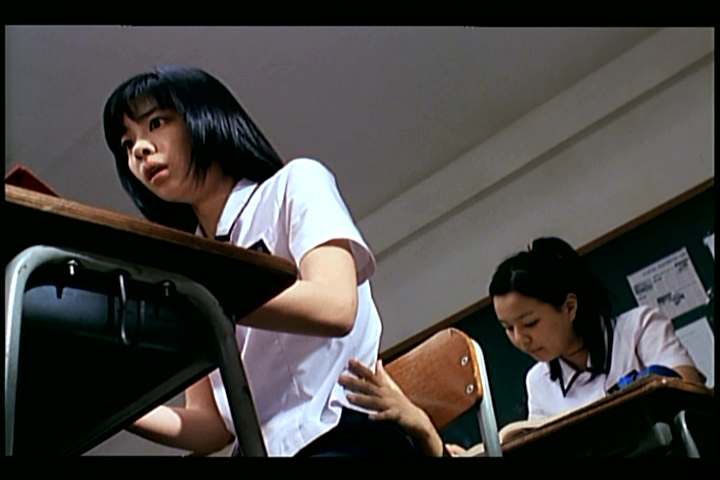 MEMENTO MORI introduces us right away to a number of students at a school for girls. Judging by how much the film takes its time establishing them, they'll apparently play important roles in the story that's about to unfold. The two girls who matter the most, however, are Shi-eun and Hyo-shin. This film exists in their world and everyone else, whether they know it or not, is just along for the ride. 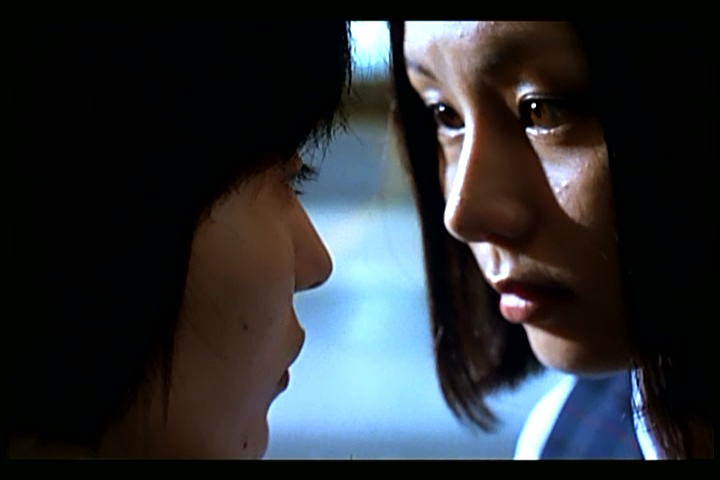 Shi-eun and Hyo-shin are former best friends who have drifted apart for whatever reason. One of them is a free spirit and full of life, while the other is a bit more reserved and seems like the type of person who's misunderstood and unfairly judged by the majority. They're also seen as outsiders and "weird" by the clique of popular girls who they tend to cross paths with. But, seeing as this is a horror movie, it's really the popular ones who are the outsiders. Isn't that why we all love the horror genre so much? I'm sure a lot of us can relate to (or live vicariously through) the fictional misfits in horror movies who are humanized and given a stage - for better or worse - to be the center of attention.

The former friends are reunited through a stint in detention, and it's through this reunion and the subsequent rekindling of their relationship that we learn more about their history together. There's also a diary that plays an important part in the overall exposition. As the film goes on, it gets deeper and deeper into their world, progressively revealing more information about their past. Whatever it is, their bond must be pretty intense considering they can communicate with each other through telepathy. That being said, I got a big HEAVENLY CREATURES vibe from these two chicks early on - but with a paranormal twist of course. Until certain revelations are made in the back end of the film, there are a lot of allusions to the relationship between the two friends. Were they once lovers, or are we as viewers falling into the same traps as the popular kids by assuming things? For the most part, the lines are blurred. Nonetheless, their connection is deeper than most people can comprehend. 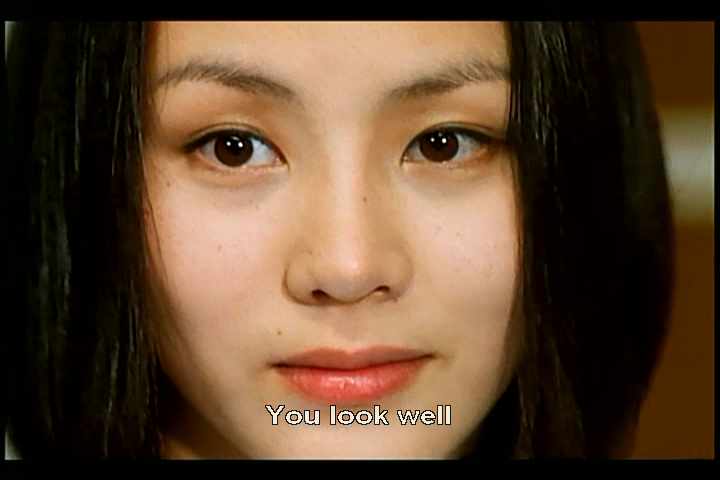 Things take a sudden and shocking turn at one point, setting the stage for another character to enter the picture and play a more prominent role. I'd be ruining the film for those who haven't seen it if I were to say more than that, so I'll drop it. Whereas the first WHISPERING CORRIDORS movie was sort of a paranormal slasher, this is a film that deals more with identity and the roles that the characters play in their world. The horror element is seemingly just part of the circumstances surrounding everything. The telepathy I mentioned earlier is unexplained (as far as I can remember anyway), but it's one of the only thing that plants this film in horror territory as opposed to it being just another teen drama. And I don't mean that in a bad way either. 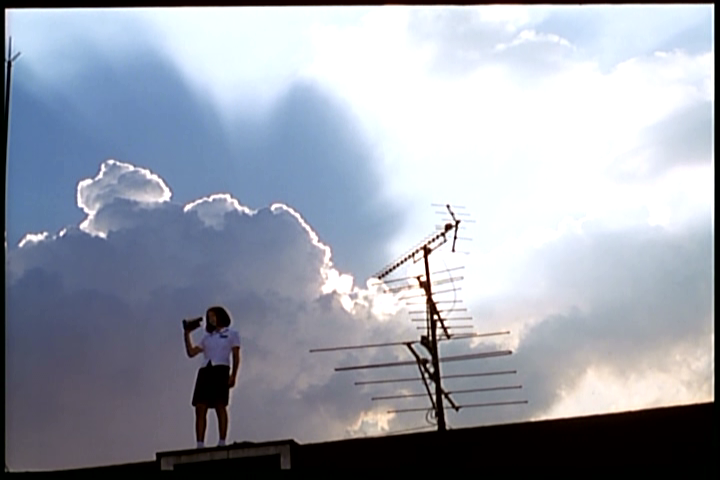 MEMENTO MORI, quite frankly, has some of the best character development I've ever seen in a horror movie. The film deals with a lot of real shit that kids and teenagers (and even some adults) are faced with as they attempt to find their own identity, discover themselves, and learn the hard way where they fit in with the rest of society. And, just like in life, unfortunately there's the occasional casualty. The film does have a tendency to be as slow as the first WHISPERING CORRIDORS, but it's OK because the filmmaking is quite remarkable and the dialogue is shockingly good for a horror movie. I'd even go so far a to call certain parts of the film "masterful". There are moments of genuine hilarity and utter sadness to be found in MEMENTO MORI. It's like a weird mash-up of ROMEO AND JULIET and CARRIE, and I'd even go out on a limb by throwing ALUCARDA into the mix of things that quite possibly influenced this. I know that's a lot of high praise, so I'll bring it down a few notches by saying that MEMENTO MORI kinda blows it at the end. There's all of this amazing character development and a story that builds up to something special, and, well... let's just say that it doesn't have the pay-off you think is gonna come, which is a real shame. As it is, though, this is definitely something worth checking out, and the great thing is that you don't even have to suffer through the first one!