In looking up some potential horror franchises to cover for Summer of Blood (!!), I stumbled upon South Korea's Whispering Corridors series, which has five entries to date. The first three films were originally released as the "Ghost School Trilogy" by Tartan Video a few years back. When it comes to horror, I typically don't seek out movies about hauntings (I'm more of a blood and guts kinda guy), but this series sounded too good to pass up for a few reasons: 1) I love horror movies that take place in schools, 2) I'll be able to scratch more Asian horror movies off the list, and 3) the name "Whispering Corridors" sounds pretty dope. 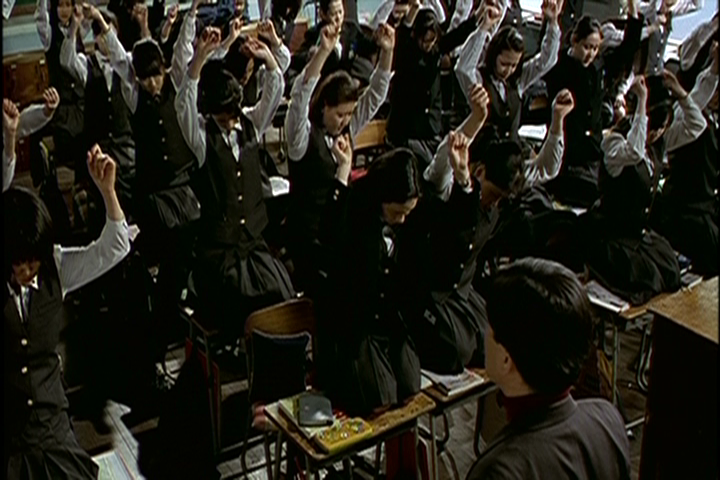 WHISPERING CORRIDORS, which is set at a private school for girls, opens more like a straight-up slasher than a ghost story. A female teacher working late is stalked and killed by a student who's supposedly been dead for years. We don't know much about this dead girl, but the teacher's reaction of "Jin-ju is here" suggests that perhaps she's been roaming the halls for a while. From there we're introduced to two of the lead characters the day after the teacher is killed: a reserved, bookish girl named Jae-yi and a more outgoing girl named Ji-oh, who can supposedly communicate with spirits. Both are seniors at the school. 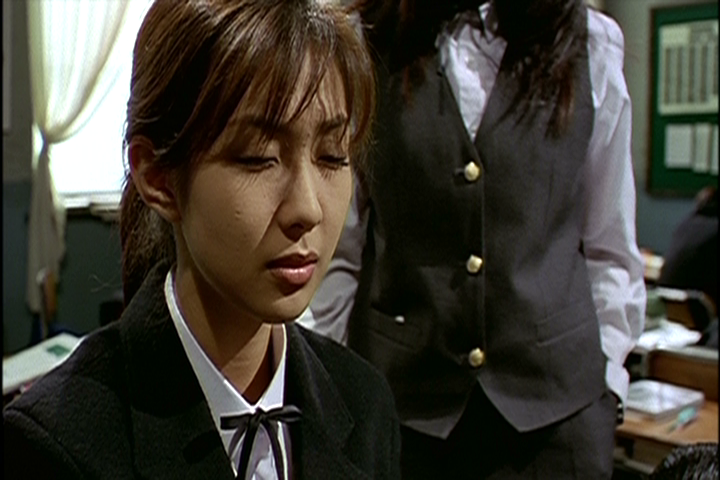 In the aftermath of the teacher's death (her body was found hanging from a bridge that connects two of the school's buildings), they're instructed by one of their superiors to not speak of the tragedy to anyone and avoid bringing any attention to the school, or else the repercussions will be harsh. And it should be said that this superior in particular is a male and has the nickname of "Mad Dog" because of his temper and constant outbursts. I can't recall this character's real name despite him being involved in some of the film's more memorable scenes. He's an incredibly strict teacher who literally beats the shit out of his female students, namely Ji-oh, who he seems to have it out for. 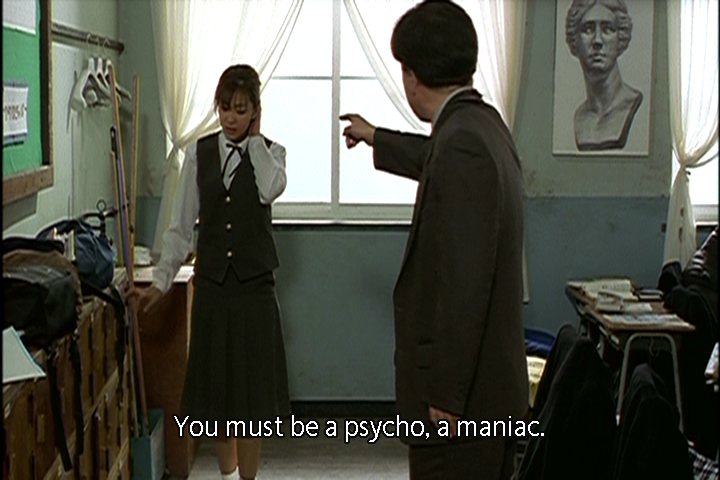 Another character who plays a key part in the story is Eun-young - a former student who's now a teacher. She's young and pretty and she's also the person who the dead teacher contacted right before she was killed, suggesting that she might be privy to the "Jin-ju" situation. Eun-young is also inclined to appear uneasy, as if she just saw... a ghost?!?! Hmmmm. 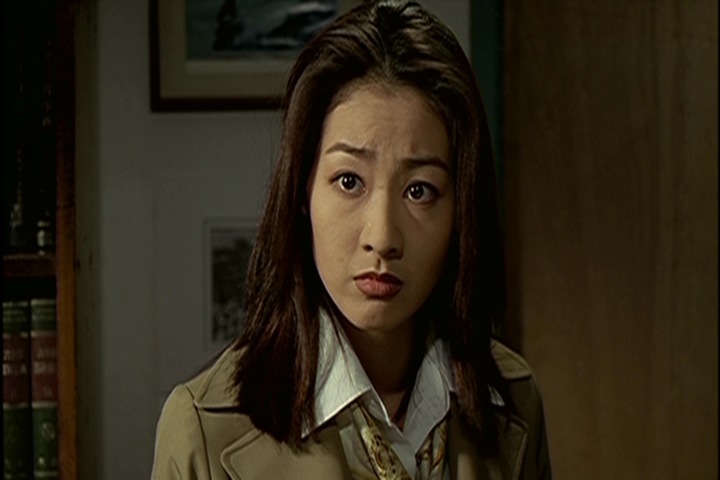 OK, so I've talked a whole bunch about the characters but not the plot. What exactly is this movie about? Well, there's the backdrop of the initial murder that took place at the beginning of the film combined with an alleged haunting. That said, WHISPERING CORRIDORS plays out as more of a slasher than it does a ghost story, with the culprit being the angry spirit of a dead girl (allegedly). There's a mystery element surrounding the circumstances of Jin-ju's death years ago and the current murders that are taking place in the school as well. It's also a bit of a coming-of-age story for the two teenage girls I mentioned earlier. Yeah, I know it sounds like there's a lot going on in this movie but it's actually not the case. This ended up being a boring film with moments of horror that are few and far between. Some attempts are made at creating atmosphere but I didn't find it to be very effective in that area. And speaking of missing the mark, there's a big reveal at the end that came across as slightly comedic in comparison to how dark most of the movie is, but there's at least an EVIL DEAD-ish moment during the finale that I enjoyed. I dunno... this was just slow with a few interesting moments here and there and, as a horror movie, pretty disappointing. Check back tomorrow to see if the sequel's any better. TTYL.