In the British horror film RAW MEAT, a string of disappearances are eventually traced to a group of cannibals who have been living in the subway system for decades. The film kicks into gear when a young couple, Alex and Patricia, find an unconscious man laying on the steps in the subway. They ID the man right away and fetch the police, but, when they return, the body is gone. The incident gets reported to the no-bullshit Inspector Wilson, and it's revealed, based on Alex's statement, that the unconscious and now-missing man belongs to the the O.B.E. An investigation ensues as the story sort of rotates around the police procedural, the cannibals doing what they do (well, just one of them actually), and the aforementioned young couple going about their everyday lives; the paths of all three eventually crossing at some point.

Looking back, I can't think of a particular character, or group of characters, who were the main focus of the film; they all pretty much got an equal amount of screen time until the third act, which prevented what could have been a very monotonous film. 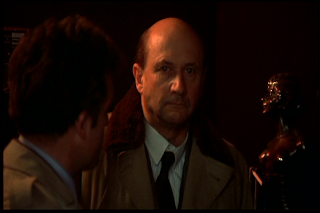 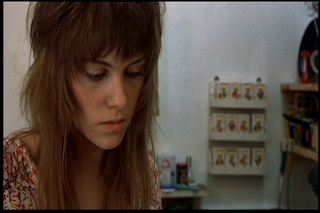 Christopher Lee turns up for about two minutes in a cameo as a government security agent who tries to put the kibosh on Pleasence's investigation for political reasons. He's great for the short amount of time he's on screen here. I especially enjoyed the sarcastic back-and-forth between he and Pleasence as they exchanged witty insults while maintaining a level of respect and professionalism. 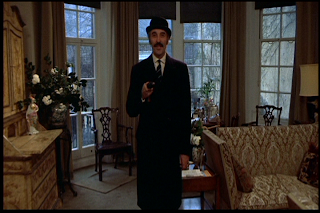 A highlight of RAW MEAT is a seven-minute tour of the cannibals' dwelling area early on in the film. It's cut together to make it seem like they filmed they entire thing in one shot, or at least to make the transitions a lot smoother and keep the sequence flowing. The seven-minute sequence is without dialogue and the only sound is of water dripping (occasionally we get background noises, like rats chewing on a human arm, or the primary cannibal consoling a female cannibal who appears to be ill), and throughout the duration of this glimpse into the cannibal habitat, we get shots of numerous corpses, half-eaten body parts, so on and so forth. It's kind of a bold sequence to include in a film that's heavy on dialogue. 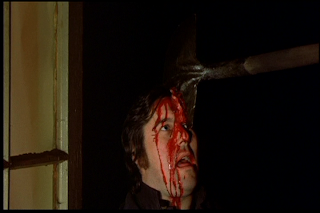 With a name like RAW MEAT, the film isn't as nasty or exploitative as one would assume. It has its moments, but it's not an all out gore-fest or anything. It's more of an atmospheric horror film than a splatter movie. It plays out like a backwoods horror film that takes place in a subway system, if that makes any sense. You have the conventions of a backwoods horror film, like the savage and uncivilized antagonists, the damsel in distress, and, most importantly, rape! RAW MEAT is a straightforward film that doesn't build up to any big revelations or twists. I'm not gonna lie, the film has moments of unintentional hilarity and it gets pretty over the top in spots, but it manages to stand out - for me, anyway - because of the pacing, Donald Pleasence's performance, Christopher Lee's entertaining cameo, and the creepy atmosphere during the subway scenes.