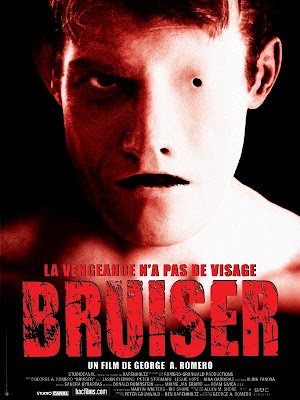 #8 BRUISER (2000) - Like MONKEY SHINES and THE DARK HALF, this is a movie you can watch and not even realize it was Romero who wrote or directed it. The film is about a cowardly man with repressed violent thoughts who wakes up one day to find that his face has been replaced with a white death mask that he's unable to remove, and with the new look comes a confidence that he needs to finally stand up to the people who have wronged him in his professional and personal life. His wife is openly cheating on him (with his boss), his good friend is stealing money from him, so on and so forth. The ultimate pushover becomes the bully. Despite Romero's direction here seeming to be a little weak, BRUISER is a rather enjoyable movie in which there's always something going on. It's not the dark character study that MARTIN is, but rather a black comedy of sorts. In a way, the movie almost plays out like Ferrara's MS. 45, culminating with a costume party that doesn't end well for some of the attendees. Notable cast members include Tom "Thrill Me" Atkins as a cop (big surprise there) and a scenery-chewing Peter Stormare as the lead character's boss. Some rock band called the Misfits also make an appearance, whoever they are. 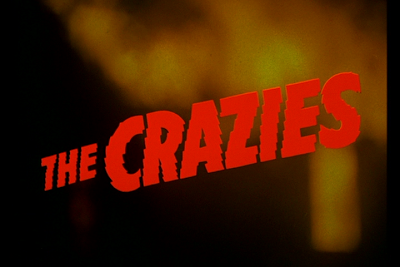 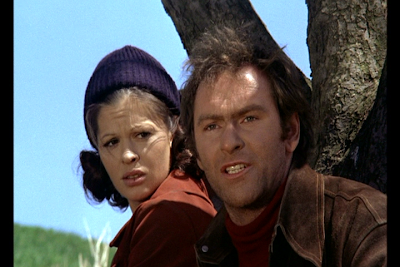 #9 THE CRAZIES (1973) - A city's water becomes contaminated with chemicals used for biological warfare. The clueless citizens drink the water and go CRAZY! THE CRAZIES is a movie with bad pacing and a plot that wants to go somewhere but seems to get lost along the way quite frequently. It is noteworthy, however, for being somewhat of a bridge between Romero's two most highly regarded films, NIGHT OF THE LIVING DEAD and DAWN OF THE DEAD, by featuring a lot of the same themes from both films, especially DAWN. A "person of color" as a leader. A world full of chaos. Social commentary. Lead characters holed up somewhere they don't belong while attempting to "be normal" amidst the mayhem outside. People turning into monsters. A lead character turns into one of said monsters and the others are faced with a tough decision regarding the predicament. An overwhelming feeling of hopelessness. THE CRAZIES is an interesting film and certainly not horrible, but, overall, a failure to live up to its full potential. Given the resources that Romero had at the time, however, I'd say he did an excellent job with what he had. 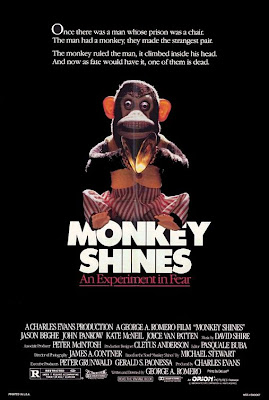 #10 MONKEY SHINES (1988) - The life of a young, handsome, athletic type is reduced to that of a cripple when he's struck by a motor vehicle. Confined to a wheelchair and unable to move from the neck down, his life only gets worse when his girlfriend leaves him and he finds out some disturbing news in regards to the new man that she's with. Companionship and hope eventually comes in the form of a capuchin monkey trained to help him and intelligently respond to his every command. Things take a turn when tragic events that surround him are traced to the monkey, who, unbeknownst to him, may be carrying out his sadistic thoughts. Overall, MONKEY SHINES is a bit too long (almost two hours) and, unfortunately, unintentionally funny at times, but otherwise decent. It's not an overly memorable movie and it's low on replay value in comparison to Romero's other films, but it's paced well for how long it is. The story is decent and leaves a bit up to the imagination. Oh, and let's not forget the cute little capuchin monkey. Some well-executed jump scares, too. 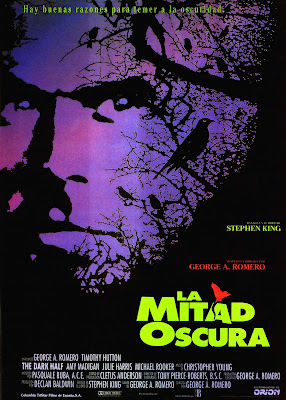 #11 THE DARK HALF (1993) - This another novel adaptation from Romero and it's based on the Stephen King book of the same name. It's about an author whose nom de plume, which he uses to write sleazy crime novels, manifests into an actual person - a distorted image of the author himself - and goes on a killing spree, targeting those around him and giving the police the impression that he's suffering from some sort of multiple personality disorder once the investigations begin and the evidence points to him being the primary suspect. It's an interesting story that focues on duality, and the movie itself - much like Romero's other novel adaptation MONKEY SHINES - is a bit longer than usual compared to the director's other films, but it's paced well and has strong performances from the cast, especially lead actor Timothy Hutton, who plays dual roles (or does he?!). Not a great movie, but watchable and decent for what it is. It's one of those movies that I won't seek out or go out of my way to see, but, if it's on, I'll watch it because I know that I won't be disappointed. Michael Rooker is great in his supporting role.
Posted by Aaron at 5:50 AM