For those who saw it, I hope you were amused by that video I put up earlier. I sure was. Every hobo in the world should be issued a Dracula cape. Anyway, with that bullshit out of the way, I ended up cramming in my last two Romero movies at the eleventh hour and was able to complete my top thirteen list. George Romero week can begin on time, and so can the countdown of my favorite movies of his, or something like that. But first I thought I'd do a bonus entry on the three movies that didn't make the cut. They're my least favorite of the bunch, but that doesn't necessarily mean they're bad. Well, one of them is. I should have saved this post for last in order to not give away the movies that won't be on the list (wait, what?), but I don't think anyone will be keeping track anyway. 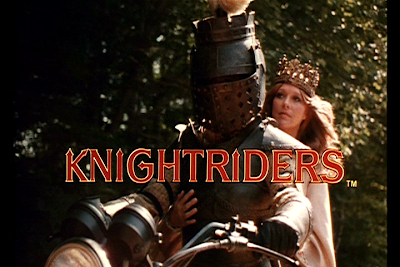 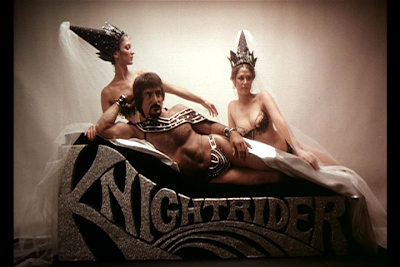 #14 KNIGHTRIDERS (1981) - Ed Harris leads a group of renaissance-fair types who participate in jousts. Except, instead of horses, they ride motorcycles. Romero's sports movie. Well, at least it has the conventions of a sports movie about a down-on-their-luck team, anyway. That, and a "save the rec center" type movie. The titular knightriders - the people that make up the renaissance fair of sorts - are a tight community of people who just kinda exist and LARP without bothering anyone. They don't break any laws, but for some reason they're being hassled by a couple of crooked cops who want the group to pay them fees for setting up camp. Harris refuses and his hardheadedness causes the group to fall apart. An outlaw biker gang infiltrates their community. Save the rec center. Great performances from the ensemble cast, which includes Savini, Foree, and other members of the DAWN, DAY, CRAZIES, and MARTIN movies (John Amplas as a mime!), and a very strong performance from Harris. Even Stephen King makes a cameo. I found this one to be impressive and surprisingly decent, but not my cup of tea, and way too fucking long (almost two and a half hours). Like Cronenberg's FAST COMPANY, it's a really good atypical movie from a celebrated horror director that I just didn't care for. 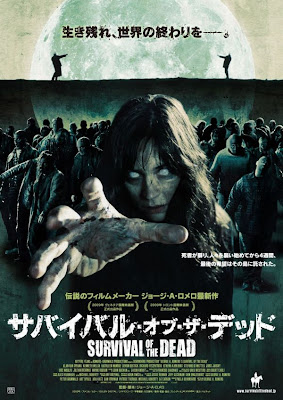 #15 SURVIVAL OF THE DEAD (2009) - A horror-comedy without the laughs. A zombie movie without teeth. Two feuding families on an island - one wants to kill the zombies while the other wants to keep them alive with hopes that a cure will be found. Renegade soldiers seek refuge on the island and get involved with the family quarrels and whatnot. Uh, boring? I don't really know how else to describe this movie. It's just boring as shit and completely uninteresting. Part Western, part Action movie, part comedy, part horror movie, and the mash-up of styles doesn't work. I couldn't find a single character in the bunch that I cared about. Except for the daughter. A little. She was cute. Maybe George Romero could have came out with his pants around his ankles and threw his feces at the camera to end the movie? That's basically what the equivalent of this film is anyway. For the sake of Romero preserving what's left of his legacy, I hope he doesn't make another one like this. In my humble opinion, SURVIVAL OF THE DEAD is the absolute worst of the bunch. More enjoyable than the next movie on my list, but technically worse.

#16 SEASON OF THE WITCH (1973) - A bored and miserable housewife dabbles in black magic to manipulate those around her. Psychological horror elements, tons of dialogue amongst upper middle-class housewives, hippie bullshit, failed attempts and creating tension and atmosphere. These things litter the boring SEASON OF THE WITCH. Especially the tons of dialogue part. Not to mention the fact that the movie takes forever to get to where it's trying to go. Compared to the countless other supernatural films from that era, I'd say it falls somewhere right in the middle or maybe a little bit lower, but, hey, what do I know? In my opinion, SEASON OF THE WITCH is unoriginal and lacking any style. I saw it once and the chances of me voluntarily watching again are pretty slim.
Posted by Aaron at 5:45 AM