(space reserved for fancy George Romero Week graphic)
In a couple of days I will start a series of posts that will count down my top thirteen George Romero films, but I thought I'd add an introduction of sorts so that people know what to expect. Instead of doing a list of only the films that Romero both wrote and directed, I also included the first two CREEPSHOW movies (Stephen King wrote the first one and Michael Gornick directed the second), as well as his book adaptations. Also included will be his co-headlining gig with Dario Argento, TWO EVIL EYES, but its placement on the list will be based solely on the strength of Romero's segment, not the film as a whole (and the same goes for my Argento list when the time comes, and, oh yes, it's coming!). Excluded, however, are TALES FROM THE DARKSIDE: THE MOVIE - a horror anthology that only featured one segment written by Romero - and Romero's second film as a director, THERE'S ALWAYS VANILLA, which I haven't seen, nor do I care to.

In order to put together as good a list as possible, and without any doubts as to where to place each movie on the list, I decided to watch every single one of Romero's films in as much of a chronological order as I could. This would explain why I haven't been posting much of anything lately, and it also explains the random posts of screenshots from a couple of his movies. Some of the films I've seen before, some I haven't seen in many years, and some I haven't seen at all (namely DIARY and SURVIVAL OF THE DEAD). Before my Romero-athon, I didn't really think too highly of the director. Not that I don't like the guy's work or anything, but, like Tobe Hooper, he's made a movie or two that I consider classics, but he's never been someone whose films I seek out, nor would I put him on a list of my favorite horror filmmakers. Now, however, I have to say that I have a newfound appreciation for the man and a better understanding of his work. Watching all of his movies so closely together has been a rewarding experience. 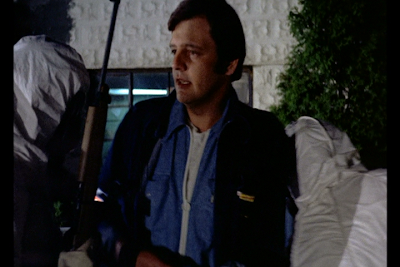 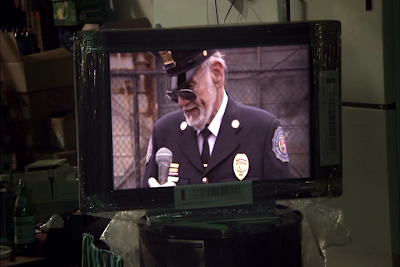 It can be argued that half of his movies are great and the other half are simply good at best. With that in mind, the outcome of a top thirteen list of my favorite films of his could be a bit predictable once it gets into the top five or so. Will his classics dominate the top five of the list, or will I continue to confuse people with my questionable taste in films and put one of his mediocre films at the top? The answer may SHOCK you. As a bonus, to add a little something extra to the George Romero Blues Explosion Tapdance Extravaganza, I put up the Poll Of The Dead on the sidebar asking all of you what your favorite film of Romero's Dead Trilogy is. I'm curious to see if anyone prefers NIGHT over DAWN or vice versa. I'm also curious to see how many people out there actually prefer DAY OF THE DEAD over the other two.

I also have some extra shit planned, including some guest write-ups on the films of George Romero from some awesome bloggers who were nice enough to contribute something. I will also do a little bonus post on the movies that didn't make the top thirteen list (there are sixteen movies that I watched, which means three of them will be excluded). The first posts from my top thirteen list will be posted either sometime on Monday or early Tuesday morning and I will publish the guest posts as soon as I get them, or all at once to close out Romero week depending on how long the posts are. Stay tuned, everyone, and I hope you enjoy all of the craziness (get it?) to come.
Posted by Aaron at 4:34 AM