Not sure why I decided to watch ASSAULT GIRLS since I tend to avoid most modern Japanese cinema. Maybe it's because I've been on a kick lately of wanting to see hot Asian chicks in positions of empowerment while still catering to the horny male demographic that I fall into, maybe not. Whatever the case, ASSAULT GIRLS ended up being not what I expected, which isn't necessarily a good or bad thing. After seven-and-a-half minutes of the film's narrator dropping some heavy-handed political commentary under the guise of exposition to open the film, the gist of it is that there's a program called Avalon, which is a military RPG combat-simulator - a virtual reality game, basically - and the four main characters that we're eventually introduced to (as we see them) exist in this game. The paths of four of the game's participants eventually cross as they attempt to battle sand worms, leading to some obvious conflict as far as who can beat the game or whatever. 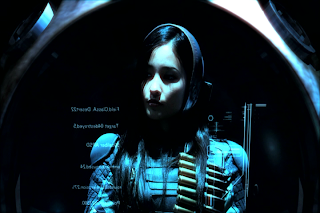 ASSAULT GIRLS has a post-apocalyptic aesthetic, which is always fine with me as I'm a big fan of that sub-genre, and the introduction of the only male character in the film, Jager, actually reminded me a lot of HARDWARE, in that there's sort of a nomadic character in fancy headgear walking through what appear to be wastelands. Following this, we get fancy introductions for the female characters - Gray, Colonel, and Lucifer - that almost fetishize them while basically giving you the general idea of what type of people they are. Each of the characters has their own distinguished look, and one of the few positive things I'll say about this movie is that the costumes are pretty cool. 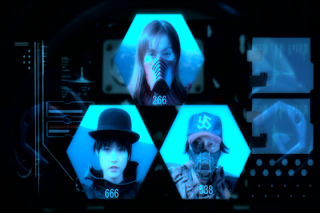 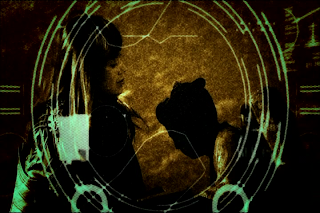 One of the many strange touches of the film - and it's something that I'm not fond of - is that we have Japanese actors speaking English. Bad Enligsh too. REALLY bad. The narrator (also the moderator of the game) actually explains why the characters speak English towards the end of the film, but the logic behind it is kind of pointless. Basically, what the movie consists of is these four characters individually trekking through a virtual wasteland while trying to kill creatures that look like the graboids from TREMORS as a voice from the heavens (the narrator) constantly gives them instructions, and at one point the narrator gives them the same instructions over and over, which quickly gets annoying.

ASSAULT GIRLS has some interesting ideas behind it, but those ideas don't go anywhere in the film. As a whole, ASSAULT GIRLS doesn't really say anything. Not that movies always NEED to say something, but in the case of this film it's like they were trying make some sort of statement on the political and social climate of the world in general, only for it to turn into people who are in a video game trying to kill worms. Another thing is, the characters are VOLUNTARILY in the game! It's not like they're trapped in some sort of alternate reality; they're in the game by choice, which brings to mind the lack of a lingering consequence for the characters, which is another issue I had with this movie. In other words, if someone dies they can just re-enter the game anytime they want. If there was supposed to be some sort of pretentious commentary being made in this film, I'm not ashamed to say that it went completely over my head. 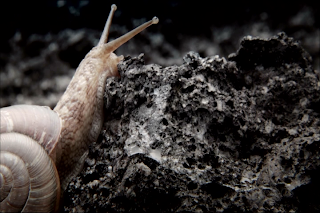 Thankfully, ASSAULT GIRLS is only a little over an hour long. Aside from the look of the film, the costumes, and the general aesthetic, this movie just didn't really have a lot going for it - not to me anyway. Personally, I think the movie could have done without the male character, but perhaps him being portrayed as sort of a cowardly character was purposely there to make the females look stronger by comparison. On a side note, there's a scene of the male character eating bacon that made me want to vomit just because of the slurping and chewing sounds alone. It probably sounds like I absolutely hate this movie, but I don't. It's saved by the fact that it's so short, and it's because of the short running time that I wouldn't be against people watching ASSAULT GIRLS and seeing it for themselves just to see if they can get anything out of it, but I'd only cautiously recommend it.