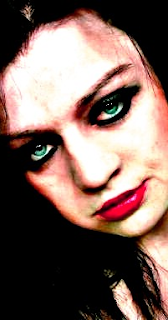 Jenny Krueger is the Head Mistress, Sole Proprietor, etc. over at Memoirs of a Scream Queen, and she has an admirable enthusiasm for the macabre. Ms. Krueger, who's been doing a great job of maintaining her blog for a few years now, posts articles ranging from film reviews to serial killer biographies to write-ups of familiar Horror icons. You can check her out at the links below!

1. Who are you and where are you from?
I am Jenny Krueger, and I'm from Salt Lake City, Utah!

2. Where might people know you from?
My blog, Memoirs of a Scream Queen.

3. When it comes to what you do, who or what are your major influences?
Stephen King, I think he's pretty much all of the horror writers influence.

4. What four peoples' faces would you put on your own personal Mt. Rushmore?
Freddy Krueger, Jason Voorhees, Leatherface and Issac from Children of the Corn. I know it's cliche' but that would be awesome.

5. What's the last album you bought?
I think it was Rob Zombie's Hellbilly Deluxe 2.

6. What are the last movies you saw in theaters and on DVD/Blu-Ray?
In theaters, The Purge and DVD, Hansel & Gretel. 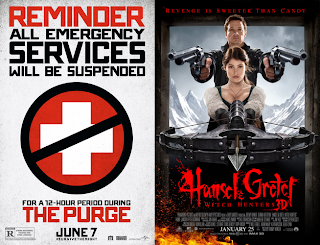 7. What's the last podcast you listened to?
I haven't listened to any podcasts before.

8. What's the last video game you played?
Resident Evil 4 on the Wii. That was a few years ago.

9. What's the last book you read?
Misery by Stephen King.

10. What are your favorite sports teams?
I'm not really into sports that much but I do like the Broncos since I lived in Denver for five months. Oh and the team Tim Tebow plays on.

11. What cartoon or comic book character can you relate to the most?
The Tasmanian Devil. My ADHD is out of control.

13. If you could spend the day at an amusement park with one person from the entertainment industry, who would it be and why?
Jeremy Renner. Because I love him and want to marry him and also do kinky things to him. 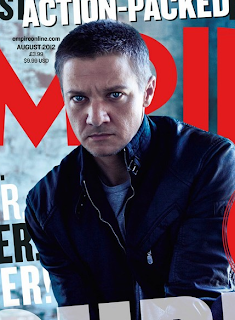