The MmmMmm Delicious Diane Lane plays Jennifer Marsh - a single mother who busts Cybercriminals for a living. After it's established she's able to shut down sites and have internet pirates apprehended within a matter of minutes, she stumbles across a website that stumps her. At KillWithMe.com, a live webcam streams a kitten stuck to a glue trap as paying customers occasionally tune in to watch it slowly starve to death. Naturally this bothers Jennifer, so she makes it a priority to track down the person who runs the site and put them behind bars where he or she belongs. Things take a turn for the worse, however, when actual human victims become the focus of this mysterious site. To raise the stakes even higher, the victims are rigged to contraptions that increase the chances of their deaths depending on how many hits the site gets, so it becomes a race against time for Jennifer and her team to stop the person responsible. 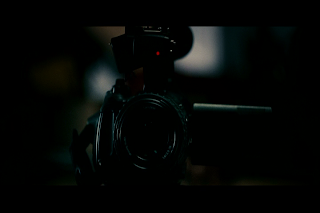 There's ultimately not a whole lot to talk about when it comes to this movie. Sure, I have a tendency to say that about films and then end up rambling for about five paragraphs, but in this case I mean it. Aside from fancy "computer talk" and people standing around monitors, most of UNTRACEABLE consists of the characters waiting around for the KillWithMe.com person to strike again, which leads to them scrambling to trace the source of the feed. The person who runs the site obviously has his bases covered, though, considering he's apparently hack-proof; it's quickly and casually explained why this person is able to stump even the most expert of hackers like Jennifer, but, like pretty much everything else in the movie, you really have to suspend your disbelief in order to completely buy what's being shown, like the fact that this website gets millions and millions of hits, but yet Jennifer and her co-workers are surprised when they come upon the site for the first time. 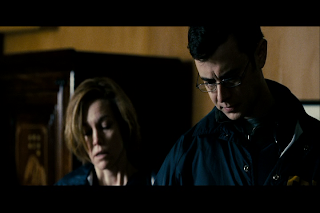 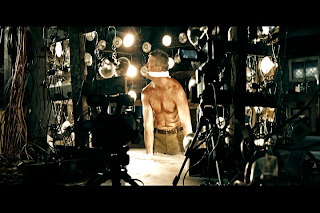 Instead of being a consultant, Jennifer is assigned to be the lead investigator on the case, and she's given a partner in the form of a fairly sketchy Detective named Eric Box. Mr. Box comes into the picture immediately after it's suggested that the person who's running the site is privy to inside information as it pertains to the police department - specifically the Cybercrimes unit. So yeah, there's that. Strangely, the mystery surrounding the identity of the KillWithMe.com person is abandoned well before the final act of the film. 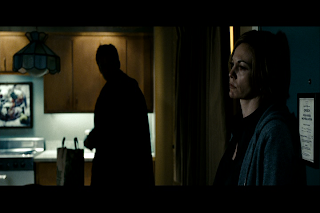 The obvious comparison for UNTRACEABLE would be SAW, and that would be accurate to a degree. Considering the antagonist's method of abducting and torturing his victims, there are certain parallels to the Jigsaw Killer from the SAW films, albeit not as elaborate or grisly when it comes to the pay-offs. But it's not to say that UNTRACEABLE is without its disturbing moments. The kills get progressively worse as the movie goes along, and the simplicity of them theoretically makes it easier for the viewer (of the movie, not the fictitious website) to emotionally invest in what they're seeing. The deaths are also slow and prolonged, which inherently add a fair amount of tension to the proceedings. As cliche and mediocre UNTRACEABLE is when it comes to the storytelling (for reasons that I haven't even touched on), it succeeds in creating some decent edge-of-your-seat moments. Another positive would be the look of the film; it's nicely shot, with a gloomy aesthetic and muted color scheme contrasted by bright occasional bright-yellows and blues. So yeah, overall, this is a badly-written but stylish thriller. It won't blow your mind, but you could do a lot worse when it comes to time-wasters. For what it's worth, despite its similarities to many films, UNTRACEABLE reminded me more of Dario Argento's THE CARD PLAYER more than anything.