VAMPIRE is a slow-moving film about a high school Biology teacher named Simon, who's revealed to be one of the more unconventional vampires of horror cinema that I've ever seen. It's so sluggish as a matter of fact that thirty minutes went by and I still didn't have a damn thing I could apply to this review. The film opens with Simon having a conversation in a car with a woman. Nothing is explained during this exchange of dialogue, but it alludes to a suicide pact, or perhaps that they're going to be voluntarily murdered by someone. The woman also mentions someone she calls "Messiah". 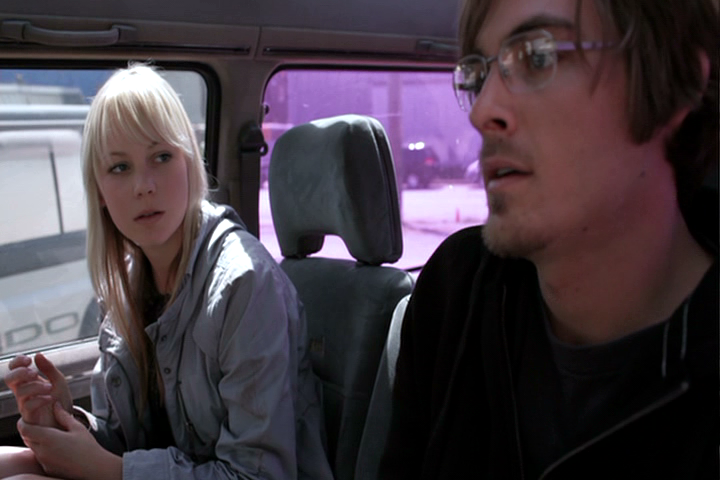 So are we dealing with some sort of cult here? The answer is "yes", but not a cult where a bunch of brainwashed people follow someone who's bat-shit crazy. In fact, there are a couple of cults or sub-cultures featured in the film. The most prominent of the cults is tied to a website for people who are suicidal and fully intend on ending their lives. This is where Simon and his vampiric tendencies come into play, but elaborating on it would take this review into spoiler territory, so I'll just leave it at that.

In my review of MIDNIGHT SON, I made comparisons between the lead character in that and the lead character in George Romero's MARTIN. I could easily draw the same comparisons with this film. While the socially-awkward lead character in MIDNIGHT SON is a lot more similar to the eponymous lead character in what might be George Romero's most underrated horror film, VAMPIRE, as a whole, deals with some of the same aspects of unconventional vampirism in MARTIN. For one, Simon is basically just a regular dude with no traits of being a traditional vampire other than the fact that he likes to drink blood. Whereas true vampirism suggests that the ingestion of blood is a necessity, it doesn't seem to be the case here. There's not a lot of explanation as to why Simon does what he does, which is both a good and bad thing. Actually, I should rephrase that; there's an explanation for Simon's actions, but it's clouded by his deceptive nature as a human being. And I'm sure most of you reading this are pretty confused right now, so I'll move on. 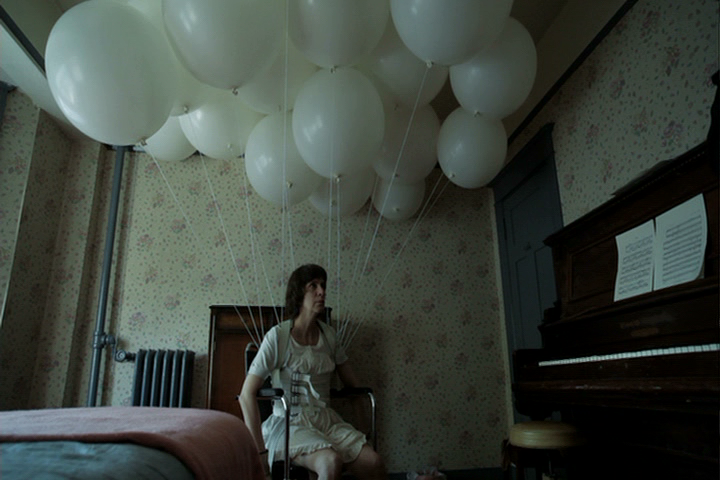 VAMPIRE boasts an impressive cast for being a movie that seems to have came and went without anybody noticing: Katharine Isabelle (AMERICAN MARY), Amanda Plummer, Rachael Leigh Cook, Adelaide Clemens (SILENT HILL: REVELATION), and Kristin Kreuk. Isabelle and Kreuk play minor roles, Plummer plays Simon's disabled mother, Rachael Leigh Cook plays a crazy stalker bitch, and Adelaide Clemens plays a tragic character who touches Simon's soul and leaves a big impression on him. Of all those actresses, Clemens is probably the least recognizable name of the bunch, but she's the reason I watched this in the first place. Yeah, I guess you could say I have a massive crush on her. Cook and Kreuk were the biggest surprises, though, and both gave memorable performances. All that said, I love how this film surrounds its lead character with all of these interesting women who individually affect him in their own way. And while I can't say for sure, I have to believe that the variety of women in this film isn't a coincidence. VAMPIRE is full of nods to Bram Stoker's DRACULA and vampire mythology in general, and women always seem to play a crucial role in some of the more traditional vampire stories. What better way to contrast a doomed male figure than with a female? They're essentially the light in a world of darkness. 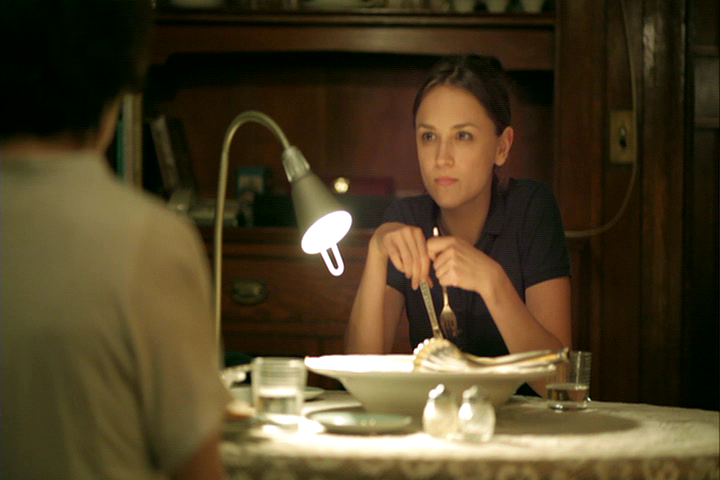 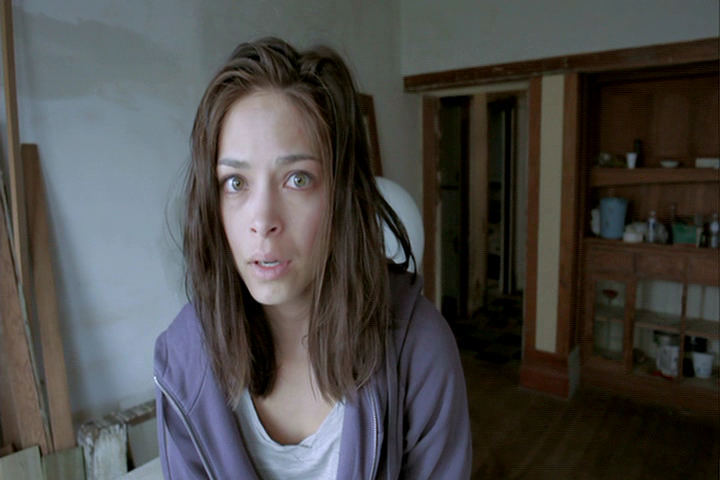 The main problem with VAMPIRE is that it's really slow and kinda boring. You can feel every second of this two-hour movie. To say that it's a good "slow burn" would be a lie. To say that there aren't any scenes that could've been excised from the film would be a lie. Other than that, though, it's a pretty good movie with a refreshing take on vampirism and some respectful nods to vampire lore. VAMPIRE definitely marches to the beat of its own drum and doesn't play by the rules of the horror genre. It's beautifully shot as well, and I'd be remiss if I didn't mention Trevor Morgan's brief but utterly disturbing appearance as a wannabe vamp who calls himself Renfield (pictured at the top). Overall, I think this would have been a considerably better film if the director had someone to keep him in check. Don't get me wrong, I applaud Shunji Iwai for telling the story he wanted to tell, but it's easy to see why VAMPIRE is as overlooked as it is.