Having been over a year since she's seen her family, Claire takes a trip out to the country with her boyfriend to visit them. Her grandmother is on her death bed, so it's not the most joyous of visits. During the first night of their stay, Claire spends some time with her "Nana" and tries to comfort her. But then grandma starts sayin' some shit about someone coming to claim her soul when she dies. Concerned, Claire tells her dad, but he just blames it on dementia. Oh, Nana, you so crazy! Later that night, the family hears what sounds like a dying animal out in the woods, only to find out it's an honest-to-God mythical Banshee screaming its head off. And yes, the Banshee is who grandma was referring to. Subsequently, shit gets real. 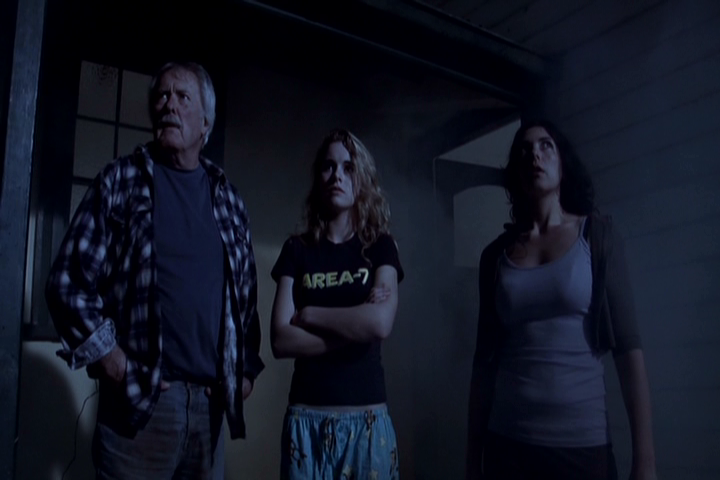 Banshees are creatures you don't see in horror movies too often, probably because they're boring. The first time I'd ever heard of a Banshee in my life was through the X-Men comics as a kid, so, growing up, I always assumed Banshees were just ginger Irishmen who could glide through the air. Obviously it's not the case. Banshees take on a female form and are rooted in European folklore, so it's odd that an Australian movie would incorporate this legend. Perhaps Banshees are a thing in Australian culture as well, but those are two things that I'd never think to associate with each other - it's like if the U.K. produced a killer crocodile movie.

But anyway, the Banshee eventually makes its way to the house. It screams a whole bunch. Grandma disappears. CG skeletons come out of the ground and float in the air. There's also a hovering Grim Reaper thing. Basically, shit gets straight-up loco. 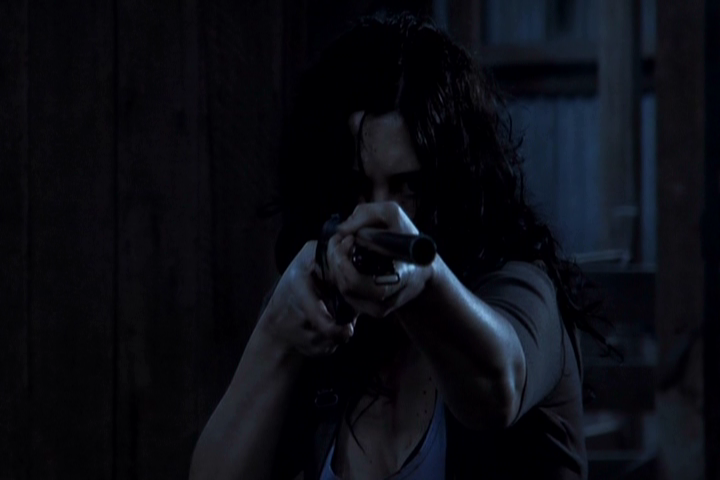 I'm not necessarily blaming the filmmakers for this, but the selling point of this film (at least according to its advertising anyway) is that it's this crazy EVIL DEAD homage. The film's box quotes and promotional artwork mention EVIL DEAD, DRAG ME TO HELL, and Sam Raimi by name. When you're using those things to hype your movie, you're setting yourself up for failure unless you can seriously deliver the goods. Whether you like those films or not, Sam Raimi has a very distinct style that's hard to duplicate unless you know what the fuck you're doing. DAMNED BY DAWN gets quite nutty towards the end, but, if I were to watch it completely oblivious to the advertising and hype, Sam Raimi would not come to mind. 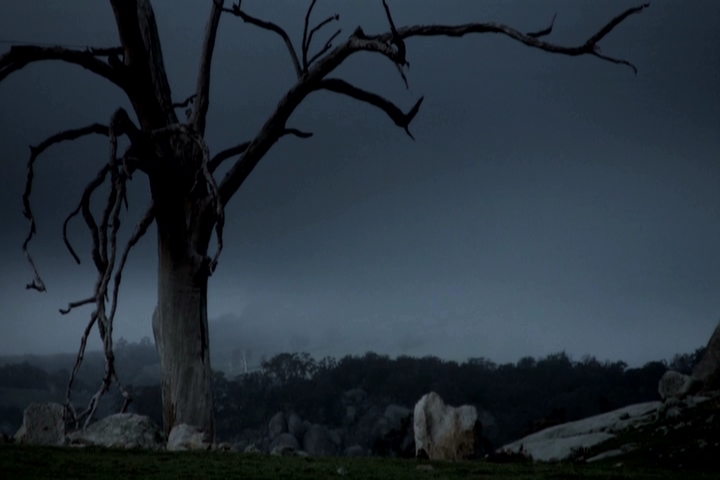 Something worth mentioning about this movie is its dreamlike aesthetic. There's a fine line between atmosphere and simply being so dark and foggy that you can't see anything. This film crosses that line. It starts out very atmospheric and moody, but then it gets to the point where it looks like they shot the entire movie inside of a cloud. Ultimately, I felt like the excessive bleakness of the film was just smoke-and-mirrors to hide its low budget, bad special effects, and sub-par filmmaking. On the other hand, I love the look of the Banshee. I'm not sure how traditional Banshees are supposed to look, but this one looks like the lost member of Gorgoroth. 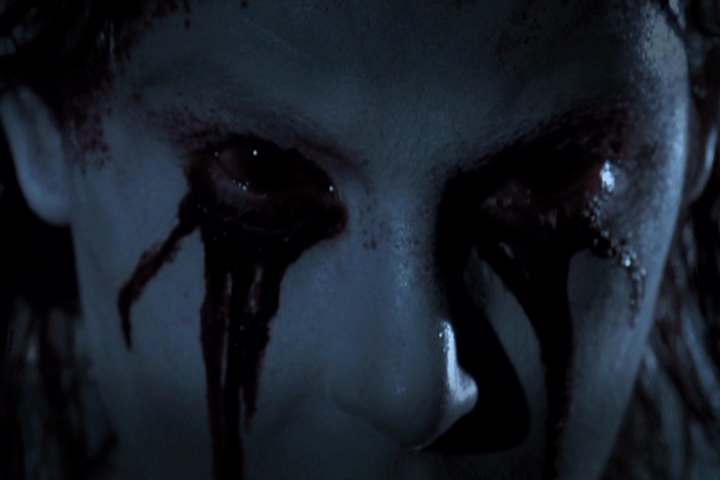 I normally like fast-paced movies that get right to the point, but this one kicks into gear too quickly. By the time the supernatural madness begins and Claire assumes the heroine role, we really don't know much about her, so it's hard to care about her once the shit hits the fan. I dunno. I was at least hoping for something fun with this movie, but I found it to be quite boring and not as good as it sounds on paper. It also doesn't feel like an Australian horror movie, which was a disappointment for me on a personal level. I adore Australian cinema and will usually give a lot of Aussie films a pass just because, but DAMNED BY DAWN is one that I just can't get behind.