I'm sure you're wondering what possessed me to give SUICIDE GIRLS MUST DIE ninety-six minutes of my life. Truth be told, I'm watching and reviewing anything horror-related I can get my hands on. For as long as Summer of Blood (!!) is going on, zero fucks will be given. I'd heard of this movie here and there and honestly thought it was just an ironically-titled showcase video for the Suicide Girls, but I saw the trailer for it and thought it seemed like an interesting concept - a slasher movie under the guise of a "reality" piece. 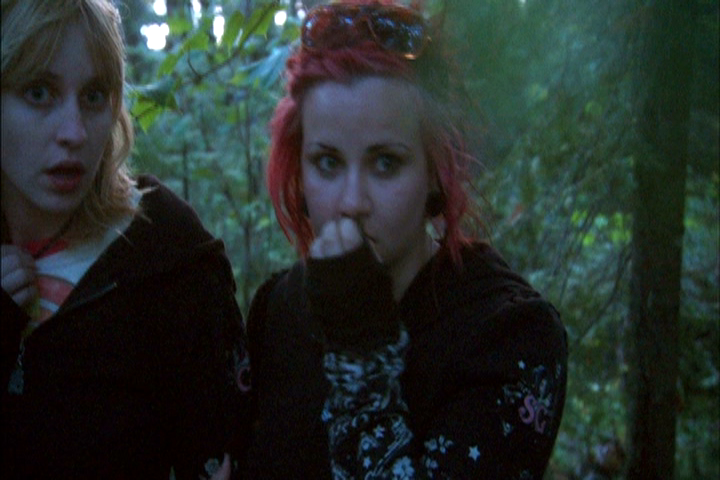 So basically a group of Suicide Girls are recruited to be a part of a photo shoot in Maine at a secluded cabin. (What is it with secluded cabins on The Death Rattle lately?) Some of the girls are given cameras to document the trip and upload their videos to the Suicide Girls website. Also, they'd be filmed throughout the duration of the shoot, and they'd also have confessional booths in the cabin a la THE REAL WORLD, and those videos would be uploaded to the site as well. Mind you, the film opens with one of the girls in the aforementioned confessional booth, crying about being stranded in the middle of nowhere and whatnot, so it at least opens with a clue of what's to come. 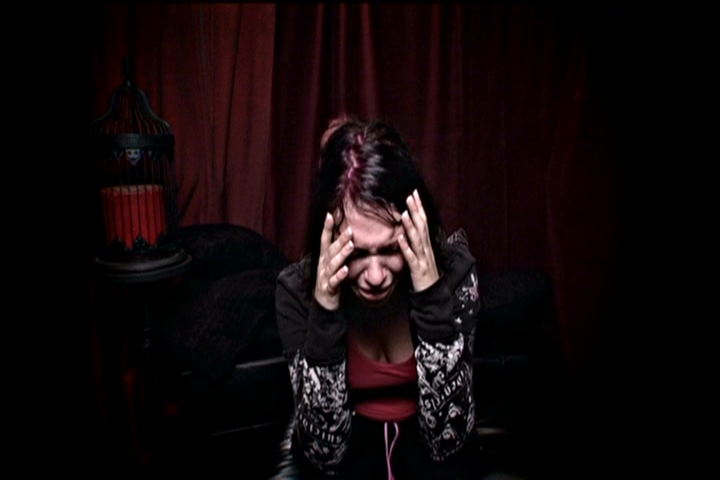 Once arriving in Maine, the girls are confronted by upset locals who are obviously actors. The faces of the locals are blurred, as if they were filmed but refused to sign a release form, creating the illusion that the confrontation is legit. That said, the whole "reality" aspect of this movie is something I was unable to take seriously from that point forward. Even Stevie Wonder could see through this bullshit. As the movie goes on, however, it becomes quite obvious that this is all very tongue-in-cheek, campy, and not to be taken the least bit seriously. There's a lot of "acting" in this movie and all of the performances during the stagier parts of the film are pretty goddamn atrocious. But then there are moments when the girls are just being themselves and butting heads with each other that feel genuine. Whether the fighting and bitching amongst the girls is scripted or not, they were at least somewhat convincing. 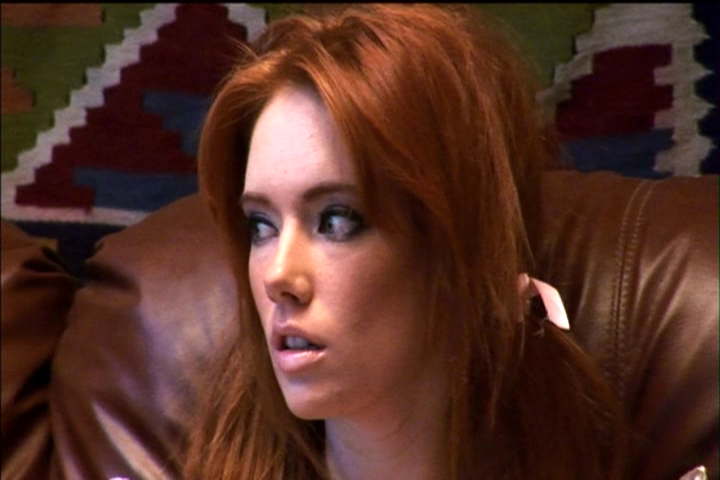 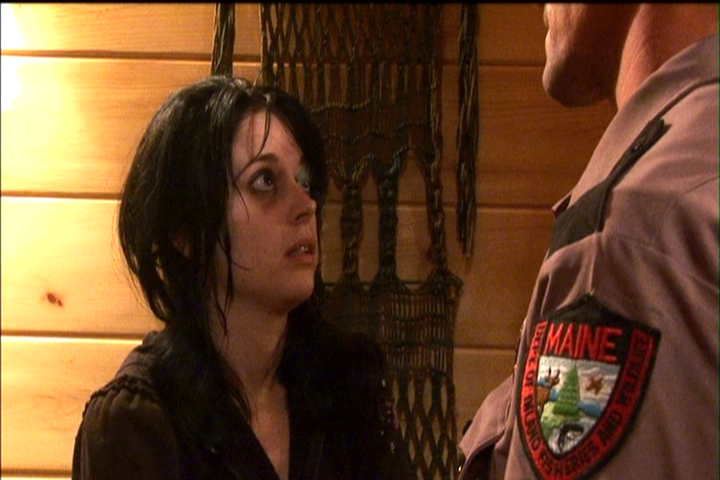 The girls are introduced at such a fast pace and in such a large amount that it's hard to keep track of who's who. There are at least a dozen of them. Some remain in the background and occasionally speak here and there, but most of the girls play significant roles. There's Evan, the hot red-head who's generally regarded by her peers as the certifiably crazy one. There's Bully, the cute and childish one with majestic boobs. There's Amina, the photographer and supervisor of the trip who wrangles these crazy bitches on a daily basis. I'm not gonna name all of the girls, but you get the point. What's cool, though, is that they each bring something unique to the table. Of course someone could easily label them collectively as a bunch of tattooed Punk chicks, but they actually have their own unique styles and personalities. And, quite frankly, a lot of them are entertaining to watch. Personally, I'm as attracted to women with tattoos as the next guy who's attracted to women with tattoos, but I never got into the whole "Suicide Girls" thing. The models I've seen in the past mostly look like gross hippie chicks who happen to have tattoos, but the chicks in this movie are pretty hot. Some of them look like they haven't showered in a while, but a majority of them are quite attractive.

Anyway, long story short, the girls conveniently get their phones confiscated at the beginning of the trip. As time goes on, weird shit happens. The girls discover a set of graves behind the cabin that appears to be the final resting place of a family. Eccentric locals and forest-dwelling hermits emerge from the woods and spook the girls. The models gradually disappear and only one of the girls seems the least bit concerned about it. And things finally take a crazy turn when it's suggested that there's an ax-murderer on the loose who's dispatching the models one by one, much to the delight of most people watching this, I assume. 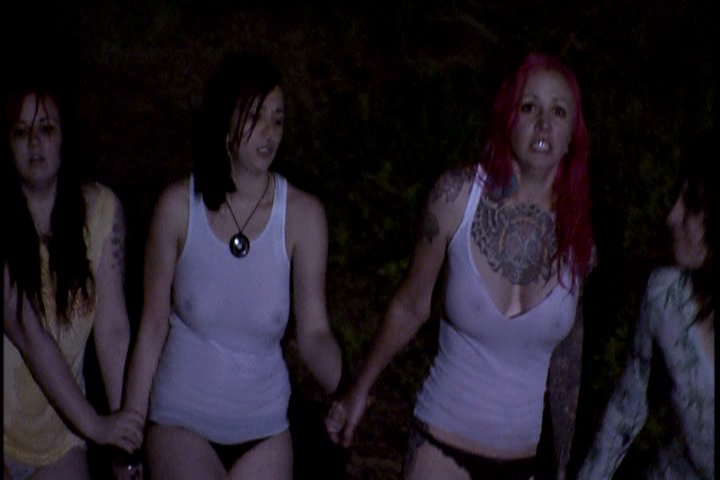 In between the storyline playing out, the movie is full of padding in the form of the actual photo shoots, so there's obviously a lot of full-frontal nudity up in this bitch. Overall, this wasn't as bad as I thought it was gonna be. It starts out kinda rough but ends up being quite entertaining once you realize what they're going for. The people who made this seemingly went into it well-prepared and with an outline of what they wanted to do and how they wanted to stage everything. As a slasher movie, though, it's terrible - it makes zero fucking sense and has one of the laziest endings I've ever seen. But, like I said, the girls are fun to watch for a number of reasons (wink wink).