Had DRESSED TO KILL not been picked for me to cover, I most likely wouldn't have ever reviewed it. It's not that I don't like it, but I personally find it hard to review Brian De Palma movies without mentioning the same old shit that every other person who reviews his films does, like the blatant Hitchcock-isms, the wild cinematography, the recurring themes of voyeurism and De Palma's use of split-screens, so on and so forth. Not to mention the fact that De Palma's work has been analyzed and dissected to death by writers and critics who are much more qualified to talk about the director than someone like moi.

In the event that anyone reading this hasn't seen DRESSED TO KILL, it's basically a very stylish murder mystery with a "psychosexual" twist. Its similarities to a Giallo are undeniable, but seeing as how the earliest examples of the genre borrowed elements from the works and stylings of Hitchcock (a director that De Palma has gone on record as calling someone he constantly pays homage to), the similarities shouldn't come as too much of a shock to anyone. Some people consider DRESSED TO KILL to be De Palma's masterpiece, while others think of it as overrated and pretentious. Regardless of how you look at it, it's a prime example of a film that constantly reminds you that you're watching it through the eyes of an ambitious director. 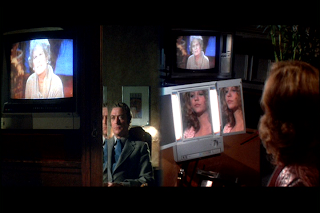 The story revolves around the brutal murder of a woman played by Angie Dickinson, who's attacked by a mysterious razor-wielding blonde woman in an elevator about thirty minutes into the movie despite being initially established as, presumably, the lead character of the film. The only witness to the murder is a young prostitute played by Nancy Allen, who subsequently becomes a suspect for obvious reasons. The prostitute, Liz, teams up with the teenage son of the slain woman to track down the true killer, but their amateur investigation comes up with some dangerous and startling results. 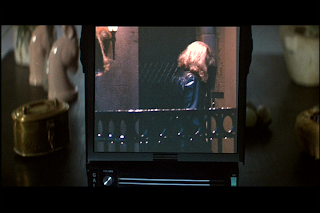 The first 36 minutes of the film - which begins with an erotic shower scene and ends with the violent demise of Angie Dickinson's character - are absolutely amazing. The drawn out elevator murder sequence itself is arguably the best thing that De Palma's ever filmed, and possibly one of the greatest things ever put to celluloid period. De Palma, at one time, had a talent for making even the most average events seem exciting and tense because of how he'd shoot the scenes and put an emphasis on who's point of view you're watching them through; there are many examples of this throughout DRESSED TO KILL, but the elevator sequence in particular stands out, and it's this very scene that bears the most striking similarities to a Giallo, right down to the sound design. The credit shouldn't completely go to De Palma, however, as musical composer Pino Donnagio acts as the perfect co-conspirator by complimenting the director's visuals with a score that's equally overwhelming, sweeping, and gorgeous. 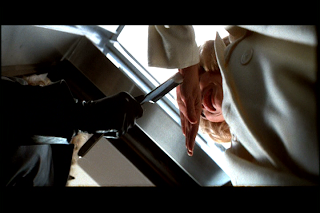 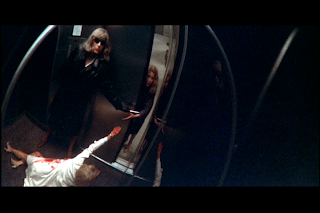 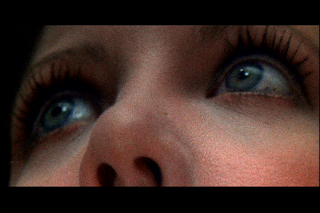 As competent as the film is, there are also quite a few unintentionally funny moments that either stem from the acting, or some of De Palma's filmmaking choices. In particular, there's a humorous reveal in the film regarding a certain character contracting a venereal disease, and while Angie Dickinson's presence is great, I couldn't help but feel like she was chewing up the scenery a little too much in certain spots - in some cases without even saying a word (the shower scene). Also worth noting is the subway sequence in which Nancy Allen (who's great in this, by the way) is harassed by a group of thugs (one of whom threatens to break her fuckin' ass!), only to be attacked by the film's killer and quickly saved by her boy wonder sidekick, who sprays the perpetrator with mace.

I won't even try to break the surface when it comes to the film's heavy psychological elements. This goes back to DRESSED TO KILL being analyzed to death by numerous critics and film journalists, and I'm sure some quick research will lead you in the direction of some great in-depth reviews of this film. What I will say is that this movie took multiple viewings to win me over, and now it's a film I can watch with certainty that I'll spot something new in it each and every time. Instead of rambling on and telling all of you a bunch of shit that's already been mentioned elsewhere, I'll just say that I consider DRESSED TO KILL to be a classic of American cinema, but at the same time it's not even close to being my favorite De Palma film. If you haven't seen it, do so.