Joaquin Phoenix plays Ray Elwood, a pencil pusher for a supply squadron in the Army, who's stationed in Germany during the tail end of the Cold War (1989 to be exact). Just to give you an idea of what kinda person Elwood is, he's one of those characters in films who has luck on his side and is able to get away with everything without facing repercussions of any sort. In some cases, those characters represent the underdogs, but sometimes those characters are just total douchebags with very little redeeming qualities. Not to get ahead of myself here, but Elwood falls into the latter category.

Elwood has learned to "work the system", for lack of a better term. He and some fellow soldiers manufacture and sell heroin using military resources. Their commander, Col. Berman, is a pushover and completely oblivious to what's going on, which gives Elwood a lot of room to maneuver under the radar and run a smooth operation. That is, until a crusty Vietnam vet, Sgt. Lee, takes over as the squadron's new "Top" (the NCO in charge). He immediately gets on Elwood's case and a feud gradually develops between the two. To get under Sgt. Lee's skin, Elwood begins dating his daughter, Robyn, but ends up taking a liking to her. Long story short, lines are crossed, boundaries are overstepped, and the feud between Elwood and Sgt. Lee spirals out of control. 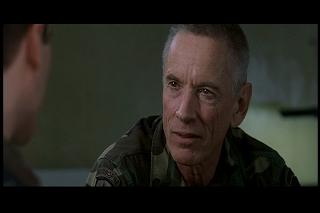 BUFFALO SOLDIERS falls somewhere in the middle with me. The film just didn't work for me, for a number of reasons, but at the same time it's too competent a film on a technical level for me to give it an outright bad review. One of the biggest issues I have with it is that it's a downer of a film, which is something I wasn't expecting. It's more or less advertised as a comedy; the characters in it seem like they'd belong in a comedy, and the bumbling military squadron aspect of the film (not to mention how ridiculous and unrealistic the military is portrayed) is reminiscent of STRIPES, but there's nothing in the film that even got so much as a chuckle out of me. On the other hand, it's a bit too serious in tone to be considered an effective black comedy.

On a personal note, as someone who's actually served in the armed forces, I wasn't a fan at all of how the military was portrayed in the film. I understand it's all fiction and done for the sake of entertainment, but at the same time a lot of it felt like the military was purposely being painted in a bad light. It's unfair of me to say that since I haven't read the book that this film's based on, but that's just how I felt while watching the movie. Trust me, I'm not saying every single soldier out there is an angel, because I've met a lot of scumbags during my stint in the military, but this film gives you the impression that they're all either drug addicts, enablers, bullies, or generally rotten people. In general, with the exception of maybe Anna Paquin's character, every character in the film is a shitty person in some form or another. 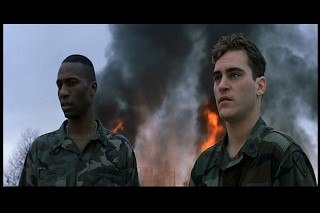 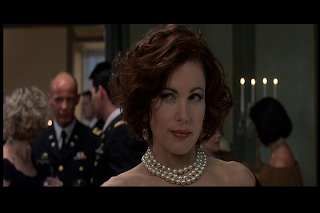 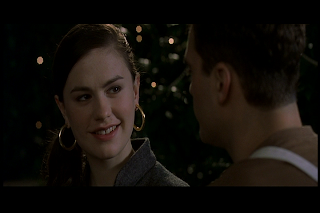 Given the nature of the movie, I guess it's destined to piss people off, so I can't really be too critical of the statement that it's trying to make. There's supposed to be a commentary and a level of irony here, but I just didn't care enough to be affected by it. At least the cast is decent. Joaquin Phoenix seems like a natural douchebag in the film, which I suppose is a testament to how good of an actor he is. Ed Harris is as great as always despite him being underutilized; he would have been the perfect person to play Sgt. Lee. Speaking of which, while I wasn't blown away by Scott Glenn's performance, he had the look down. Glenn either served in the military, did a good amount of research, or had some knowledgeable advisers on the set, because he genuinely looked like a crusty old Sargeant. Not a bad film, overall, but not one that I enjoyed, nor one that I can see myself watching again.