ed. - The guys (and gal) over at Videotape Swapshop have been doing a Eurocrime theme for the month of November, and so we got together and decided to do a little cross-promotion with each others' sites. I contributed a review of SUMMERTIME KILLER to their awesome site (which you can read here), and in return they sent me a review of FEARLESS (written by Mike), which stars one of the actors whose name became synonymous with Eurocrime - Maurizio Merli. Enjoy.

By 1978, the well coiffured genre actor Maurizio Merli had successfully scaled the domestic heights of the Italian crime cycle. Having effectively punctured the bloated accusations that he was simply a Franco Nero surrogate (their appearances were startlingly alike), Merli had, in his own right, become a significant poliziotteschi presence…
The aggressive, reactionary politic of Marino Girolami’s Roma Violenta (1975) and the hyperbole of Italia a mano armata (1976), coupled with the able direction of Umberto Lenzi in Napoli Violenta (1976) and Il cinico, l’infame, il violento (1977) had gone some way to define Merli as a hard boiled, violent, lawman with a distinctly vigilante approach to mete out justice.
Stelvio Massi’s curious effort Fearless (AKA Fearless Fuzz, AKA Magnum Cop AKA Poliziotto senza paura), then, was an interesting next step for the actor – a notable departure that bravely eschewed the typical Eurocrime mechanisms and the guaranteed domestic box office that came with them, in favour of something altogether more outré. 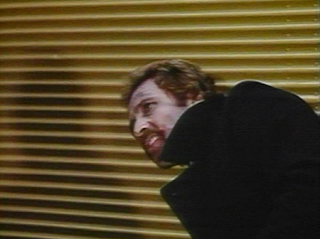 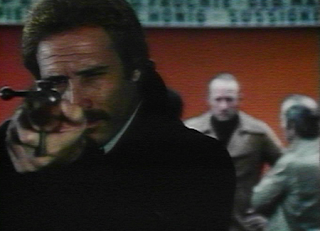 Private eye, Wally Spada isn’t having much success in Rome. He spends his days waiting for clients and playing darts with his partner Vinnie (Massimo Vanni), but things seem to look brighter for Wally when he is finally hired by a wealthy Viennese banker to find his kidnapped daughter. As the trail leads him from Italy to Austria, Wally encounters deadly danger, the seductive stripper Brigitte (Joan Collins), and a sinister conspiracy involving the prostitution of young girls… 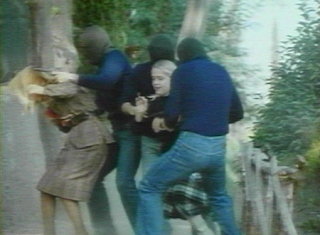 Perhaps it shouldn’t come as a surprise that Massi’s film is decidedly leftfield in context of the Italian crime canon. For all the Mark the Narc’s of Massi’s directorial output, there was Emergency Squad (1974), a crime picture that dealt less with frantic car chases and blazing shoot outs to focus instead on the characterization of its cast. Later on in his career, the filmmaker demonstrated a willingness to work outside the confines of Eurocentric crime with Black Cobra (1987), a film that added overt Blaxploitation tones to Massi’s ouvre.

Fearless marks an intriguingly separatist approach to Stelvio Massi’s contribution to the genre, one now at the crepuscolo phase of its cycle, and does so in a number of interesting ways…

First, there is the film’s opening title sequence. Hazily edited with a succession of clips from the subsequent action and in accompaniment with Massi’s longtime collaborator, Stelvio Cipriani’s throwaway theme, it plays out like a hastily put together botch job – redolent of a failed TV pilot intro – a stylistic approach that grates with the unfurling tone of the film itself.

Most significantly, there is the odd switch in tone that comes with the films move from Italy to Austria. The first quarter of Fearless, set in Rome, is best described as referential schtick.. Massi might begin his picture in true Eurocrime style – a super slow motion kidnap attempt by thugs dressed in balaclava’s and brandishing firearms that are foiled by the foliage lurking Merli who hops out and takes well some aimed shots, but from here on in, for the first 20 minutes at least, Fearless has something of an unusually mirthic flavour to it. Wally frequently uses a tired telephone gag (with no-one on the other end) to dupe the police and rival private detectives, he bursts in on a fat old lady having it away with a scrawny weasel and lounges around in his apartment (adorned with movie posters featuring Robert Mitchum and Paul Newman in The Mackintosh Man). His partner Vinnie takes the notion of pastiche one step further with an odd nod to Taxi Driver when he does his best Travis Bickle impersonation.

Almost as soon as Merli has departed for Austria though, to begin his investigation, the film adopts an altogether more dour and serious approach. Against type, Merli is quickly set upon by the bad guys, chased and beaten with little opportunity to fight back. Indestructible in previous roles, the actor here is vulnerable, frightened and cautious. Moreover the subject matter – dealing with a child prostitution ring leaves little room for the previous comedy. The seedy world of Viennese strip joints and the equally seedy people who populate them become the central focus and the innocent victims of this world are brutally dealt with in a truly shocking manner. Here, in Fearless, the familiar concerns Maurizio Merli has for the welfare of children (see Italia a mano armata, Napoli Violenta et al) are retained, though crucially resolved, in a depressingly downbeat fashion… 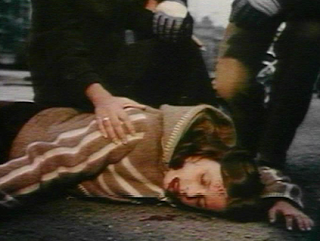 Whereas in Emergency Squad, Massi had turned the volume down on the flamboyant and expressive Tomas Milian – transforming him into a sullen, monosyllabic sulk). Merli, typically austere in emotional range, is directed here in amplification. His final acts, at the film’s climax and upon revelation of the horrible truth, are especially dramatic and stand well apart from the bulk of his performances mustered in other features.

Elsewhere, Gastone Moschin is barely recognizable from his career defining role as Ugo Piazza in Milano Calibro 9, and adds a touch of humour to proceedings as the straight laced Viennese private eye, and Joan Collins is perfectly cast as the Ice Maiden Brigitte, a complex femme fatale who balances love interest duties with total villainary. 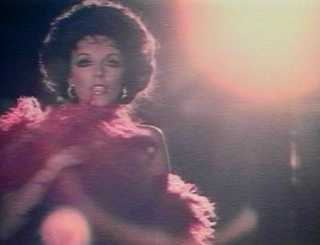 Ultimately though, Fearless is a frustration. Whilst it clearly plays with the boundaries of the Eurocrime cycles, it teems with ideas that don’t translate particularly well to film.
Best enjoyed by genre fans as an appendix in the development of polizio, Fearless is an interesting, though flawed, piece of work from one of the genuine Italian Genre Auteurs…