The titular "Bonnie" died a couple of years before the story in the film took place, leaving her two daughters in the care of an alcoholic, perverted step-father. One night, the eldest catches their legal guardian trying to rape the younger sister, so she reacts by grabbing a shotgun and blowing ol' step-dad to smithereens. The sisters proceed to dispose of the body before hitting the open road, fleeing for who-knows-where. They end up with their estranged uncle, who just so happens to be wealthy and in charge of what appears to be a modeling agency of some sorts. Little do they know, their uncle is also involved in some criminal activity on the side. The older sister, Ellie, unintentionally gets involved in said criminal activity when her uncle sends her out of town to retrieve a package, which - much to Ellie's surprise - contains hundreds of thousands of dollars in cash. When she and a hunky private investigator she meets along the way try to split with the cash, it isn't long before a couple of goons (Alex Rocco and Timothy Brown) are on their tail. Meanwhile, the younger sister, Myra, is entertaining their uncle's lonely (and much younger) housewife while he's at work. 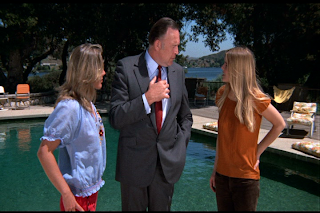 BONNIE'S KIDS, for the most part, is a road trip movie that focuses primarily on Ellie and her male companion as they're being pursued by thugs. It seems that everyone who reviews this movie are quick to point out the certain characters and scenes that appear to have been an influence on Quentin Tarantino when he made PULP FICTION, but not I. That being said, there are a few Easter eggs in the film, but you'll have to find them yourself should you choose to seek it out. Speaking of other filmmakers, Russ Meyer is a director who immediately comes to mind when watching this film. BONNIE'S KIDS isn't as over the top as a typical Meyer film, nor does it feature evidence of a ginormous breast fetish on the director's part, but the desert setting of the film's road trip aspect is a familiar aesthetic of Meyer's films, and the bratty, foul-mouthed Myra would seem right at home as a character in any given film from the legendary Sexploitation director. 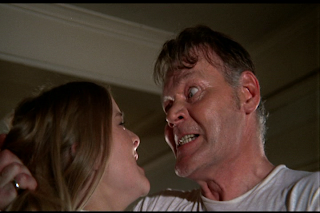 At over 100 minutes in length, the film's pacing reflects the fact that it's a tad overlong, but at the same time there's not a whole lot that could have been cut out. By splitting the sisters up and having them in different sub-plots of the film, it allows for room to breathe when the story jumps back and forth between the two, but it also stretches the running time out significantly. This, on top of the fact that it's not to most entertaining film in the first place, may cause the casual viewer to tune out, but anyone with an appreciation for black comedy and the politically incorrect exploitation films of the 70's may find sitting through BONNIE'S KIDS to be a rewarding experience. 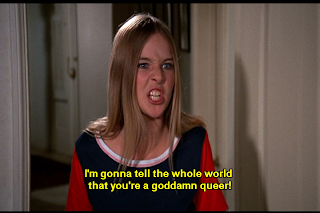 The highlight of the film, for me, is the stunning Tiffany Bolling, who plays the eldest of "Bonnie's Kids". A mere glimpse of this tanned, blonde, blue-eyed, tightly-sculpted woman with girl next door qualities was all it took for me to disagree wholeheartedly with the film's tagline of Thank God she only had two! I would have been perfectly fine with this Bonnie gal having a whole litter of children if they looked even as remotely attractive as Eleanor. Bolling doesn't have much of a film career to speak of, but she's starred in a handful of cult and exploitation movies, including THE CANDY SNATCHERS and THE CENTERFOLD GIRLS. And, according to a reliable source, she wasn't shy about exposing herself in front of the camera either. 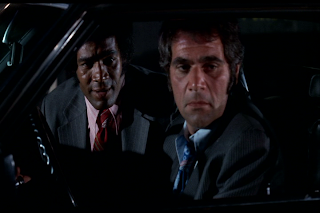 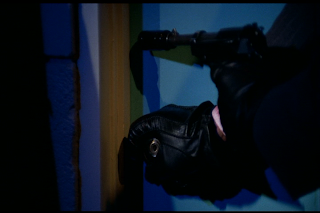 Director Arthur Marks started out as a television director before transitioning into the world of exploitation cinema, turning out such Blaxploitation films as BUCKTOWN and FRIDAY FOSTER, to name a few, before calling it a career in 1980.

Aside from the pacing and it not being as raunchy as I would have hoped (brief nudity from both lead actresses), BONNIE'S KIDS is a fun and surprisingly well-made exploitation film. It should also be noted that the picture quality of the Dark Sky release is crisp, with a high contrast that allows the vibrant colors throughout the film to really pop. To take a trip down memory land and read a review of BONNIE'S KIDS written by the man who picked it for me to cover, click HERE.