It would only make sense to cover the first MANIAC COP to go along with this review, which I planned on doing, but I just couldn't find a whole lot to say about it. If any of you out there are unfamiliar with the MANIAC COP movies for whatever reason, they're a series of slasher movies about a New York cop who supposedly comes back from the dead and goes on a killing spree. The first one mostly focuses on establishing the titular "Maniac Cop" Matt Cordell as a mysterious killer who roams the streets of New York City at night while some less-maniacal cops try to track him down. It's essentially more of a police procedural than a traditional slasher, whereas the sequel is a bonafide slasher movie with a high body count.

MANIAC COP 2 picks up almost immediately where its predecessor ends, with Robert Z'Dar once again reprising his role as Matt Cordell. How Cordell recovered from the violent conclusion of MANIAC COP isn't important, but it should be noted that his face now looks like a jack-o-lantern. Following the events of the first film, the characters played by Bruce Campbell and Laurene Landon (both cops) are forced to see a psychiatrist before they get put back on active duty. I won't say whether or not they go on to play as important a part in this film as they did in the first, but I will say that the film nicely transitions the old with the new by bringing in certain characters from the first and establishing a new set of characters, including a bad-ass cop named Detective McKinney, who's basically replacing the Tom Atkins "Ahab" character from the first movie. McKinney's establishing scene is great, as he's painted to be a renegade cop who won't hesitate to bust a cap in a muhfucka, even if that muhfucka doesn't necessarily deserve it. 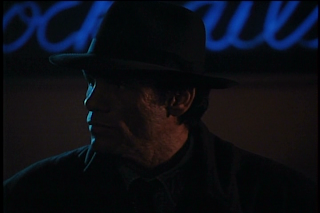 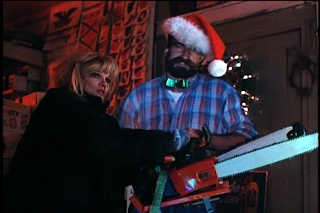 The structure of MANIAC COP 2 is interesting in that there's another plot thread involving a different stripper-hating serial killer that eventually interweaves with the main plot thread of Matt Cordell's killing spree. In a strange move, Cordell teams up with the other serial killer when he suddenly breaks into a stripper's apartment (a Latina stripper with magnificent breasts by the way) and comes through with the assist when he helps the serial killer escape just as the cops arrive. Their relationship is odd for a number of reasons, but mostly because Cordell initially follows the serial killer around like a puppy dog, which is a strange sight since Cordell towers over the serial killer who basically looks like a dirty hobo. 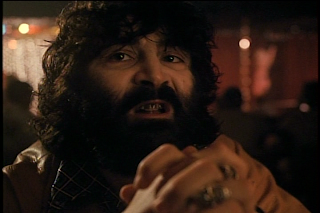 Despite being pretty over the top, this film doesn't come close to director William Lustig's MANIAC in terms of unbridled sleaze and violence, but there's still a significant amount of grime with this film, especially in comparison to the first MANIAC COP. It's not a particularly mean-spirited film so much as it's just absurd; the character actors in the film who play the thugs and criminals all chew up the scenery like nobody's business, the appearances of the bad guys are accentuated by the fact that they have rotten teeth, and Lustig's apparent fondness for actors with pock-marked faces adds to the overall unpleasantness of the naturally sketchy New York City aesthetic. Black character actor Clarence Williams III in particular stands out with a scenery-chewing performance for the ages as a psychotic inmate. 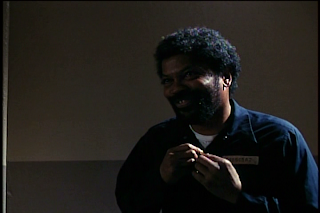 MANIAC COP 2 is much more satisfying in terms of it being a slasher movie, but there's still quite a bit of information revealed regarding Cordell's back story. One of the things that I like about the exposition in this film is that Matt Cordell is almost made out to be an urban legend of sorts, which is something that the previous film didn't do since the character of Cordell was an unknown entity at the time and had yet to be established. In terms of violence, highlights include an ironic sequence where some cops are at a shooting range and Cordell shoots back at them from behind the targets, and a memorable set-piece where Cordell goes ape shit in a precinct and blows dozens of cops away while effortlessly walking through panes of glass. Another highlight of the film is a scene where some Hispanic crackhead robs a convenience store and makes the cashier scratch lottery tickets. 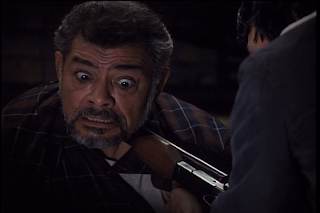 Personally, I prefer the first MANIAC COP because it does a better job of capturing the old-school New York City vibe that I'm crazy about when it comes to cinema, and also because I liked the cast in that one quite a bit more (Campbell, Atkins, Landon, William motherfucking Smith). There are people out there, though, who are big fans of the second MANIAC COP, and I can totally understand why. As I said, it's immensely more satisfying as a slasher movie, and it's too ridiculous of a film to not be enjoyed by fans of horror and exploitation cinema. Unfortunately, because of rights issues or whatever, the widescreen print of MANIAC COP 2 is unavailable, but I heard a rumor that Lustig recently acquired the rights to it and plans on releasing a cleaned-up version of the film one of these days, which would be great, as I believe this film deserves so much more than a bare bones release with a cropped full-screen print.