Indian legend has it that a shape-shifting Cobra goddess (also the goddess of fertility) contains the much sought-after Stone of Immortality. In order to lure out the Cobra goddess and capture her, one must first capture her male counterpart and essentially "hold him for ransom". For centuries, many have tried to do just that, only to meet a tragic end. In present day India, a foreigner with brain cancer attempts to claim the Stone of Immortality with the help of some local thugs-for-hire, thus drawing out the mythical Cobra goddess who assumes the form of a stunning young woman. Heartbroken and looking for her lover who's been snatched out of the jungle, the snake-woman goes on a people-eating spree (amongst other things, like climbing light poles while naked), which gets the attention of a homicide detective, setting the stage for an inevitable showdown between the three central characters. 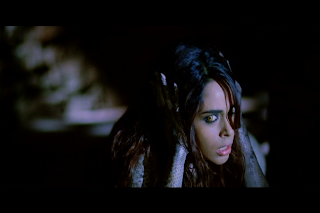 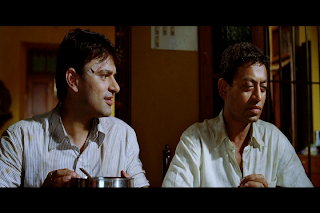 I first heard about HISSS about two or three years ago when promotional stills of actress Mallika Sherawat in her snake-woman makeup surfaced online. I remember being quite intrigued by those pictures and have been anticipating the film's release ever since. A year passed. Nothing. In fact, since seeing those promotional stills, Lynch put out another film called SURVEILLANCE, but yet this project seemed to be sitting on the back-burner for whatever reason. It's been shown at festivals and whatnot, but it wasn't until about two years after first seeing those stills I mentioned earlier that HISSS finally turned up on streaming sites in North America, and now in February of 2012 on a bare-bones DVD release.

Now, I wouldn't exactly call HISSS a terrible movie, but it is very uneven in many ways. Knowing that it's a joint production between the USA and India, as well as the rumor that Jennifer Lynch disowned the film during the editing process because of creative conflicts, it's no surprise that this film is a mess. Apparently Lynch wanted it to be a love story, and whoever ultimately got control of it turned it into more of a horror movie. Whatever the case, the best way that I can sum up HISSS would be that it just reeks of missed opportunity. Lead actress Mallika Sherawat, who plays the snake goddess, is the best thing about the movie and, in my opinion, the best possible person they could have gotten for the film, and I say that despite being incredibly under-watched when it comes to Bollywood cinema. I'm sure there are better actresses out there than Sherawat, but her role in this film didn't necessarily require "acting" so much as it did someone with a strong screen presence. One thing that I can give Lynch credit for when it comes to this film is that she took full advantage of the stunning Sherawat, who just might be one of the most photogenic women on the planet. She makes climbing a light pole look sexier than it has any right to look. On that note, I never wanted to be a light pole so much in my life. 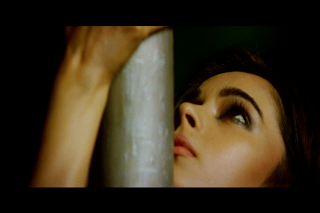 Another positive aspect of the film, which also ties into Sherawat, is Robert Kurtzman's impressive makeup work. Yay for practical effects. Throughout the movie, we see the snake woman in various stages of transformation, similar to a werewolf, or in some cases a vampire. The creature design itself isn't particularly unique. and in fact the snake woman looks very similar to the vampire version of Salma Hayek in FROM DUSK TILL DAWN (which Kurtzman also did the makeup for), but it doesn't make it any less astonishing. One of the standout sequences in the film is the initial snake-to-woman transformation scene, which is an impressive sight to behold for even the most seasoned of horror fans, but then again this also partly has to do with how amazing Mallika Sherawat looks during the process, even despite being covered from head to toe in mud. On that note, I never wanted to be mud so much in my life. 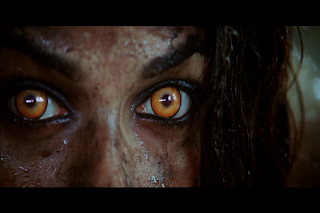 So yeah. Lovely lead actress, great makeup effects. What else? In general, HISSS is actually shot really well and it looks better than you'd expect from a movie like this. Unfortunately that's about where I draw the line when it comes to naming the film's redeeming qualities. Jennifer Lynch seemingly had all of these great ingredients for what could've been a unique and sexy little horror movie, or at the very least a campy and absurd film that could've gone in a splattery direction, but the ball appears to have been dropped somewhere down the line. 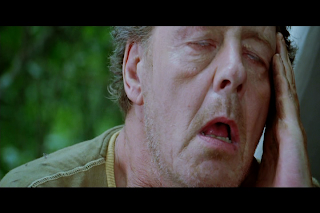 One of the film's biggest problems is its sluggish (or snake-like?) pacing. Also, there's way too much of the cop character in the film and not enough of the snake woman. This wouldn't be the problem if the whole police procedural element wasn't boring as shit and the actor playing the cop wasn't as dull as he is here. As a whole, the plot seems to take a backseat to a bunch of why-is-this-happening-right-now? moments that have very little significance. Once the characters are established, HISSS meanders quite a bit, only to play catch-up in the last twenty or so minutes by tying up all the loose ends as quickly as possible. On top of that, the villain is weak. He basically just looks like some crazy tourist who constantly has migraines. And the dialogue? Horrendous. The bad definitely outweighs the good when it comes to this movie, but I've seen much, much worse. In my opinion, HISSS is more disappointing than it is bad. Worth a curiosity viewing, but don't go out of your way to see it.