Five strangers are chosen to appear on the reality show, for which the rules are quite simple: stay in an isolated house for six months with limited resources while every second is broadcasted over the internet, don't leave the property under any circumstances whatsoever, everyone wins one million dollars. If anyone leaves, everyone loses. The contestants are seemingly tested throughout the film, but it becomes unclear to everyone involved if the psychological and emotional tests are in fact part of the show or if the strange occurrences are being caused by a mysterious presence legitimately stalking and playing mind-games with them. 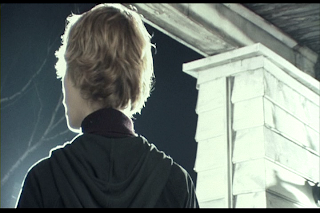 MY LITTLE EYE doesn't waste any time setting everything up. The film skips the casting process (the characters are introduced through brief clips of their casting videos as we get their names and the gist of their personalities) and throws the viewer right into the reality show as it's happening, as the film is presented in the same manner in which it would be seen by voyeurs on the internet: hidden and not-so-hidden cameras that are installed in seemingly every wall and corner of the house. The film as a whole has a slight Soderbergh-ness about it when it comes to the aesthetic and the surveillance-style positioning of the cameras, although not as deceptively slick as the cinematography in Mr. Soderbergh's films. 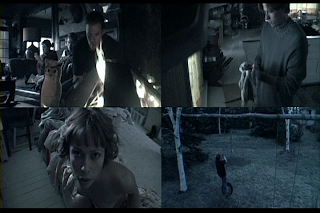 As I alluded to, the orientation period is brief and the explanation of everything isn't served on a silver platter to the viewer. Fortunately the film manages to - for the most part - successfully develop the characters and establish the severity of the situation for some of the home's temporary residents as it goes on. Speaking of the characters, it's little things like the film not going the PC route and utilizing an ethnically-diverse group of characters that I appreciate. However, the characters are stereotypes and actually comparable to the characters in... well... a lot of films, but particularly SCREAM more than any other movie I can think of off the top of my head, which is funny since MY LITTLE EYE is taken into self-referential territory by one of its characters, but thankfully it's done so in a way that's not too much. 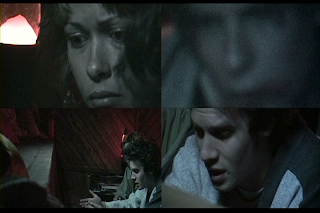 A good man once said "The less you know about (MY LITTLE EYE) the better, much like another recent film that takes place in a cabin in the woods." This is true. The less said about the movie the better, which is why I haven't really gotten into the characters and the plot too much. It's not a film with a Shyamalan-esque twist ending, nor is it a film with a surprise around every corner; it's just a movie that's tricky to talk about because of its structure. I will say that I was pleased with the cast members despite their characters being done to death (literally and figuratively) in other horror movies before it and since, with Kris Lemche in particular turning in a standout performance as the smart-ass of the group, Rex. Speaking of the cast, I'd advise you not to look at the IMDB page if you haven't seen this movie yet and are interested in doing so, because someone turns up in it who's since gained A-list status in Hollywood, so it's a bit of a nice surprise to see this person. Also, great use of a Peaches song in the film. 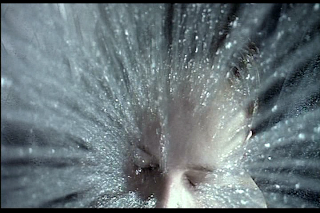 To be nit-picky, it seems the filmmakers went a little overboard with the fake surveillance camera set-up, even going so far as to show that there's a miniature camera installed in a pen, as evidenced by the pen-o-vision scene when Emma is writing a letter; not sure what the point of the pen camera was, but whatever. While MY LITTLE EYE isn't particularly original or surprising in any way, it's fairly entertaining, intriguing in spots, paced well, and generally better than other films of its ilk for a number of reasons I may or may not have already mentioned.