While at the HorrorHound Weekend convention in Indianapolis, I came across the Western Evil booth and was immediately in awe of the t-shirt designs on display. I would've bought one of everything if it was up to me, but alas I was broke at the time, so instead I just asked owner/operator/mastermind Neil Autry to answer 13 Questions and give everyone a little insight into the mind of the man behind the clothing company that is Western Evil. Enjoy and check out the links below to do some shopping or to see what Neil's up to on a regular basis. 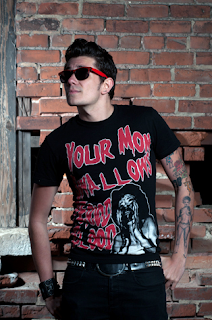 1. Who are you and where are you from?
My name is Neil Autry and I'm not from anywhere worth mentioning.


2. Where might people know you from?
I am the designer and owner of Western Evil clothing. So if you have ever seen that "Your Mom Swallows Period Blood" shirt. That's me. My mother is so proud.


3. When it comes to what you do, who or what are your major influences?
I am very inspired by Malcolm McLaren and Vivienne Westwood's clothing from the late 70's, Andy Warhol, and loud fast music.


4. What four peoples' faces would you put on your own personal Mt. Rushmore?
Macho Man Randy Savage, Col. Sanders, Elvis Presley, and Nic Cage. These are the guys who Ive modeled myself after and should be honored in this way for sure.

5. What's the last album you bought?
The last album I picked up was my friend Wednesday 13's Calling All Corpses.

6. What are the last movies you saw in theaters and on DVD/Blu-Ray?
The last movie in theaters I went to see was the Expendables 2 and it was awful. I picked up a Tremors collection on DVD 1-4! 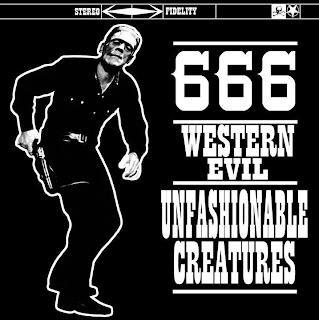 7. What's the last podcast you listened to?
The Ricky Gervais Show.

8. What's the last video game you played?
WWE '12. I'm a huge wrestling nerd. I spend hours creating a character that looks like me. So I can beat women with chairs legally. 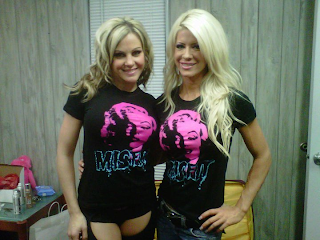 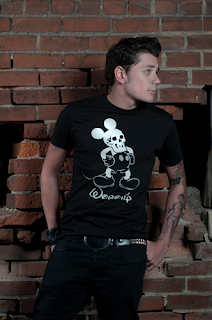 9. What's the last book you read?
I'm actually reading The Truth About Elvis right now. A friend gave it to me. It's got Elvis looking like Jesus in some clouds on the cover. It talks about his power of psychic healing and UFOs. So yeah it's pretty bad ass.


10. What are your favorite sports teams?
I'm not a big sports fan. Does Bo Jackson still play for the White Sox. My answer is Bo Jackson.


11. What cartoon or comic book character can you relate to the most?
My friends always tell me I remind them of Xander Cruise from Frisky Dingo. I don't see it though.

13. If you could spend the day at an amusement park with one person from the entertainment industry, who would it be and why?
Kate Upton, just so I could try to finger her on the ferris wheel. 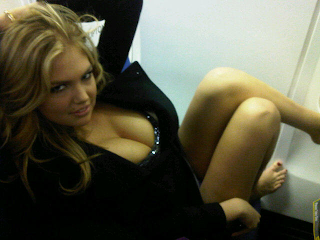