As if it wasn't obvious enough by the title, I'LL ALWAYS KNOW WHAT YOU DID LAST SUMMER is part of the post-SCREAM "...LAST SUMMER" series that came out in a somewhat over-saturated slasher market in the late 90's. This is the last in a trilogy of films and it has very little to do with the two that preceded it other than the fact that it's basically a re-hash of what already happened in the previous movies. The characters and events of the first two LAST SUMMER movies are briefly referenced here as a means of setting up the legend of the Fisherman killer. 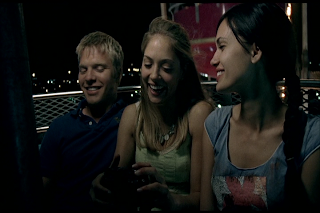 Basically, the legend of the Fisherman is established as a group of friends try to spook each other at the town fair. Mentions of the killer are made, as well as the fact that he resurfaces every July 4th and kills teenagers. Suddenly, as if on cue, the Fisherman himself emerges from the shadows and goes ape-shit on the fair grounds, pursuing the group of friends and slashing at anything that gets in the way with his giant hook. Unbeknownst to everyone outside of a handful of the teenagers, this is merely a prank that they're playing just to get a rise out of people and have some fun. Unfortunately for the teens, a member of their group tries evading the Fisherman by pulling some gnarly stunts on a skateboard and ends up dying when he wipes out and gets impaled on a large pole. The friends obviously feel guilty for what happened, but they keep the entire prank a secret because, well, they're a bunch of bratty, spoiled white kids who have no integrity. Cut to a year later and... well, if you've seen any of the previous LAST SUMMER movies, I shouldn't have to tell you what happens. 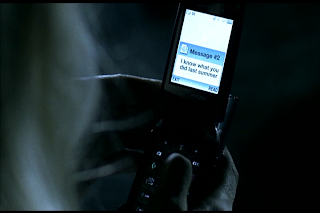 Once the rushed set-up is out of the way and the stage is set for the main characters to be stalked and hunted by the killer, it's clear that there's not much rope being given in terms of you being able to invest in the characters. In other words, they're all pretty annoying and not very likable. As for the chick who's set up to be the Final Girl, she's not so much unlikable as she is uninteresting and shallow. But, I guess that's kinda the point. At the end of the day, these are not good people. They fucked up, did something stupid, and got one of their friends killed, and the whole point of the movie is that they get their comeuppance, but the Final Girl at least has enough self-guilt to the point where you can sort of feel sorry for her.

One thing that stuck out to me right off the bat, naturally, is how cute the actresses are. I don't recognize any of them from anything else, and I'm too lazy to look them up to see what else they've done, but cute actresses are always a plus when it comes to slasher movies. It's like Dario Argento said: "I like women, especially beautiful ones. If they have a good face and figure, I would much prefer to watch them being murdered than an ugly girl or man." 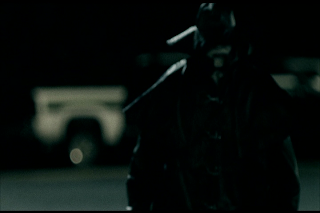 Another thing about this movie worth mentioning is the insane amount of cheap jump scares, which basically consist of a someone appearing on screen accompanied by an unnecessary loud noise when you least expect it. There are a couple of points in the movie, though, where the cheap-scare method actually works (well, it worked on me anyway), especially a moment towards the end of the film that involved a mannequin falling on someone and me almost dropping a deuce in my shorts. Almost as weird as the amount of random jump scares is the fact that, whenever a new character is introduced, someone has to call them by their name so the audience knows who they are. Furthermore, one of the positives of the film (and a pleasant surprise for that matter) was its look. It's very hyperstylized at times, it has a cool grainy look, and there's a lot of music video-style editing and flourishes. The visuals aren't mind-blowing by any means, but they're still surprisingly good.

One of the female characters, Zoe, is an aspiring musician. During the year that passed following the prank-turned-fatal at the beginning of the movie, she went on to form a rock band for which she provides vocals. I was immediately overjoyed by this, as fictional bands in horror movies are one of my favorite 80's horror conventions and something you just don't see in a lot of horror films these days. Fictional bands in horror movies are usually terrible (unless they're fronted by Jon Mikl Thor, in which case they're amazing), but they're always amusing to watch and listen to. Sometimes the fake songs that they plan can take on lives of their own and become highlights of these types of movies. As for Zoe's band, they play a song during an artist showcase towards the end of the movie, and, yes, they're terrible, but not as terrible as the Nu Metal, Linkin Park wannabes that play after them. 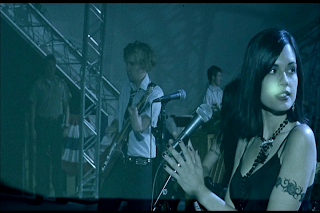 Don't let the score below fool you; I quite enjoyed this movie. Yes it's kinda pointless and not very good, but I can overlook a lot of this movie's flaws as a huge slasher fan. Is there really a point to basically telling the same story that the first two movies did but with a smaller budget and less recognizable actors? Other than exploiting the franchise for money, no, but the same thing could be said about some of the FRIDAY THE 13TH movies. The thing is, at least each of the FRIDAY movies - whether you liked them or not - had something unique to offer, for better or worse, whereas this one doesn't give the viewer much that the other LAST SUMMER movies didn't already provide. Still, though, I'LL ALWAYS KNOW is a formulaic and fairly predictable slasher with cute chicks and a shocking supernatural twist that I wasn't expecting (don't worry, my revealing that won't ruin the movie for you). No gratuitous nudity, though, which is a bummer. There are certainly worse ways you can kill ninety minutes. Oh, and Don Shanks is in it!