Whether it be best friends or siblings, there's something about movies about relationships that spiral out of control that just work. You can tell the same story that's been told many times before and it never seems to get old. Perhaps it's because these relationships hit close to home for many of us; not in the sense that we all desire to commit criminal acts with our friends or those close to us, but because of the tight bond that exists between the characters in these movies. The camaraderie, the trust, the loyalty, the companionship - it's all there, even when the shit hits the fan, and I'm sure a lot of us have had someone like that in our lives at some point or have longed for that sort of connection with someone. Sometimes those relationships fade over time and people go their separate ways, but you'll always have a connection to that person deeper than most people will be able to comprehend. This week, I'll be reviewing two films that focus on friendships that are either doomed or misunderstood depending on how you look at them. On one hand, we have a friendship between two people so tight that they were ordered by the court of law to stay away from each other for the rest of their lives, and on the other hand we have a friendship so strong that it transcends death.

Peter Jackson's HEAVENLY CREATURES is based on the true story of the Parker-Hulme murder case that took place in 1950's New Zealand. Teenager Pauline Parker killed her mother with the help of her best friend Juliet, and the narration throughout this film is taken straight from Pauline's diary as she documented everything leading up to the murder. But instead of focusing on the murder itself and the subsequent trial, director Peter Jackson and wife/co-writer Fran Walsh wanted to make a movie about the girls and shed some light on the intense friendship they had, which, in the process, would explain why they did what they did. Unlike most movies that are "based on true stories". HEAVENLY CREATURES doesn't go out of its way to exaggerate the truth for the sake of making a better movie. Whether it's a testament to the lives that Pauline and Juliet led or not, most of what happens in the movie is what happened in real life, and the more fantasy-based scenes of otherworldy beings are merely interpretations of the imaginary world that the girls created for themselves. 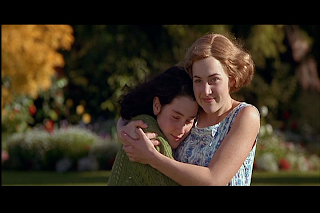 Something about botched, clumsy violence in film makes me cringe more than even the most absurd, splattery horror-movie violence. I first saw HEAVENLY CREATURES back in the 90's, and it was the inevitable act of violence that takes place towards the end of this film that bothered me so much that it caused the movie and its images to stick with me over the years. And it wasn't just the act of violence itself that bothered me, but the context of it as well. HEAVENLY CREATURES, up until the very end, just isn't that type of movie. It's a very "adult" film for lack of a better term, and there are some scenes throughout it that are just downright bizarre, but it's also a very bright, colorful, and occasionally romantic film about two people who love each other in their own unique way. To see the relationship play out the way that it ultimately does adds to the shock value of the film's final moments. 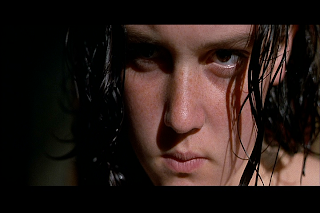 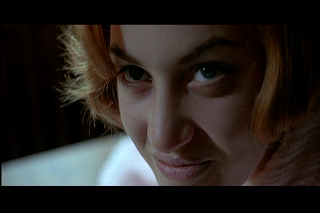 Peter Jackson has had one of the most interesting and diverse careers as a director. Nowadays he's stuck in the LORD OF THE RINGS fantasy world, and as much as we all want him to break out of that and do something else, we should be happy for him; he's essentially making genre films and he's making a lot of money and winning awards while doing so. But, if you go back and look at his filmography, you'll find one of the goriest (and funniest) horror movies ever made and a film about vile puppets who do drugs and have sex with each other. What we can easily gather from his diverse bodies of work is that he's a bold and enthusiastic filmmaker, and those qualities come through in HEAVENLY CREATURES. Jackson tells the story of Pauline (Melanie Lynskey) and Juliet (Kate Winslet) in a way that's loyal to them while still managing to make a visually-ambitious film and getting a chance to play around a bit. 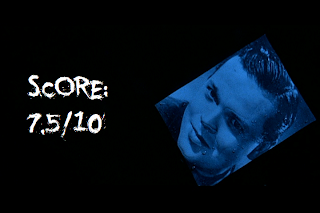 HEAVENLY CREATURES marks the on-screen debuts of both lead actresses, Kate Winslet and Melanie Lynskey. While Lynskey didn't gain as much superstardom as Winslet, she more than holds her own here, as the introverted Pauline, and demands attention with one of the best scowls to ever grace the screen, but it's Winslet, as the mischievous Juliet, who shines and immediately establishes herself as a force of nature. The acting here is top-notch and appropriately mad given the nature of the story, and Peter Jackson manages to remind the viewer that there's indeed a director behind the camera without taking away from the performances or distracting from the movie. The camera work is urgent and Raimi-esque for lack of a better term, and there are moments of visual trickery throughout that will impress and amaze anyone who watches this film. One complaint would be the pacing and the fact that the movie sometimes feels much longer than it really is, but HEAVENLY CREATURES, for the most part, is a wonderful and disturbing film.

Next is a film that one wouldn't think to pair up with HEAVENLY CREATURES, but they both bear some obvious similarities. Jean Rollin's LIVING DEAD GIRL is a French horror film that tells the story of Catherine Valmont - a beautiful young woman who comes back from the dead after being exposed to toxic fumes and, because she doesn't know she's dead, immediately returns to her old home which is in the process of being sold. While there, she finds her old pictures and is overcome with memories of her best friend from childhood, Hélène, and somehow manages to reach out to her. The two reunite, only for both to realize that Catherine - who constantly appears in a trance and is unable to speak - is now a monster who must feed on human blood in order to survive, and each of their reactions to such a revelation is much more different than you'd expect. 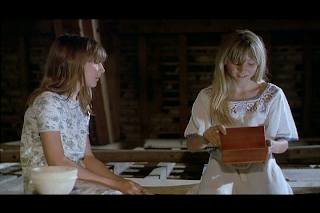 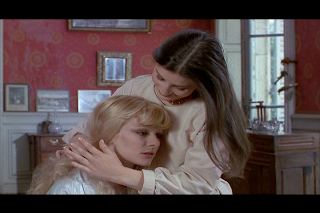 LIVING DEAD GIRL firmly plants itself in the horror realm thanks to some recurring, over-the-top gore sequences, but this is also a deceptively romantic film about a bond between two friends that defies death, which is even more surprising when you consider that LIVING DEAD GIRL is directed by someone who was known more for horror-based erotica and, to extent, sleaze than anything else. What makes the friendship between Hélène and Catherine so touching as the film plays out is that it's revealed they made some sort of morbid blood-pact when they were children, which basically states that whoever dies first will "follow" the other one in some form or another. That being said, Catherine is basically fulfilling her promise, be it consciously or otherwise. 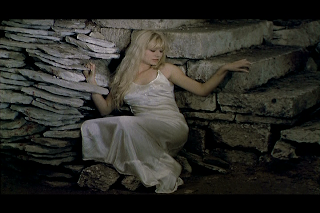 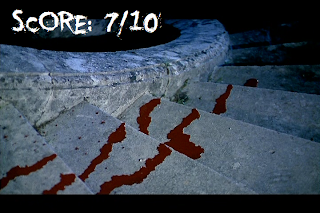 Even despite a ninety-minute running time and a plot thread involving a tourist couple - one of whom snaps a photo of Catherine and later becomes obsessed with trying to identify her - LIVING DEAD GIRL feels like it overstays its welcome at times and perhaps would have been better as a short film or with about ten or fifteen minutes trimmed off. Rollin's films have a reputation of being slow, and such is the case with this one. It's also a frustratingly quiet film at times, but that just comes with the territory of an atmospheric horror movie such as this. One could argue that the story and the idea of LIVING DEAD GIRL would be better off in the hands of another director, but Rollin brings certain visual and tonal elements to the film that couldn't have been duplicated by anyone else, which is why this movie is special in its own way despite its flaws. I'm sure Rollin fanatics are rolling their eyes at this, but whatever. I, for one, am a fairly big admirer of this film. LIVING DEAD GIRL combines excellent Gothic imagery, sloppy gore, dying people who scream like newborn babies, and a deep and ironic story about a tragic relationship to great effect.