John's Album of the Week: Everlast "Eat at Whitey's"

Holy crap was 1998 a bad year for music. Aerosmith and Celine Dion ruled the charts with their movie ballads "I Don't Wanna Miss a Thing" and "My Heart Will Go On" respectively, and bands like the Goo Goo Dolls and Matchbox 20 were making washed-out radio-friendly pablum for the masses with songs like "Iris" and "3am". Amongst this dreck, a single was released from the lead rapper of Hip-Hop band House of Pain - a band mainly known for being Irish white-boy rappers who had a couple of hits with "Jump Around" and "Shamrocks and Shenanigans". The single by Everlast (né Erik Francis Schrody) was called "What It's Like" from his second solo album (and first since the breakup of House of Pain) WHITEY FORD SINGS THE BLUES. It showcased a different side of the musician, singing with a well worn but tuneful voice, he sang three tales of impoverished people and how we should not judge until we've walked a mile in their shoes; the next single, "Ends", showcased a similar sensibility. WHITEY FORD SINGS THE BLUES exposed Everlast's new hybrid sound to the modern rock and Alternative scene, leading to a collaboration and a Grammy win with Carlos Santana for their song "Put Your Lights On" from Satana's blockbuster album SUPERNATURAL. 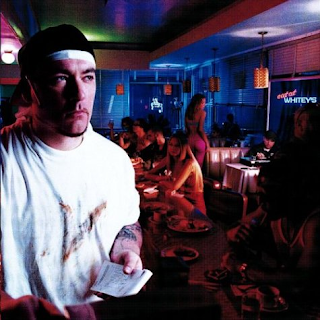 Fresh off his Grammy win, Everlast released his 2000 album EAT AT WHITEY'S. The album furthered Everlast's experimentations in genre-mashing, incorporating Hip-Hop, Neo Soul, Folk, Blues, and even elements of Drum 'n' Bass and Progressive Rock (the last two in the same song, a second Santana joint "Babylon Feeling"). Everlast brought in numerous guest collaborators including Merry Clayton (of "Gimmie Shelter" fame) singing harmonies on the track "Black Coffee", N'Dea Davenport on the contemplative "Love for Real" and "One and the Same", Hip-Hop artists Kurupt and B-Real (Cypress Hill) on the tracks "One, Two" and "Deadly Assassins" amongst others (Cee-Lo, Rahzel, Warren Haynes). Music that mashed up genres were nothing new at the turn of the millennium, nor were Hip-Hop artists crossing over into the "Alternative" scene (Everlast's old band mate from House of Pain, D.J. Lethal, was a member of chart-topping Rap Metal band Limp Bizkit), yet there was something about Everlast's soulful baritone that sucked me into this album and gave it a cohesiveness that many other genre-mashers were missing. Everlast, who suffered a major heart attack during the making of WHITEY FORD SINGS THE BLUES, sounds like he's singing for redemption on this album; the songs follow themes of lost love, mistakes made and paths not chosen, as well as continuing the pleas of understanding for societies underprivileged that he started on the previous album's singles. This album had a major effect on me and if I were ever to make a list of my favorite album of the aughts, it would surely be near the top. I passed along some of the more soul-infused tracks off this album to my dad who was curious after hearing his collaborations with Satana and he has become a fan as well.

Everlast continued his urban troubadour persona on the 2004 album WHITE TRASH BEAUTIFUL,  2008's  LOVE, WAR AND THE GHOST OF WHITEY FORD and the 2011 "Occupy movement"-tinged SONGS OF THE UNGRATEFUL LIVING. None of these albums hit me quite as hard as EAT AT WHITEY'S, but all have things to recommend them. If you're looking for something of an underrated album with contemplative and soulful songs you could do worse then this album. 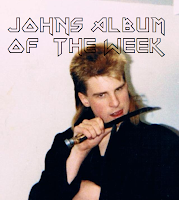